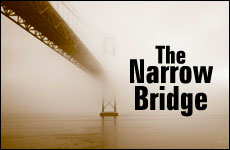 Coming to grips with my father’s untimely death.

“I’m sorry, Madam, but your husband has just died.”

Years passed before my mother had the strength to share with me that dismal conversation in the corridor with the hospital’s head nurse.

We were a happy family. My childhood was blessed. I had loving parents who owned a candy store. Our large extended family lived nearby. All of us went to the same school and synagogue. Since my grandmother lived with us, our house was always full on Shabbat and festivals and also in between. What more could a child want?

Sunday afternoons, Dad and I would go walking on the open plains of London’s Hampstead Heath. We would enjoy the changes of the seasons, especially in the autumn when, wrapped up well against the blustery wind, our boots would crunch over carpets of golden leaves. In winter, we collected acorns and “conkers”, the dried fruit of the horse-chestnut tree and raced over the frozen ground. He showed me the beauty in God's creation and that everything has its season and mustn't be taken for granted.

But one spring, while the flowers in the garden were busy budding and blooming, Dad took to his bed with sudden, unexplained fatigue. He deteriorated rapidly and was hospitalized.

My 14th birthday came and went with low-key celebration. One day a friend invited me to sleep over which caused a dilemma: do I enjoy some fun with my friends or visit Dad? The hospital visit won. When it was time to leave, Dad hugged me goodbye. I left with my mother, promising to come again in two days time.

The next evening, Dad said he felt exhausted. Then with my mother sitting by his bedside, he closed his eyes and passed away.

My new reality hit me with a sledgehammer. Our family circle was broken forever.

The week of the shiva passed in a blur of well-meaning relatives and friends, prayers and words of Torah, but I found no comfort.

My new reality hit me with a sledgehammer. Our little family circle was broken forever. In an instant, life changed and I would never again feel the naive happiness of childhood. My wall of security had been breached, self-confidence dashed to pieces. Before, in my immature psyche, each parent held one of my hands and each clasped the other’s in a tight three-way knot; now my mother and I were left dangling in the universe. I couldn’t understand how we would survive. I couldn’t accept that he was gone. On Friday nights in particular, his empty chair at the Shabbat table was too much to bear and I frequently dissolved into floods of tears and escaped to my room.

For his yahrtzeit, to my mother's horror I rebelled and insisted on wearing my white raincoat and new lipstick. I couldn’t accept that what was left of him was a plot of ground and a white marble headstone, even though I could see his name engraved in black bearing witness to his last physical place on earth. I didn't then have the words or the knowledge about our neshama, our soul, but in my young heart I felt, I knew, there had to be more.

I had had him for only 14 short years, but in time I questioned if that was really true. He was 49 years young. Had he fulfilled his purpose and mission in this life? What did I really know of him?

Memory is the greatest traitor of all. As years of life experience accumulate, memory gets buried under the layers and what remains is the essence, the feelings produced by the experience. As I reached his age and passed it, I was saddened that I couldn't remember my father's face. I had to go through old photos to remind me of how he looked, how he would stand with his arms folded, how his glasses sat on his nose and how he buckled his belt and tucked his shirt in tight like in old-fashioned movies, and how he parted and slicked his hair down with Brilliantine.

Memory is the greatest traitor of all.

I couldn't remember his voice or if he sang or how he read stories to me, although I know he did from others telling me. I know he was gentle and kind and should have been a teacher, according to my mother. But I had no time to know him as an adult and I had no warning that life would stop and change forever. I had no warning that I would never have the opportunity to see him age and talk to him from my advanced years.

Before the age of Technology, I only had my memory to go on and it wasn’t enough. I sorted through my small collection of bits and pieces, black and white pictures, well-worn books, shirt cuff links, his watch, British Forces records and medals from the Second World War, but did they give a picture of the man? It was a great yearning for something that was lost and irretrievable.

And yet, I now know for sure that he is always with me and always has been. Teenage confusion slowly unfurled like flower petals, guided by life's events to reveal a clarity that there is a whole other dimension to our being on this earth. As a child I sensed the "beyond" but was unable to articulate what was in my heart. I was taught about "Olam HaBa" – The Next World, I sang songs about Guardian Angels, and prayed daily: Modeh Ani: Thank You Lord for returning my soul. But how much can a child understand the depth and strength of such truths? A great lesson I learned from my dad was that the more he learned, the more he understood he had yet to learn.

When it was my turn to become a parent, as I lay on the hospital bed in the delivery room, I was fearful. I tried positive thinking: I told myself zillions and trillions of women have succeeded in this before me – I can do it, too! But, in fact, my salvation came in the imagery of two holy, strong hands that cradled and supported me and I was miraculously no longer alone and afraid as I recognized that God was with me.

That image has sustained and strengthened me many times since, both through regular life events most families experience and irregular, turbulent times too: a child's cancer; my husband's open heart surgery; a teenager's Post Trauma Distress; a soldier's physical and emotional wounds; the surgeries endured by a little grandchild, just to name a few. Spiritual uplift is an experience I strive for and the more I open my eyes, the more I see the everyday miracles that are available for all of us.

Death is not the final shutting of the door.

With my new knowledge came the understanding that burial is merely a stage in the vaster scheme of creation. At the funerals of close friends recently, I saw that Death is viewed in the tears of the mourners left behind as the final shutting of a door. But now I know it is merely the passing from our human dimension to the higher spiritual world: “The whole world is a narrow bridge,” as the song goes, “And the main thing is to have no fear at all.”

Often, in the middle of completely mundane occupations, like waiting for a bus or visiting someone or playing with a grandchild, suddenly the unbidden thought of my dad envelops me like a welcoming blanket and I know that his spirit is near. If I could just catch those fleeting moments…

I was once waiting for the traffic lights to change at a busy downtown intersection that was undergoing renovation work. The pavement and tarmac road had lost their boundaries in a mess of ridges and ruts. A bus came hurtling round the corner towards me when suddenly a hand pulled me back by the shoulder just in the nick of time. I turned immediately but there was no one there. I was alone at the intersection.

Tears welled up and I knew it was my dad. He is never far away.

Experiencing the Awesomeness of God in Casper, Wyoming

Reality Knocks
What Makes Eli Run?
The Tyranny of Materialism
Science Enters the Mysterious Inner World of Consciousness
Comments
MOST POPULAR IN Spirituality
Our privacy policy