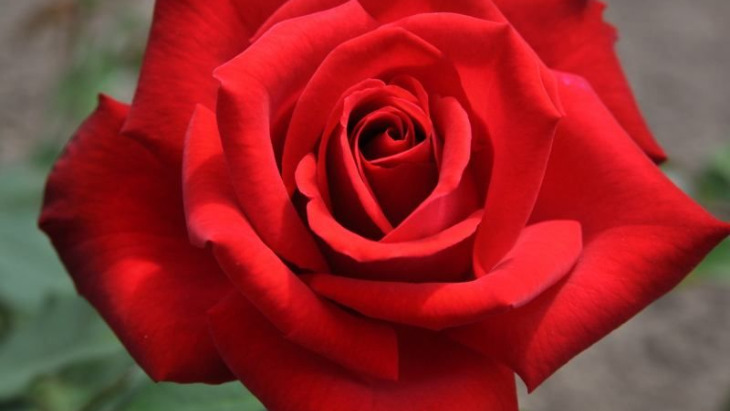 From flowers at Sinai to cooking with flowers.

Flowers are an integral part of Jewish life, from the beautiful bouquets many families place on Shabbat tables to the floral displays in many synagogues on the holiday of Shavuot. Rich allegories in the Torah and Jewish literature compare the Jewish people to flowers in bloom.

Here are 8 Jewish facts about flowers.

Jewish tradition relates that at one of the most pivotal moments in Jewish history, when the entire Jewish people assembled at the base of Mount Sinai to receive the Torah, this normally barren desert mountain was miraculously covered with greenery.

In commemoration of this beautiful moment, many shuls are decorated with flowers on Shavuot, the holiday celebrating the giving of the Torah.

Flowers on the Menorah 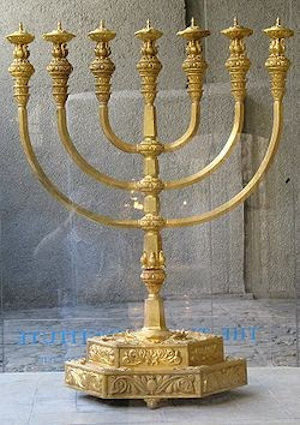 Flowers were an integral part of the Menorah, the beautiful gold candelabra that burned day and night inside the ancient Jewish Temple in Jerusalem.

Soon after the Jews left slavery in Egypt, God instructed them to build a tabernacle – a travelling Temple – in which to worship in the desert. A central element of this holy place was the Menorah, which was decorated with magnificent flower-shaped carvings. Composed of seven branches, the Menorah had a motif of almonds, gold knobs and golden flowers (Exodus 25:31-33).

Jewish People Are Compared to a Flower

Jewish texts compare the Jewish people to a precious flower, worthy of being loved and cherished. "Like the rose maintaining its beauty among the thorns, so is My faithful beloved among the nations,” (Song of Songs 2:2).

After leading the Jews out of Egypt to freedom, some of the ancient Israelites, led by Korach, rebelled, challenging Moses’ leadership. Korach and his followers declared that it was unfair for Moses to appoint his own brother Aaron as High Priest in charge of worshipping God,

God intervened to put a halt to the rebellion, swallowing Korach and his followers into the ground. Afterwards, God announced that He would send a sign to prove that Aaron was the rightful High Priest: leaders of each of the twelve tribes came together, bringing their staffs. They each wrote their name on their staff, then planted these long-dead pieces of wood into the ground. “It shall be that the man whom I shall choose – his staff will blossom…” God announced (Numbers 17:20).

A miracle followed and Aaron's staff brought forth beautiful buds of the almond tree, a sign that Aaron was their rightful spiritual leader.

Each spring it’s customary to recite a prayer the first time we see the new flowering of a fruit tree. Typically recited in the Hebrew month of Nissan, it’s possible to recite this springtime prayer in a different month if you live in a climate where fruit trees don’t flower in Nissan.

On seeing the blossoming, say:

Blessed are You, Lord our God, King of the Universe, Who has made nothing lacking in His world, and created in it goodly creatures and goodly trees to give mankind pleasure. 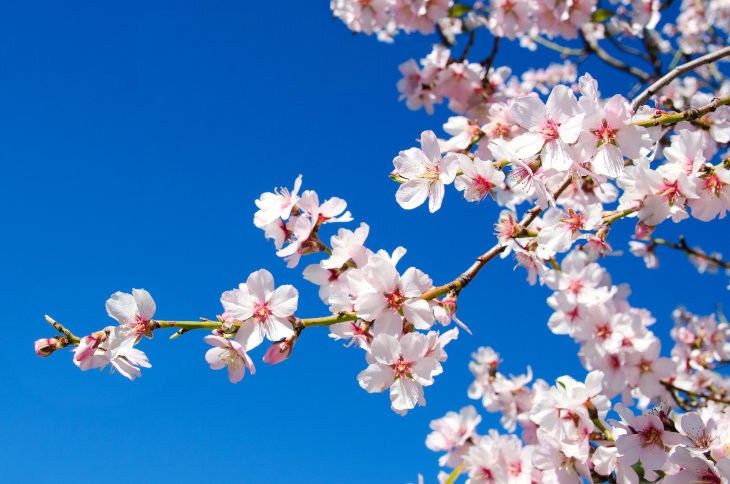 Other Jewish blessings celebrate the beauty of flowers, whatever time of year. Upon smelling the flowers of a tree or a shrub (such as roes), recite:

Blessed are You, Lord our God, King of the Universe, Who creates fragrant trees.

Upon smelling a flower that is growing in grasses or herbs, it’s customary to say:

Blessed are You, Lord our God, King of the Universe, Who creates fragrant herbage.

The Torah describes God as containing deep wells of mercy. After departing Egypt, the Jews camped in the desert at the foot of Mount Sinai; Moses went up the mountain to receive the Torah. While Moses was gone, some Jews became restive, doubting that Moses would ever return. In their desperation, they built a golden idol in the form of a cow. When Moses descended the mountain holding stone tablets containing Torah, the sounds of idolatrous revelry greeted him: he was so incensed that he threw them down where they broke.

Instead of giving up on the Jewish people, however, God gave us a second chance. Once more Moses ascended Mount Sinai to receive the Torah. Before He bestowed it, God gave Moses a timeless formula for accessing God’s mercy in times of trouble, listing thirteen attributes of Divine mercy. “God, God, Compassionate and Gracious, Slow to Anger, and Abundant in Kindness and Truth; Preserver of Kindness for thousands of generations, Forgiver of Iniquity, Willful Sin, and Error, and Who Cleanses…” (Exodus 5-7). Jews continue to invoke these 13 qualities today; they are prominent part of the liturgy on Yom Kippur, when we ask God to forgive our sins.

Using poetic imagery, the Jewish mystical work the Zohar opens with a powerful description of Israel as a precious rose surrounded by these thirteen attributes of mercy.

The image invokes the words of King Solomon: “As the rose among the thorns, so is my love among the maidens” – a passage that is traditionally seen as a metaphor for God’s love of the Jewish people (Song of Songs 2:2). “What is the rose?” asks the opening lines of the Zohar. “It is the Community of Israel… Just as the rose among the thorns is tinged with red and white, so is the Congregation of Israel affected by the qualities of Judgment and Mercy. Just as a rose has 13 petals, the Assembly of Israel is surrounded on all sides by the thirteen attributes of Mercy.” (Zohar 1:1a).

For centuries, Jews have cooked with flowers. Rodomilon was an ancient jelly made by Jews in the Middle East that contains quince and roses (Jastrow Dictionary).

Food historian Gil Marks notes that cooking with roses and rosewater was so common in Middle Eastern Jewish communities that the holiday of Shavuot – when many Jews decorate their homes and synagogues with flowers – was sometimes also known as the Festival of Roses. “Accordingly, Middle Eastern Shavuot fare is frequently flavored with rose water, and rose-petal preserves are commonly served with the meal.” (Quoted in Encyclopedia of Jewish Food by Gil Marks: 2010.)

“The old people in my family smelled of roses,” explains Claudia Roden, another Jewish food historian who grew up in a tightly knit Jewish community in Egypt. “Houses too smelled of flowers, because petals – rose and jasmine especially – were left in bowls and were sometimes scattered on the floor. Distilled rose and orange-blossom waters were used to flavor puddings and pastries.” (Quoted in The Book of Jewish Food: An Odyssey From Samarkand to New York by Claudia Roden: 1996). Roden also describes Jewish cooks using the delectable flavors of other flowers such as orange blossoms and orchids in their recipes.

Unsurprisingly, given flowers’ beauty and the prominent role they play in Jewish thought, there are many beautiful Jewish names related to flowers. Here are a few popular floral names.

Dalia – this means “branch” or “shoot” in Hebrew, and also echoes the name of the flower dahlia.
Irit – this is a lovely flower found in the Middle East, called asphodel in English
Nurit – buttercup in Hebrew
Raizel – rose in Yiddish
Sigal – violet in Hebrew
Shoshana – rose in Hebrew
Yasmin – jasmine in Hebrew 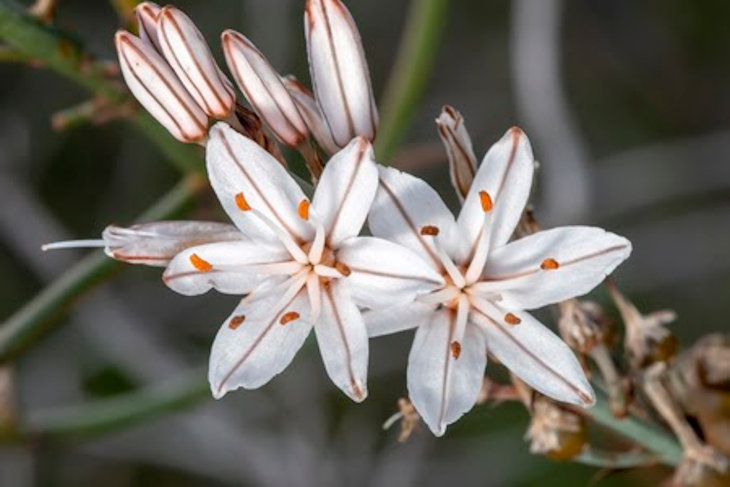 The Jews of Syria: A Lost Civilization

Israel & FDR’s Secret Correspondence with the Saudi King
Morality and Abortion: Three Views
There Are No Limits
Adam and Eve Were Vegan
Comments