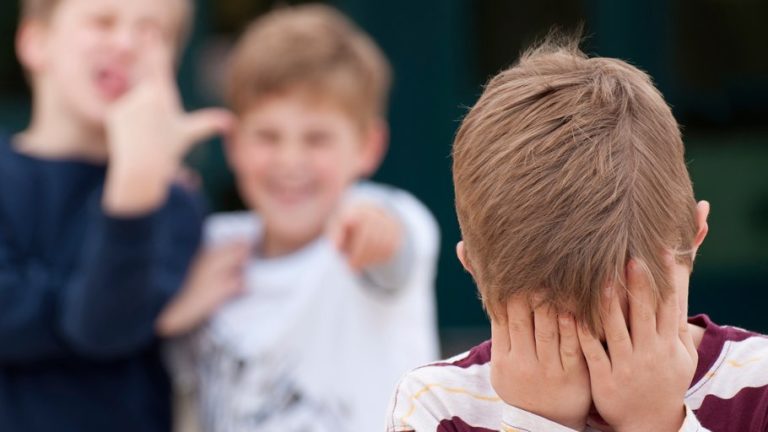 Judaism advocates a zero-tolerance policy when it comes to cruelty and bullying.

Bullying is a global pandemic. According to US government statistics, over 20% of American high school students were bullied on school property in 2015. And that number doesn’t even capture bullying that took place online and at home. A 2017 study in Britain found that half of all girls there have been bullied on social media. Rates of bullying against adults online and in the workplace are sky high and growing, too.

Here are five ways we can help stop bullying.

1. Listen to victims and believe their story.

According to the US Government’s “Stop Bullying” initiative, most victims of bullying don’t tell anyone what’s happening. Up to 75% of American students who’ve experienced bullying don’t tell their teachers, though they seem slightly more likely to try and confide in a parent. Fear of not being believed or taken seriously is a major impediment to reporting abuse. Online bullying can be particularly hard to spot.

“Take it seriously if your child tells you they’re being bullied online or with text messages,” advises Dr. Stephen Leff, co-director of the Violence Prevention Initiative at Children’s Hospital of Philadelphia.

The Torah prohibits all acts of oppression that can harm others. Hillel said, “What is hateful to you do not do to others. That is the whole Torah; the rest is commentary. Go learn” (Talmud Shabbos 31a). The Torah advocates a zero-tolerance policy when it comes to cruelty and bullying.

“You shall not stand aside while your fellow’s blood is shed – I am God” (Leviticus 19:16). We each have a crucial obligation to step in and intervene when we know that someone is being persecuted, harmed or otherwise victimized.

That is the conclusion of Dr. Christina Salmivalli, a researcher on bullying in Finland, who helped found a global anti-bullying campaign called KiVa (Finnish for “nice”). Bullies thrive on making others feel weak and humiliated: putting others down enhances the bully’s social status. When bystanders refuse to be impressed by bullies, Dr. Salmivalli found, bullying becomes less effective.

Dr. Salmivalli has found that about 20% of people laugh and join in when they witness bullying behavior; these witnesses become part of the bullying problem. About 35% stand by and do nothing. And about 17% of bystanders tend to speak up in defense of the victims of bullying. Victims of bullying typically recount that the worst aspect of being bullied wasn’t the taunting by the bully themselves: it was the fact that other people nearby joined in laughing and didn’t come to their aid. “If you even have one defender” in a bullying situation, Dr. Salmivalli concluded, that can profoundly alter a situation and help victims feel less alone.

While our first duty is to help the victims of bullying, understanding what motivates bullies can help us address the situation and aid the bully himself who is also hurting. There are times when reaching out to a troubled individual with sensitivity can help break their cycle of bullying and help start them on a new course. This may mean helping bullies receive professional help.

According to US Government data, bullies are more likely than other people to exhibit a range of antisocial behavior; they drop out of school, carry weapons and abuse drugs and alcohol at higher rates than non-bullies. Bullies are also more likely to come from homes where conflict is the norm. Bullies are more likely to commit crimes and go to prison, and are at greater risk of suicide. When possible, reaching out to help stop this downward spiral can help bullies profoundly improve their future.

Every US state has anti-bullying legislation; most rich countries have laws prohibiting bullying and mandating that school officials and others take action when bullying occurs. This means that when confronting bullying, we don’t have to go it alone. Dr. Stephen Leff, co-director of the Violence Prevention Initiative at Children’s Hospital of Philadelphia, advises parents of children who are bullied: “What we often tell parents is set up a meeting with the principal, stay calm – then to find a point person at the school that their child can talk to when there’s a problem.” He advises parents to ask for a written plan detailing how the school is going to address the bullying, and explaining how they will monitor the situation to prevent a reoccurrence.

Bullying that’s banned in school might migrate to another location such as social media. Sadly, bullying takes time to eradicate and constant vigilance to address. Don’t give up. The more allies we have, the greater our support system, the more effectively we can be in combating bullying.

According to the US Government’s “Stop Bullying” initiative, those who seem at all different in some way – children who speak a language other than English at home, those who are overweight or underweight, those who have health or learning challenges – are much more likely to become bullied.

As Jews, many of us can relate to this targeting of people who seem outside the mainstream. We are particularly sensitive to the antidote to singling out others for attack. The Torah relates that mankind was created “in the image of God” (Genesis 1:27). Every person is worthy of respect despite our differences. For thousands of years, Jews have taught our children this message, and it’s crucial we continue to send the message that bullying won’t be tolerated.