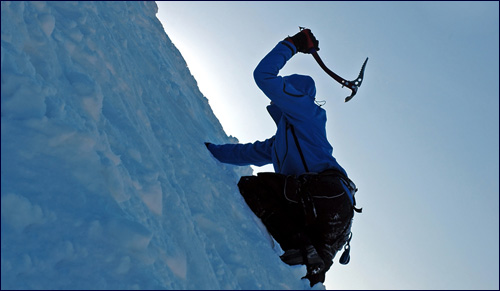 Faith, optimism and the love of a community join forces to help a woman fight a near-fatal diagnosis.

I was devastated when I learned that my dear friend Esther Chana had stage 4 ovarian cancer. She is one of my favorite people in the world, and I am in very good company; her fan club overflows with people from our community.

Whether in person, over the phone or even via email, you can feel Esther Chana’s full attention, caring, wisdom, humor and love focused on you. She is a therapist and her psychological insights are so astute they are uncanny. Some years ago I confided a deeply troubling problem to her and we discussed it from time to time. She offered an utterly life-changing insight about my situation that no one whom I had taken into my confidence had thought of.

In her kitchen she has a refrigerator magnet that says, “As a matter of fact, I AM a rocket scientist!” because she did that too, before becoming a therapist.

When I first heard her news, I was angry at God. Hadn’t Esther Chana and her husband, Avraham, been through enough? Their trials were ongoing, sometimes numbing in their frequency. For years she had lived with chronic pain, the result of a serious car accident and the corrective surgeries that had left her with painful internal scar tissue. During the financial downturn beginning in 2009, her therapy practice was cut in half, and Avraham lost his job as well, entering a lengthy dry spell before he found adequate work again. Her aging parents had chronic health problems and Esther Chana was often by their side in the emergency room. A few months before her diagnosis, they were flooded out of their apartment for many months. 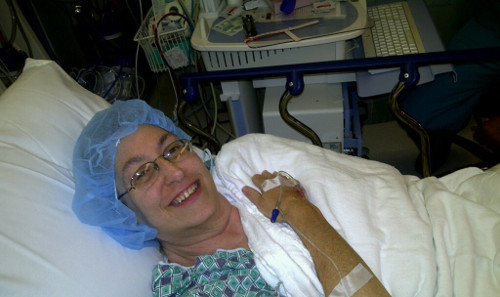 And far worse than all of those things put together, Esther Chana had lost her only child, Avital, when the toddler was less than two years old.

“No, not Esther Chana!” I cried out. “God, You give her test after test and she never complains. Who survives stage 4 ovarian cancer? She doesn’t deserve this! It’s not fair!”

Because Esther Chana was part of the lifeblood of our community – hosting Shavuot-night learning in her home, keeping an open house most Shabbat afternoons for the singles who flock to her for friendship, dating advice and even shidduch suggestions (she has made four successful matches so far), and hosting Yom Tov meals for up to 30 at a time – the women in our community instantly rose to help with anything and everything needed.

Perel Dena gave Esther Chana weekly massages to help with her muscle pain. For an entire year, Ellie cooked macrobiotic and organic meals for Shabbat and Yom Tov. Sharon designed t-shirts, shopping bags and mugs that read “TEAM STRYKER” for all of “the troops.” Avraham suggested the name and the logo after the Stryker armored combat tank used by the U.S. military. Stryker was also the brand name of the hospital bed where Esther Chana lay during her stays at Cedars-Sinai Hospital. Above the tank were the last lines of Psalms 20 which is recited in times of distress.

Karin, another Team Stryker member, discovered a small article about ovarian cancer research in a magazine at a gym she had gone to on a whim. The information in that article led Esther Chana’s doctors to change her diagnosis from ovarian cancer to an undetermined type of cancer, still stage 4. Though the new type of cancer was even more aggressive than ovarian cancer, it was more responsive to treatment.

Esther Chana and her husband are close with Rabbi Simcha Weinberg, and at Avraham’s request, Rabbi Weinberg convened a gathering for her friends on Tisha B’Av, teaching us how to pray for a recovery. During the gathering, Rabbi Weinberg, who also has endured multiple, life-threatening medical challenges, asked us all to say why we felt we could not imagine life without Esther Chana, and suggested that we boldly “demand” that God heal her. Shmuel, a single man in his early 30’s who had converted to Judaism, offered, “Esther Chana and Avraham are my ‘Jewish parents,’ and I am counting on both of them to walk me down the aisle when I get married one day,” he said. This was one of the most powerful moments for me.

The surgery to remove Esther Chana’s cancer also removed half her stomach muscle. Her prognosis remained precarious. Still, she announced to her doctor, “When I get to my five-year mark clear of cancer, I’m going ice climbing in June Lake,” referring to a tiny mountain town in the Eastern Sierra Nevada mountains known for its skiing and where Esther Chana and Avraham loved to go each winter.

The doctor looked at her, paused, and then broke into a wide grin. “I think that’s fabulous!” he said.

“I know that suffering is supposed to be one way that God tells you He loves you,” Esther Chana once said to me. “I’m not angry and I’m not afraid, but I think I have enough love, thank you.”

She also told me, “One of the hardest things for me is having had to take so much from people when my impulse is to give all the time. This has been an important lesson for me.”

Slowly, slowly, Esther Chana healed. Cancer had wreaked havoc with her body but couldn’t touch her astounding optimism and steely resolve. Last year, she and Avraham walked Shmuel down the aisle at his wedding. And despite the heavy side effects from her surgery and aggressive chemotherapy, including chronic pain from neuropathy, gout and diabetes, she began training for her ice climb in June Lake. She went through four trainers before she settled on a Romanian athlete named Ciprian, who at first thought her goal was crazy. He soon saw that Esther Chana was seriously determined, and he believed in her. 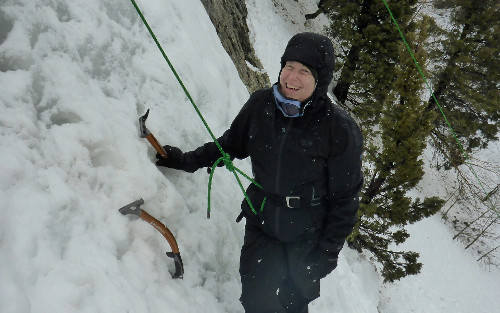 Two weeks after her climb, Esther Chana hosted a seuda hodaah, a celebratory meal of thanks marking an occasion we had all barely dared to dream we would see: five years cancer-free. “I never asked myself, ‘Why me?’ but ‘Why cancer?’” she told us that night. “I believe that pain is prescriptive. Sometimes I got frustrated and started to push away from God. I had to learn to accept what God was prescribing to be close to Him and accept it with gratitude. I got to a point of zero anxiety and fear. Ultimately, I got to a point where I accepted that for some reason, I needed the cancer to be close to Him.”

Avraham filmed his wife at the climb, and we watched it in their apartment that night. The snow was slushy from rain, making the climb that much more arduous. In her snow suit and boots, she was tethered by a harness to the belay rope, and smiled broadly at the camera as she looked up at the snowy heights. In the company of most of the other members of Team Stryker, I watched her take the inverted ice axes that she used as trekking poles and determinedly plunge them, one after the other, as she made a nearly vertical ascent. 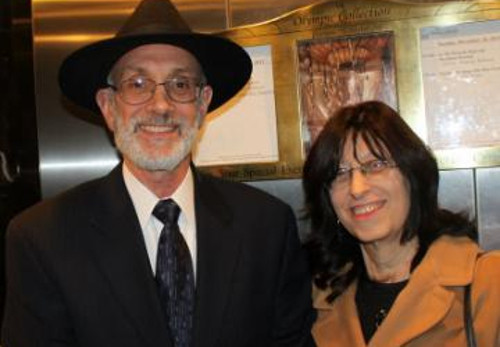 We all watched with tears of joy as we celebrated the remarkable recovery of a remarkable woman. Esther Chana, who hated the idea that she had become a taker and not a giver, may still not appreciate how much she continued to give all along. We witnessed her fortitude and willpower to heal, her steadfast commitment to grow and not become embittered, and her strengthened faith in the face of a nearly fatal illness.

What Judaism Taught Me, a Christian, about the Sanctity of Life

The Horse in the Gate

Bruce Springsteen and Me
Vayelech 5783: Regret and Repent
Rabbi Sacks: Focus On the Important, Not the Urgent
Put Your Foot Down: Are Human Feet Poorly Designed?
Comments
MOST POPULAR IN Spirituality
Our privacy policy
Aish.com Is Looking for Great Writers