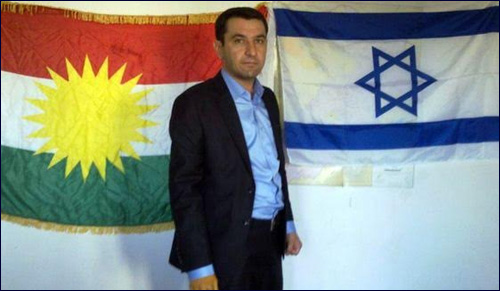 Nothing will deter him from standing up for his beliefs, even a terrorist attack that cost him his arm.

Sherzad Omer Mamsani is proud to be a Kurdish Jew and is letting the world know it. Nothing will deter him, even a terrorist attack that cost him his arm and left shrapnel in his legs. “This is my calling. How can I run away from it? This is my history. This is my faith. This is not something I do just for a living. It is my life.”

Kurdistan’s director of Jewish affairs since 2015, Sherzad welcomes any Jews who might come to visit for business or tourism. “Jews would be surprised to find that they are freer and safer here than in certain European capitals,” he asserts. He would like to revive Jewish life and see a synagogue in every town. As Iraqi Kurdistan’s first Jewish leader, he spearheaded the first Holocaust Remembrance Day ceremony in Kurdistan in May. 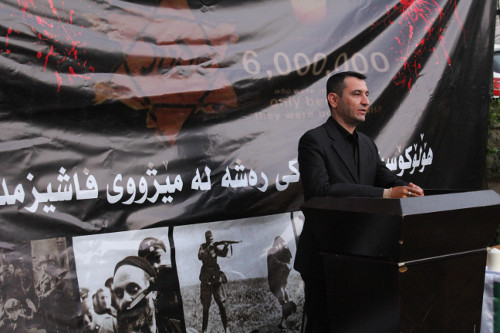 “I am proud I am a Jew because of my ancestors here in Mesopotamia building human civilization...under the oppression, injustice, slavery, genocide and displacement.”

Born in 1976 to a Jewish mother and Muslim father, Mamsani hid his identity for years—but has been proudly asserting his Jewishness for the past two decades. In 1997, he wrote a book about Kurdish-Jewish relations—resulting in death threats and three terrorist attacks. In a later book he explored the rise of Islamic extremism in Iraq.

His father belonged to the Peshmerga (translated as “those who face death”), nationalist fighters for an independent Kurdish state who were key in toppling Saddam Hussein and lately have been battling ISIS militants.

As Mamsani explains, “We were hiding our identity in Iraq twice. First because my father was Kurdish Peshmerga and second because my mother was Jewish. My mother was afraid to talk about her religion. We celebrated Jewish holidays very secretly in our home.”

He didn’t learn about Islam at home, but along with other minorities, from Yezidis to Zoroastrians, was made to study it in school.

It’s hard to say how many Kurds claim Jewish roots. “There are no formal statistics about religious minorities in Iraq,” Mamsani says. “They aren’t counted at all.”

Among those with a distant family connection are Kurds who were forced or chose to convert to Islam to stay safe and are called Ben Jews. Others kept their religious identity secret and practiced Judaism covertly for over 70 years.

In the 1940s, Iraqi Jews suffered terrible discrimination and violence. The Arabic word Farhud refers to a bloody pogrom carried out against the Jewish population of Baghdad in 1941 that led to the flight and deportation of Jews from Iraq. Many fled to Israel in the 1950s. 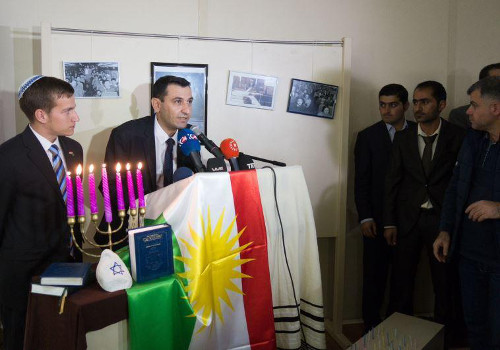 Fast-forward to 2015, when the Iraqi Kurdistan Regional Government passed the Law of Minorities, which gives every religious community the right to create a representation office. “We now have the freedom to choose and declare our faith and to live it openly,” says Mamsani.

Described as quiet and even shy, Mamsani speaks up for national acknowledgment of the Farhud. He helped orchestrate a ceremony in Kurdistan last November to mark the expulsion of Jews from Iraq seven decades ago. Consular, political and nongovernmental officials attended.

He has asked the government of Iraq to give an apology to the Jewish people. 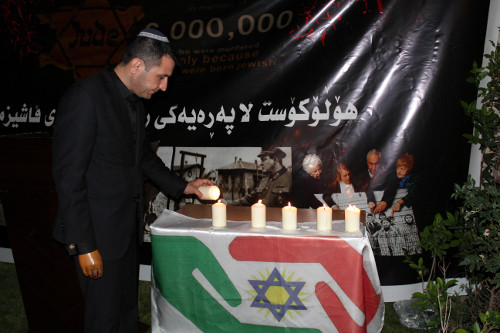 His future ambitions include restoring Jewish history and civilization that existed in Babylon, whose ruins lie in Iraq, and healing relations between Kurdish Jews, Muslims, Christians, Kakayis, Zoroastrians, and others. The challenges are many. They include financial and political support as well as national security. Mamsani begs the world to acknowledge the genocide of the Yezidi people by ISIS since 2007.

“We ask the international community to protect our civilization and remove the threat by regional countries and terrorist groups that have no civilization. They want to impose themselves and occupy our civilization in Babylon and Mesopotamia. I ask the international community and people of other countries to support the government and people of Kurdistan to protect our religions and minorities. Religious freedom is worth fighting for.”

Despite all the challenges, Mamsani remains hopeful. He keeps moving forward, vowing that nothing is impossible. “I should not be forced to hide who I am or feel ashamed for my beliefs. I proudly stand with my fellow community members.”

Learning How To Speak To Generation X

Evangelizing the Jews, Part 2: Who is Most Vulnerable?

Bradley Cooper’s Fake “Jewish” Nose
For Every Individual, A Torah Scroll
Allegiance To The Monarch
Meet the Real You: Yom Kippur
Comments
MOST POPULAR IN Israel
Our privacy policy
Aish.com Is Looking for Great Writers