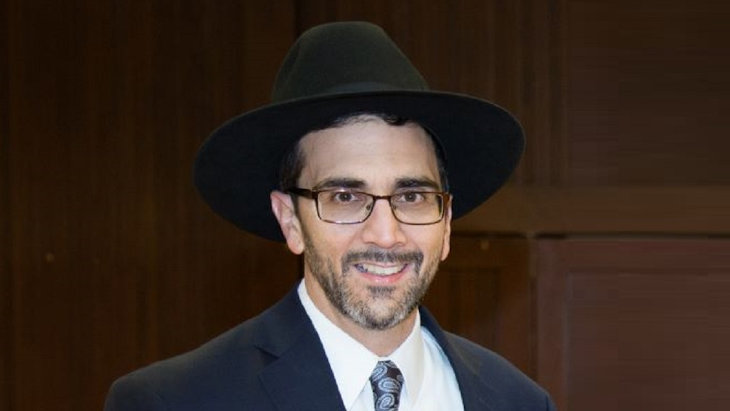 For the past three and a half months, I would get the email: Can you please bake challah for the merit of a complete healing for Refoel Yakov Chaim ben Malya Lieba?

And we baked. Women, girls, grandmothers worldwide. The emails kept pouring with entreaties to pray, joyful progress, and heartbreaking updates. An absolute roller coaster of emotions but we were all holding on tight.

On Monday morning, July 13, 2020, the last email pinged into our inboxes: Baruch Dayan HaEmes. Mr. Yakov Henigson, who fell ill Shabbos HaGadol with coronavirus and remained in the ICU almost the entire time, had passed away.

Even though I never met him, I cried with a broken heart.

Mr. Yakov Henigson was a quiet man. The man who unlocked the shul in the wee hours of the morning before the sun came up, and then sat learning until sunrise. He wanted to know about you and if you needed help, but he didn’t need you to know him.

Yakov was a Vice President, Actuary at Prudential Financial Life Insurance, yet when asked what he did for a living, his answer would always be: I work as an actuary.

It was only during shivah that his friends and family found out just how prestigious a position he held in the company. During his career, he was offered numerous promotions that would greatly benefit him financially, but each time he turned them down. His family and his time with them were his priority. It’s very easy to get blinded by money or prestige, yet Yakov understood that adding more to his workload would take away cherished time with his wife and children and no money in the world could make up for that. In stereotypical actuary manner, Yakov was meticulous about details, listing and charting almost everything in his life. During shivah, his family found papers of time logs he charted during his learning hours. On each line on the left side was a new date with the exact minutes he spent learning. If at any point he was interrupted, he would write “-4min,” – and make sure to make it up before ending his learning session.

Yakov would also meticulously write down his thoughts on different matters, clearly outlining his concerns, cares, and consequent opinions.

Yakov exuded a genuine sweetness, positivity and humility. He put his family before everything and would give the shirt off his back to anyone in need.

Every morning, with almost no exceptions, Yakov would wake at 4:30 AM to learn Torah for hours before going to work. He would daven neitz (the sunrise minyan) in his Passaic shul, call his elderly mother living in Florida to wish her a good day, and then drive to work listening to classes on Jewish law. Yakov also spent time learning during his lunch hour, and on his way home, he would stop off at shul to learn some more.

For the times that Yakov couldn’t keep to his calculated schedule, whether for work or family reasons, he would calculate the amount of hours he would be missing from learning and then wake up that amount of time earlier the next morning to make up for it, even if that meant waking at two a.m. There were numerous times that Sora Meira, the younger of his two daughters, recalls her father learning through the whole night because the number of hours he “had” to make up left him no time to sleep. 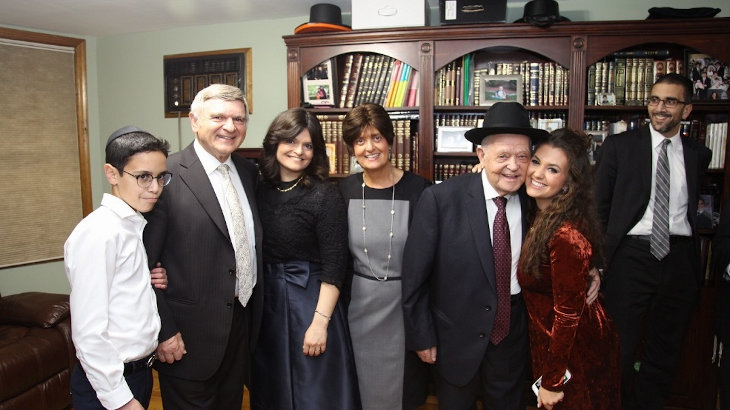 Yakov grew up in an unobservant home, a fourth-generation assimilated Jew, where Yom Kippur, kosher food, and Orthodox Judaism were completely unknown, let alone observed. Growing up his Judaism consisted of the one day a year his mother would keep him and his siblings home from school. This made him furious because as an honors student, it was crucial to attend every class. Once he became religious later on in life, he realized that the day he was kept home every year was Yom Kippur.

Yakov was set to attend an Ivy League MBA program on a full scholarship, and the summer before he was set to begin, he went to Israel. Yakov knew something was different about the country the moment he stepped off the plane. By the end of the summer, Yakov decided that going home to attend college wasn’t an option, he wanted to keep seeking the truth he had discovered. He joined the Aish HaTorah Fellowship program and reached out to the university to see if they could hold his spot. He was devastated to hear that if he chose not to return in September for the program, he would lose not only his full scholarship, but his slot in the university.

Yakov was distraught and felt so torn. Finally, some hours later, he looked at himself in the mirror and told himself that he would get into a good university when he was meant to go, because leaving Aish at that point in his life just wasn’t an option.

Yakov was constantly working on himself and seeking growth, sitting for hours and hours every day with a Hebrew-English dictionary and an English-Aramaic dictionary, struggling to understand the Talmud.

His best friend of over 25 years, Michoel, whose nephew would go on to marry Yakov’s daughter Sora Meira, adds:

“Torah made intellectual sense to him on every level. Once Yakov started learning Talmud, it was clearly a case of “boy meets Talmud.” He fell in love. He realized the genius of the Sages and marveled at their world of thought and incredible levels of consciousness. Yakov also loved mussar and the moral teachings he was learning. He loved hearing any words of Torah that taught sensitivity to people. He was amazed at the level of care for one’s feelings that the Sages taught and the carefulness of all their actions. This made a big impression on him because he was naturally someone with great carefulness and sensitivity and he seemed to finally find kindred spirits like himself in Judaism.”

It was a love that grew and grew for the rest of his life.

Although Yakov was extremely busy with his learning and work schedule, the three Henigson children, Shevy, 22, Sora Meira, 20, and Aharon, 14, knew they were the main priorities in their father’s life. 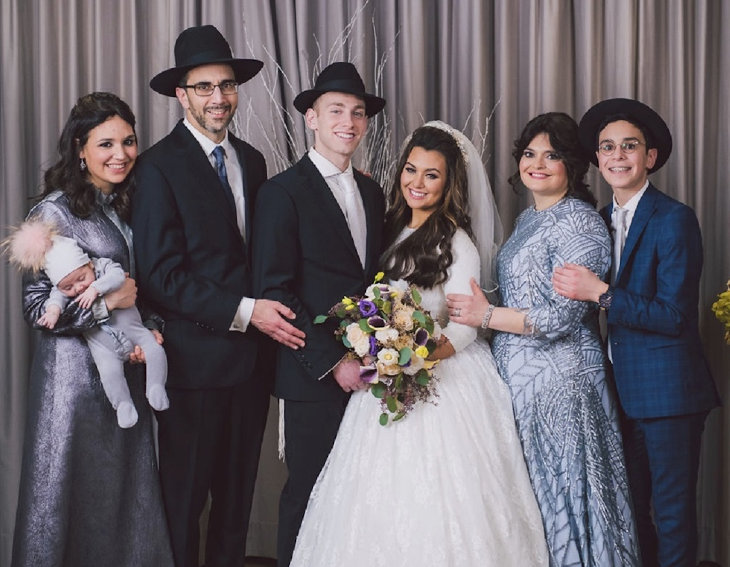 Every morning growing up the children would find a personalized note written by Yakov waiting at their kitchen seat. Whether it was wishing them good luck in school, good luck on a test, or how proud he was of something they did, he made it a point to specify how proud he was of each of his children. Sora Meira and Aharon both saved their notes throughout the years and at the shivah, they each had stacks and stacks of love letters that their father had so affectionately written to them.

Sora Meira fondly recalls how before a hard test, she would call her father from school, scared that she wasn’t going to do well. No matter how busy Yakov was, he would know it was one of his kids calling from school and answer the phone. He would calmly and tenderly ask his daughter to grade her effort, and when she replied with a mark, he said “Great! I’m so proud! That’s an excellent grade! I know how hard you studied and to me effort is all that matters.”

Aharon, the youngest, was the apple of Yakov’s eye. Every Motzaei Shabbos was “boys’ night.” Yakov would take Aharon to various restaurants to make sure he never got overshadowed by his two older teenaged sisters and to constantly remind Aharon how cherished he is.

After 23 years of marriage, Yakov and Debbie still tried to sit together every night alone for dinner. Their three children didn’t really allow for the date to actually take place, but they still tried. No matter how exhausted or hungry Yakov may have been, that didn’t stop him from making Debbie feel like a queen. It was a regular occurrence for a Henigson child to pull open the fridge in search of a snack and find a container of cut-up fruit or a Diet Snapple on the shelf with a small Post-it note proclaiming, “For Mommy only.” He understood how much mothers give to their children and he wanted to make sure that Debbie understood how much she meant to him and how much he appreciated her. 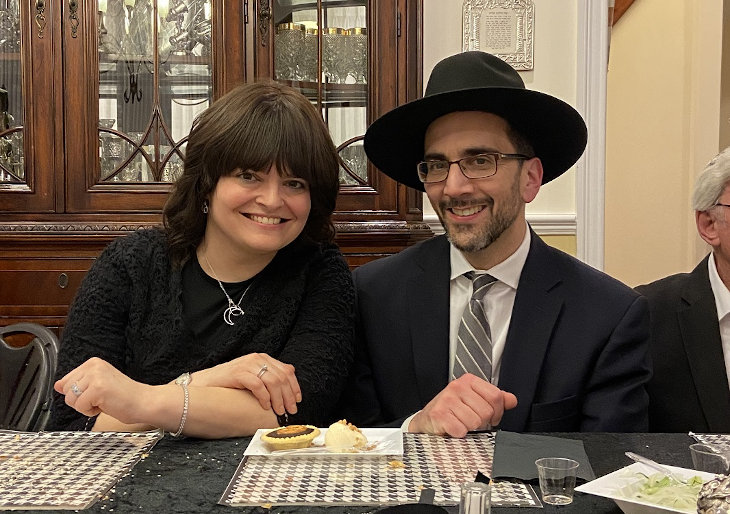 “In his short life in This World," his wife Debbie says, "Yakov succeeded in becoming a walking kiddush Hashem.”

We still bake challah, but now it’s in the merit of elevating the exalted soul of Yakov Chaim ben Dovid. May his family be comforted amongst the other mourners of Zion and Jerusalem.

A longer version of this article originally appeared on Mishpacha.com.

Tom and Jerry and Me
Scientific Curiosity and the Divine Encounter
Mind Over Milkshakes
Love the Convert
Comments
MOST POPULAR IN Spirituality
Our privacy policy
Aish.com Is Looking for Great Writers