Why Menopause Doesn’t Bother Me Anymore 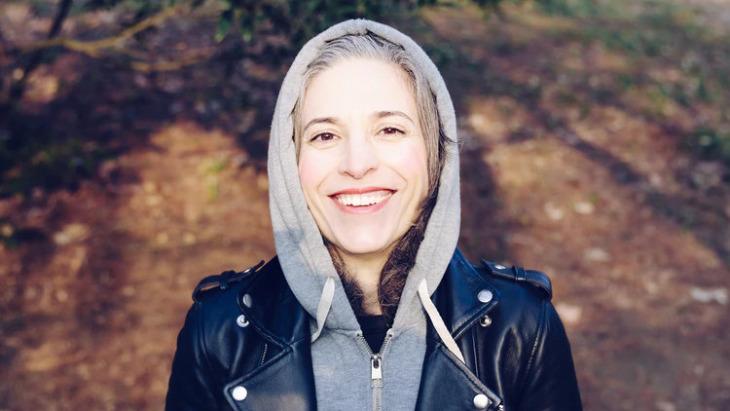 A tale of ugly shoes, hot flashes and aging gratefully.

It started with a hat.

I was trying on a wide-brimmed straw hat at a department store, when a certain look came over my husband’s face.

“No,” he said with uncharacteristic Archie-Bunker bluntness.

My husband comes from a long line of women who know how to dress – sisters, aunts, grandmothers, great aunts, and especially his mother who in her late sixties, looked 45, and a young 45 at that, chic and beautiful.

Me, I’ll never be a fashion plate, but I can clean up good if I have to. I knew this would be a bone of contention when Levi and I first met, but I also knew the way we were clicking was a once-in-a-lifetime thing. He was funny, big-hearted with a mind like a scalpel and looked like a Jewish Tom Cruise. So we both learned to bend a little – I became somewhat more fashion aware, and he learned to appreciate the beauty of a comfortably dressed woman.

Still, over the years, and even in the throes of having four children, I have learned to look out for when I cross unforgivable fashion lines, the lines that make his sexy blue eyes wince.

Was this one of those instances?

Since I didn’t want to usher menopause in any sooner than necessary, I dropped that straw thing like a rabid skunk.

“Why not?” I said. I thought I looked glamorous, like Audrey Hepburn in Breakfast at Tiffany’s. Besides, I needed a wide brim hat to protect me from the sun.

I stared at him. “Menopausal?” My voice hiked up with – disbelief and outrage.

“And post-menopausal, too,” he helpfully clarified.

I was about to shrug this off, when two women who looked in their fifties or sixties drifted over to the hat display and tried on hats like mine. Their A-line skirts covered but did not disguise their practical hips and thighs. I shuddered. My own menopause was looming. Since I didn’t want to usher it in any sooner than necessary, I dropped that straw thing like a rabid skunk.

What’s Wrong with My Shoes?

Then about a year later, I brought home some cute brown rubber-soled shoes, a nice blend of comfort and style, or so I thought. My husband looked pained. I saw the struggle on his face, whether to speak up or not.

“What’s wrong?” I demanded. “They’re perfect.” I looked at him. A Pavlovian association registered in my mind. “Menopause shoes?”

Levi nodded, relieved he didn’t have to explain.

My daughters concurred that they were hideous. I’d always trusted my taste before – earthy and elegant – but faced with all these dissenting voices, I backed down and returned them.

It was no big deal. My husband sees me as beautiful and with-it, and he wants to keep seeing me that way. He doesn’t need me to go the Botox or facelift route (assuming we had the money to drop). Just don’t dress like a matron!

But I realize there’s another reason I returned the shoes. It has something to do with the M word, the way people bandy it about like a joke that America collectively is in on. It’s up there with other snigger-worthy topics: Viagra, New Jersey and flatulence.

I too bought into the misogyny. I didn’t want to be a woman who was now on her way down, the kind of woman you looked through instead of at.

But what was the joke? Men, even my enlightened husband, said it with a tinge of snigger. And women too, mostly the younger ones, didn’t seem any kinder when they dropped the word as if it had nothing to do with them, and never would.

I too bought into the misogyny. I didn’t want to be a woman who’d lost her dewiness, who’d peaked and was now on her way down, the kind of woman you looked through instead of at.

I began to hear a drumbeat in my ear: Menopause is coming, menopause is coming. Better do something. In a few months I’d be turning 50. I prowled the cosmetics aisle, I who’d gone through only two mascaras in my entire life and whose idea of a high end moisturizer was St. Ives or Aveeno. I even got a chemical peel and splurged on one of those micro-needling rollers.

If I’d viewed these acts in the framework of self care and pampering, it would’ve been fine, and fun, but I was driven by anxiety, loss and darker fears.

Then I ran out of steam and simply waited for the Big M to come like some spinster aunt with lots of luggage and bad breath who’d be taking up residence in my home forever.

As soon as I turned fifty, my period evaporated, never to return. Hot flashes weren’t a huge problem, maybe because I ate a lot of tempeh and tofu. This whole business wasn’t half as bad as people had made out. My chin didn’t sprout hairs.

One day, our family was on a road trip in upstate New York. As we passed stores called Barbara Ann-Tiques, Black Cat, and The Barn, a yen to go bric-a-brac shopping arose inside me.

“Hey, let’s check out that shop.” I pointed to a sign: “Olde Good Things.” Levi obligingly stopped the car. Then he said. “You want to go antiquing?”

He looked more than mildly puzzled. We’d known each other for over twenty years and I had never expressed the mildest interest in antiquing.

He shrugged. “It’s just the sort of thing menopausal women like to do,” and he chuckled to himself.

If I’d had an antique book-end in my hand, I’d have clobbered him with it. Again the M word. Apparently, it amused him that I’d become a demographic group whose behaviors could be predicted.

A chill wind blew through my bones – which recently had been pronounced weak by my doctor. It didn’t help that I’d been getting computer pop-ups advertising for Fosomax and Evista. There’s no privacy in the world.

“Yeah?” I shot back. “I bet half of your (therapy) clients are menopausal women. Show some respect to us,” I flung irrelevantly at him.

And there it was – Us. Yes. I had become a demographic. A predictable entity that could be marketed to. In fact, I was acquiring other menopausal habits.

I started going to OA meetings to lose the seven pounds that had grafted onto me from merely looking at cake. (At OA, 75 percent of the attendees were women my age and older.)

Till then my husband had been my best friend, but I suddenly discovered “interesting women” who had done cool things with their lives. My new female buddies and I went on weekend retreats where we hiked and sang and shared the truth of our lives, whatever truth was striking us at the moment. I took silk-screening classes and rediscovered yoga. I had turned into one big menopause woman, and so what? I had fallen in love with myself.

We mirror each other’s fears and anxieties. Getting older and losing what we’ve got hurts for both of us.

Whenever I’m off to what Levi calls my women teepee parties, I gently mention that he’s exhibiting symptoms of himopause or manopause – horribly erratic sleeping patterns, thinning hair, an obsession with weight lifting, an extra grouchiness thanks to lowered testosterone, a preoccupation with his health, and a desire to rein in his wife. He is reminded that both of us are dealing with loss. My physical changes foretell that his will be coming soon enough, and one day he will join other bald and toothless old men. We mirror each other’s fears and anxieties. Getting older and losing what we’ve got hurts for both of us.

On the other hand…when I look at pictures of myself when I was forty, I think: Wow, I was hot. And then I think, I’m hot now, why wait until I’m 70 to realize that? Why can’t I appreciate my looks and abilities at this exact moment in time? Why can’t I revel in my unlined neck, relatively smooth skin, my ability to bike miles, do a standing pigeon pose, teach Torah, and play a mean game of Frisbee? (Although not all at the same time.) And when I’m 90, will I yearn for 70 when I drove, could sit cross-legged on the floor, and edit someone’s memoir? Yes, aging is aching loss, but at every stage, you’re always left with something, a few good tricks.

And I intend to age as comfortably as possible.

A few weeks ago I saw the perfect shoe, Steve Madden, affordable, comfortable, quilty-looking, goldish and I thought stylish. I have lived long enough to know that finding the perfect shoe is a rare event and I could barely contain my joy.

When I brought them home and tried them on, Levi said nothing except, “They sure look comfortable.” Oh. So I’d struck out.

I wanted to please him, because I love him. Style matters much more to him than to me. Our marriage at its inception drew its strength from a fashion compromise. Was it really such a sacrifice to jettison the Steve Maddens? I was about to return them, when an image of my mother-in-law’s feet flitted through my mind. To the end of her days, she’d worn stylish shoes – trendy and elegant, and also cruel, tight and pointy-toed. Her feet bore the results. They were a devastation, so at odds with the rest of her.

Reader, I kept them. Every woman over 50 admires and wants to know where I bought the Steve Maddens. Lord and Taylor, I rattle off. They cost thirty-five bucks, with the 20 percent coupon. At a certain point, women’s feet need to be comfortable. They just have to be. We don’t live in Imperial China. Foot-binding is illegal. I think Levi is starting to get this.

You can’t mess around with good shoes. Hats maybe, but not shoes. 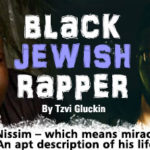 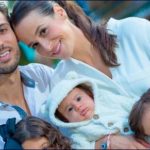 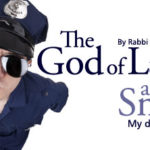 The God of Large and Small9 min read

Lights At The End Of The Tunnel20 min read

My Partner in Torah7 min read 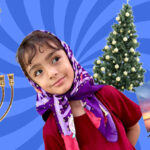