Do We Really Mean ‘Never Again’? 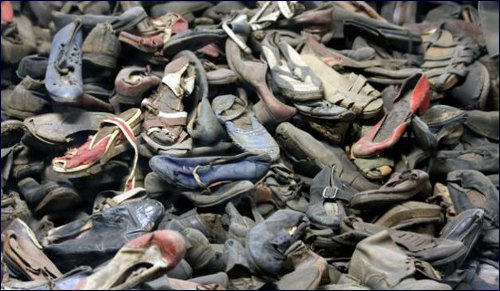 Want to truly honor the dead? Show solidarity with the living – Israel and its 6 million Jews.

Amid the ritual expressions of regret and the pledges of “never again” on the 70th anniversary of the liberation of Auschwitz, a bitter irony was noted: Anti-Semitism has returned to Europe. With a vengeance.

It has become routine. If the kosher-grocery massacre in Paris hadn’t happened in conjunction with Charlie Hebdo, how much worldwide notice would it have received? As little as did the murder of a rabbi and three children at a Jewish school in Toulouse. As little as did the terror attack that killed four at the Jewish Museum in Brussels.

The rise of European anti-Semitism is, in reality, just a return to the norm. For a millennium, virulent Jew-hatred – persecution, expulsions, massacres – was the norm in Europe until the shame of the Holocaust created a temporary anomaly wherein anti-Semitism became socially unacceptable.

The hiatus is over. Jew-hatred is back, recapitulating the past with impressive zeal. Italians protesting Gaza handed out leaflets calling for a boycott of Jewish merchants. As in the 1930s. A widely popular French comedian has introduced a variant of the Nazi salute. In Berlin, Gaza brought out a mob chanting, “Jew, Jew, cowardly pig, come out and fight alone!” Berlin, mind you.

European anti-Semitism is not a Jewish problem, however. It’s a European problem, a stain, a disease of which Europe is congenitally unable to rid itself.

From the Jewish point of view, European anti-Semitism is a sideshow. The story of European Jewry is over. It died at Auschwitz. Europe’s place as the center and fulcrum of the Jewish world has been inherited by Israel. Not only is it the first independent Jewish commonwealth in 2,000 years. It is, also for the first time in 2,000 years, the largest Jewish community on the planet.

The threat to the Jewish future lies not in Europe but in the Muslim Middle East, today the heart of global anti-Semitism, a veritable factory of anti-Jewish literature, films, blood libels and calls for violence, indeed for another genocide.

The founding charter of Hamas calls not just for the eradication of Israel but for the killing of Jews everywhere. Hezbollah chief Hassan Nasrallah welcomes Jewish emigration to Israel – because it makes the killing easier: “If Jews all gather in Israel, it will save us the trouble of going after them worldwide.’’ And, of course, Iran openly declares as its sacred mission the annihilation of Israel.

For America, Europe and the moderate Arabs, there are powerful reasons having nothing to do with Israel for trying to prevent an apocalyptic, fanatically anti-Western clerical regime in Tehran from getting the bomb: Iranian hegemony, nuclear proliferation (including to terror groups) and elemental national security.

For Israel, however, the threat is of a different order. Direct, immediate and mortal.

The sophisticates cozily assure us not to worry. Deterrence will work. Didn’t it work against the Soviets? Well, just 17 years into the atomic age, we came harrowingly close to deterrence failure and all-out nuclear war. Moreover, godless communists anticipate no reward in heaven. Atheists calculate differently from jihadists with their cult of death. Name one Soviet suicide bomber.

Former Iranian president Ali Akbar Hashemi Rafsanjani, known as a moderate, once characterized tiny Israel as a one-bomb country. He acknowledged Israel’s deterrent capacity but noted the asymmetry: “Application of an atomic bomb would not leave anything in Israel, but the same thing would just produce damages in the Muslim world.” Result? Israel eradicated, Islam vindicated. So much for deterrence.

And even if deterrence worked with Tehran, that’s not where the story ends. Iran’s very acquisition of nukes would set off a nuclear arms race with half a dozen Muslim countries from Turkey to Egypt to the Gulf states – in the most unstable part of the world. A place where you wake up in the morning to find a pro-American Yemeni government overthrown by rebels whose slogan is “God is Great. Death to America. Death to Israel. Damn the Jews. Power to Islam.”

The idea that some kind of six-sided deterrence would work in this roiling cauldron of instability the way it did in the frozen bipolarity of the Cold War is simply ridiculous.

The Iranian bomb is a national security issue, an alliance issue and a regional Middle East issue. But it is also a uniquely Jewish issue because of Israel’s situation as the only state on earth overtly threatened with extinction, facing a potential nuclear power overtly threatening that extinction.

On the 70th anniversary of Auschwitz, mourning dead Jews is easy. And, forgive me, cheap. Want to truly honor the dead? Show solidarity with the living – Israel and its 6 million Jews. Make “never again” more than an empty phrase. It took Nazi Germany seven years to kill 6 million Jews. It would take a nuclear Iran one day.

Jewish Values for a Secular World

A Touch of Eternity
The Blue Beyond
Great Place to Live
Is Eating Supposed To Be Spiritual?
Comments
MOST POPULAR IN Israel
Our privacy policy