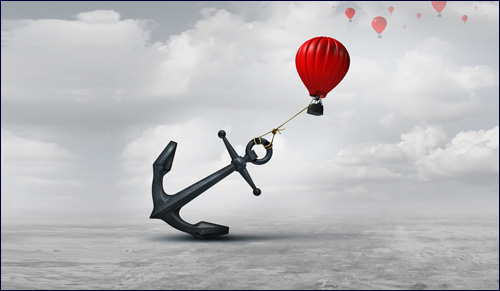 Can we ever walk in someone else’s footsteps?

A beautifully dressed woman waved in my direction as she entered the building of my workplace to gather her children from the daycare. I took note of her radiant smile that I consistently saw on her face. I was always impressed by the perfectly matching outfits that her well-behaved children wore with such grace. She seemed to have it all: a beautiful family, an organized and well-put-together structure to her day, and a glowing smile on her face to match the life that she seemed to have.

One day, my perception was shattered.

The woman’s face remained radiant as she greeted me with a smile. Yet, another element in her life was unexpectedly revealed to me in that moment. Another child of hers, who was dressed as her three familiar angels, was introduced to me, but something was different about this child. She was also special and angelic, only in a manner that differed from her three siblings. The child was nonverbal and wasn’t using gestures to communicate either. When she appeared to be frustrated, she moaned in apparent distress. Would I or anyone else ever imagine that this woman who seemed to enjoy a “perfect” life is overcoming challenges every single day?

I remember in graduate school at Columbia University’s Teachers College listening to a woman who was part of a panel of speakers. She fought to hold back tears as she shared experiences as a mother of a child with what she termed a “silent disability.” Her child suffered from autism. Many individuals who suffer from the disability may not appear to have any physical challenges that would allow them to be “visibly disabled.” Autism impacts the brain and the social, emotional, intellectual, and communicative abilities of those who suffer from it. Many, if not most, of the individuals do not sit in specialized wheelchairs or use crutches to walk, which naturally elicit sensitivity of others. Superficially, they may appear to be typically developing and healthy children. Why would they evoke the specialized sensitivity of others?

The loving mother shared an experience of taking her child on the subway. Her son was having what she termed a “meltdown” and she began to hear murmurs of what a terrible mother she was. People who were unfamiliar with the disability may have assumed that she simply could not control her child.

Having a child with a disability can be very difficult for a parent. Being judged for experiencing a challenge by people who are not knowledgeable simply adds to the pain.

In contrast to this experience, the voice of a young man who suffers from cerebral palsy echoes in my mind and in my heart. He sat in front of the graduate class in a specialized chair and with tears in his eyes. He had the intellectual abilities that would make any parent proud. Yet, his skills and talents went unnoticed by many of his teachers simply because they saw his physical challenges, and their vision stopped there. He was unable to independently hold a pen in order to physically complete an exam, but did this mean that he lacked the intellectual abilities to complete the exam?

This young man cried out to the class and asked why others assumed that he could not attend honors classes with physical assistance. He shared that with the support of a teacher who believed in him and his abilities, his academic accomplishments surpassed many of his classmates. He was flying through school and using his wheels as wings.

Judging others and creating assumptions about the lives and feelings of others without walking their footsteps can be painful to them, no matter what the challenge is.

As we approach Tisha B’Av, may the merit of respecting, loving, and understanding our fellow Jews overcome the baseless hatred that destroyed our Holy Temple and bring the final redemption.

A version of this article originally appeared in the Five Towns Jewish Times.

Rivky Herman, MS, CCC-SLP, TSSLD/bi, obtained her master’s degree in speech-language pathology from Columbia University’s Teachers College and is working as a medical therapist at SUNY Downstate Medical Center’s Infant and Child Learning Center, where she provides services to children with varied disabilities. She supervises graduate students completing their internships in the field and clinical fellows working toward obtaining licensure and certification as speech-language pathologists.

Messages from Your Loved Ones After They’re Gone