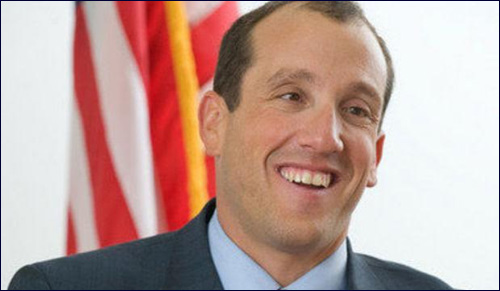 Richard Bernstein is the only blind State Supreme Court judge in the nation and the youngest member of Michigan’s highest court. He is also an internationally sought out speaker on disability rights. The judge has more invitations than time to speak about his experiences as blind attorney, judge and athlete. He’s completed 20 marathons and an Ironman Triathlon (consisting of a 112-mile bike ride, 26.2-mile marathon and a 2.4-mile swim).

Weather permitting, Bernstein laces up a good pair of walking shoes and embarks on a six-hour walk. He leaves before 6:30 a.m. and by lunch not only has he walked a ridiculous number of miles (he doesn’t keep track) but he has also returned phone calls, prepared for an upcoming speaking engagement and meticulously reviewed court documents over the phone with his law clerk. 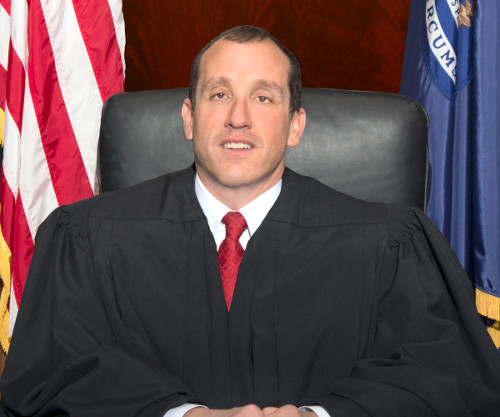 Because Bernstein is blind, he relies heavily on the assistance of his law clerk. By phone, or face to face, the two scrutinize files until the judge has committed the detail of every case to memory. Each week Bernstein and the other justices review 26 cases and decides whether to grant appeals.

“Long walks allow me to organize my thoughts and de-stress,” he said in an Aish.com interview. Bernstein, 43, follows the same route he’s done for 15 years.

“It’s a good thing the battery on my phone lasts forever,” joked Bernstein, who was born blind.

Bernstein brings a powerful message of advocacy and inclusion to audiences ranging from government and business leaders to Jewish communities and non-profit organizations. His goal is to inspire others to create opportunities by showing the world what a person with a disability is capable of doing when given a chance.

Call him inspiring and the judge will quickly refute such a label. Use him as a measuring stick for others with disabilities and he quickly becomes uncomfortable. 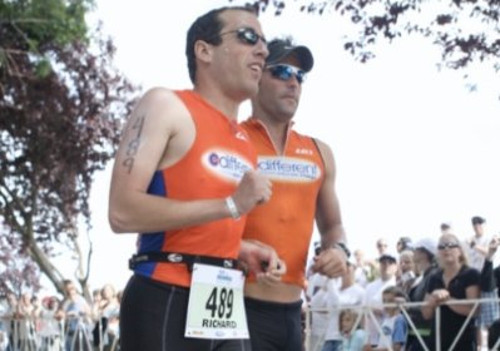 Bernstein competing in the Iron Man, 2008

“Anyone doing the kind of work I’ve dedicated my life to doing does not see themselves as inspiring. It’s my absolute responsibility to have a positive impact on the lives of others. I see the injustice and the inequity and I have the power and ability to do something about it. That’s what this is about; having the understanding, education and wherewithal to say ‘I’m going to stand up a make a change.’”

I see the injustice and the inequity and I have the power and ability to do something about it.

Bernstein, who grew up and still lives in a suburb of Detroit, described school as challenging, especially law school. When he applied to college, his dream was to attend the University of Michigan. Despite his keen intellectual abilities, he didn’t meet the grade criteria.

“My high school guidance counselor told the admissions office that he would ‘stake his reputation on my application.’ Because he was willing to do that, the University of Michigan gave me a chance,” recalled Bernstein, who became a Phi Beta Kappa graduate of this prestigious university and later served as an adjunct professor in the political science department.

When it came time to apply to law school, he received a number of rejection letters because he scored poorly on the standardized law school admissions test (LSAT).

The dean of admissions at Northwestern University School of Law agreed with Bernstein’s position that the test has a visual bias and accepted him without a satisfactory LSAT score.

“I don’t consider myself very smart, but I work hard," Bernstein told the Times of Israel. There are some people I went to school with who were naturally book smart, talented, and everything came to them easily. I wasn’t like that. For me, nothing is natural, it just comes with incredible effort.” 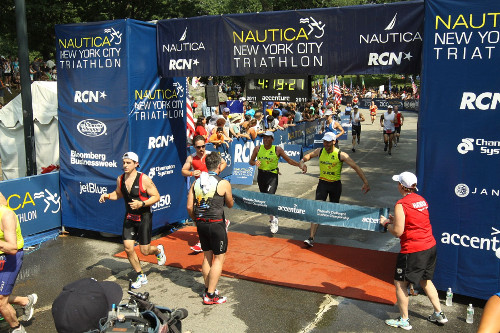 Several years later, he would file a case against the American Bar Association (ABA) on behalf of a blind student seeking law school admissions. When Bernstein was elected to the Supreme Court, he had to stop practicing law and another attorney took over the case but was not successful.

The ABA wasn’t his only formidable adversary. Before becoming a judge Bernstein dedicated his career to fighting for the rights of the disabled, taking on entities such as Delta Airlines, the City of Detroit and even his alma mater, the University of Michigan.

While practicing law he was elected by the voters of Michigan to serve an eight-year term on the Wayne State University Board of Governors but narrowly lost the democratic nomination for Michigan Attorney General.

What my classmates could accomplish in an hour took me five hours to complete.

Bernstein described his law school experience, particularly his first year, as one of the most overwhelmingly intense struggles of his life. Every day was a tremendous challenge, he said. There were several occasions where he considered dropping out.

“What my classmates could accomplish in an hour took me five hours to complete,” recalled Bernstein. “I studied seven days a week without taking a break. It took so long and required so much effort and intensity. It’s impossible to explain just how intense it was.” But with unyielding hours of hard work and the support of classmates and professors, Bernstein overcame one of his biggest struggles, graduating from Northwestern in 1999.

Thirteen years later, the judge would experience another seemingly insurmountable hurdle. On a particularly hot August day, Bernstein was taking one of his long walks – this one through New York’s Central Park – when he was struck from behind by a speeding cyclist. The accident left him with a shattered hip and crushed pelvis. Hospitalized in New York for 10 weeks, the justice’s life took on greater challenges, including learning to walk and finding ways to adjust to chronic pain.

Once healthy enough to resume his work responsibilities, Bernstein made daily calls from his hospital room to his long-time law clerk Timothy MacLean.

Because Bernstein maintained a positive perspective throughout the ordeal, MacLean, who remained in Michigan, didn’t realize the severity of his boss’s injuries until details emerged in the media and through subsequent conversations with Bernstein.

His attitude is always how can I turn a situation into something positive and have a meaningful impact.

“His attitude is always how can I turn a situation into something positive and have a meaningful impact,” said MacLean. “I am constantly amazed by him. Even after six years, the amazement hasn’t faded.”

Although Bernstein could have felt sorry for himself, especially since he always used athletics to find his inner strength, he maintained his level of tenacity by striving to make the best out of his new situation. Despite initial feelings of sadness, once he realized that a full recovery was not possibly, he changed his way of thinking and looked for ways to best adapt.

“As you go through life it’s fine to be disappointed and frustrated but you have to make the decision at a certain point that you are going to focus on getting on with it. You’re not happy about it but you have to find purpose and reason so you dedicate yourself to doing something good. An easy life does not necessarily equal a good one. Often those who walk among us and know struggle will lead the most productive, the most inspiring and the most meaningful lives,” said the judge who completed three of his 20 marathons after the accident.

Bernstein compares training for a marathon to becoming more in touch with Judaism. When focusing on religious and spiritual growth, he said, it’s something he takes one step at a time, one day at a time.

“I find that I personally can connect with God through struggle, challenge and athletics. When you’re in an Ironman and it’s really scary and really intense. What you find is if you’re trying to have a relationship with your Creator, your relationship will grow stronger the more difficult things become,” he said.

In addition to fulfilling his judicial responsibilities, Bernstein maintains a hectic travel schedule. In February he appeared as a keynote speaker at a United Nations conference in Vienna. There he encouraged diplomats, government officials and business leaders to work harder to include individuals with disabilities in the workplace.

Frequent trips to Israel are also a part of his travel schedule as he works closely with the Israeli government on an IDF disability integration program. He is also helping the Knesset increase diversity in the Israeli judicial system.

“Life is about fullness, not happiness. That’s the secret. You have to have a mission. I am going to be working 15 hours today and while it’s exhausting, we’re going to be making a difference and having a huge impact,” he said.

For Nerds Only: My Search for the Coveted SNES Classic

In the Big Inning

Shavuot and the Grateful Dead