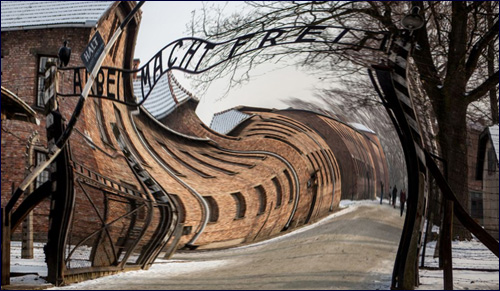 The de-Judaization of the Holocaust renders it devoid of its major message.

Holocaust history has been obscenely manipulated in the past decades in many ways – efforts which completely diminish and distort the Holocaust’s true meaning, as well as the reason why it so desperately needs to be remembered.

One of them, ironically enough, was put forth this past Friday on the very day set aside by the United Nations General Assembly as International Holocaust Remembrance Day, marking the anniversary of the liberation of the death camps of Auschwitz and Birkenau.

The text of the American proclamation for this occasion, meant to put into words the message the world so desperately needs to learn from this modern descent into barbarity less than a century ago, recalled the crime but somehow failed to identify the victim. The horror of the Holocaust was the focus, but alas the word which never made it into the public statement ostensibly intended to ensure that genocide never again stains the pages of history was the word Jews!

One people were the object of a “final solution” - total elimination, men, women and children.

It is a rewriting of history that boggles the mind. One people were the focus of Nazi Germany’s plan to purify the Aryan race. One people were designated for slaughter. One people were the object of a “final solution” - total elimination, men, women and children. It was a war unlike any other, whose objective was not conquering land or enslaving others. It was solely the complete annihilation of a particular group identified as subhuman. So remarkable and unique, from a historic perspective, was this effort that a new word had to be created to describe it. It was not until 1944 that the term genocide was coined by Polish Jewish lawyer Raphael Lemkin in a book documenting Nazi policies of systematically destroying national and ethnic groups, as evidenced by the mass murder of European Jews.

The very idea of genocide began with the Jews as its victims.

If the Holocaust is to have any meaning and if its remembrance is to have any significance it must be understood in the context of its anti-Semitic focus. But that is not the message the world would like to emphasize. Throughout Europe, anti-Semitism is again “in.” Hating Jews has once more become fashionable, if not permissible. Arab and anti-Israel forces have brought back into circulation some of the worst slogans, propaganda and calls for extermination of the Jews reminiscent of the darkest days of Nazi Germany. For all of them, the elimination of anti-Semitism can’t possibly be the lesson of the Holocaust.

That’s why we are seeing finely orchestrated efforts to change the message. For years, Jew haters thought the best way to counter sympathy for the survivors of the final solution was to deny the reality of the Holocaust. As if saying it never happened could rewrite history, anti-Semites promulgated the lie refuted by the personal testimony of tens of thousands of witnesses. Denial, however, could never sway most of the educated and intelligent world. But a far more insidious solution found its way into the battle to destroy the relevant lesson of the Holocaust: the universalization of the crime, the misrepresentation of the horrific attempt to destroy the Jews as but another chapter in the story of the universal tale of Cain against Abel, of good threatened by evil.

Here is how administration spokeswoman Hope Hicks explained the omission of Jews from the statement meant to foster remembrance of the Holocaust: "Despite what the media reports, we are an incredibly inclusive group and we took into account all of those who suffered.” Hicks added that “While 6 million Jews were killed by the Nazis, 5 million others were also slaughtered during Adolf Hitler's genocide, including priests, gypsies, people with mental or physical disabilities, communists, trade unionists, Jehovah's Witnesses, anarchists, Poles and other Slavic peoples, and resistance fighters."

So the new version is that a lot of people suffered. War is hell. The Holocaust had countless victims, irrespective of nationality, religion or identity. And, oh yes, forget about the final solution and the yellow star and the hunting down of the circumcised and the mad push of Hitler to the very end to find and murder every Jew in order to rid the world of what he called the scourge of mankind.

The de-Judaization of the Holocaust is to render it devoid of its major message. The Holocaust is the story of a unique moment in history when a nation gone mad under the spell of an insane dictator made anti-Semitism its most important national policy – and ended up paying the price for its lunacy.

That is what justifies all the Holocaust memorials, all the books and the movies, all the lectures and remembrances. Forget the Jews from the story and you may as well admit that the world really learned nothing from the greatest tragedy of the twentieth century. 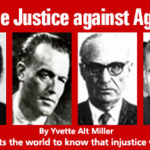 Inside the Nuremberg Mind20 min read 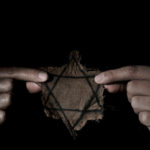 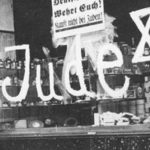 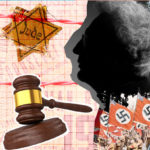