Did an Illicit Relationship Lead to the Expulsion of England’s Jews? 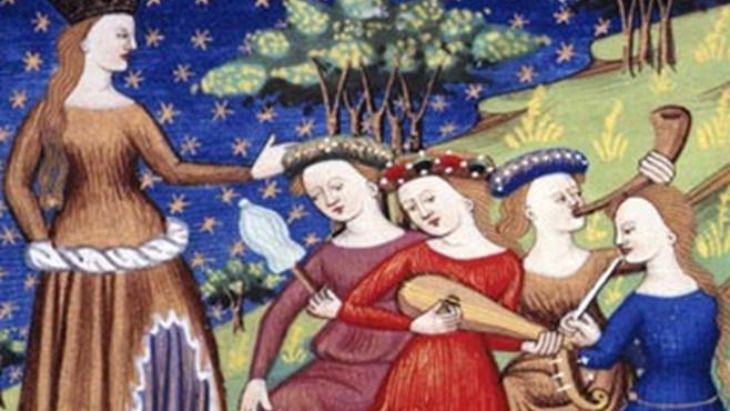 The story of two courageous converts, their Jewish wives and institutional antisemitism.

Little is known about Robert of Reading, a 13th century Catholic preacher who converted to Judaism and married a Jewish woman, an act that some have claimed led to the Edict of Expulsion, which legally barred Jews from England for nearly four centuries.

In truth, there were apparently two Roberts of Reading who converted to Judaism in 13th century England, each adopting the Hebrew name “Haggai” and marrying a Jewish wife.

The First Robert of Reading

The first Robert was a deacon and student of Hebrew at Oxford. Following his conversion to Judaism, this Robert was brought before the Archbishop of Canterbury, where evidence was presented against him, and according to the papers of preeminent English legal historian Frederic William Maitland: 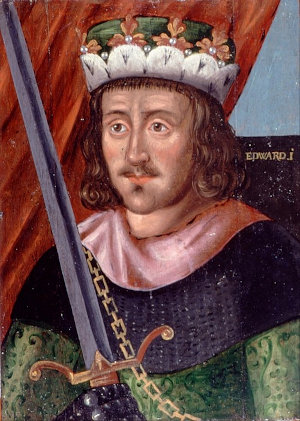 King Edward I of England, issued 1290’s Edict of Expulsion, one of many sad events in Jewish history to take place on and around the somber day of Tisha B’Av (Dulwich Picture Gallery / Public Domain)

“When it was seen that the deacon was circumcised, and that no argument would bring him to his senses… a cross with the Crucified was brought before him and he defiled the cross, saying, ‘I renounce the new-fangled law and the comments of Jesus the false prophet,’ and he reviled and slandered Mary the mother of Jesus, and made a charge against her not to be repeated.”

By this account, Robert was taken out and decapitated, though his wife managed to escape the same fate. The executor reportedly lamented, “I am sorry that this fellow goes to hell alone.”

A few generations later, another Robert of Reading – also known as Robert de Reddinge – a Dominican friar in London, appeared on the stage of history. Like many others, Robert was tasked with trying to convert Jews to Christianity. In order to do so, he was sent to learn Hebrew.

The Church’s plan seems to have backfired, as the more Hebrew and Jewish texts he mastered, the more drawn he apparently became to the maligned faith.

Yet the Church’s plan seems to have backfired, as the more Hebrew and Jewish texts he mastered, the more drawn he apparently became to the maligned faith. Handed over to the Archbishop of Canterbury by King Edward himself, Robert “defended his new faith with great warmth,” according to the historian Heinrich Graetz, who believed that the conversion was genuine and not undertaken due to ulterior motives, such as the desire to marry a beautiful Jewish woman…

According to Graetz’s account, the Dominicans were so embarrassed following Robert’s conversion and marriage that they quickly approached the “bigoted, avaricious queen-mother, Eleanor, [who] …first expelled the Jews from the town of Cambridge which belonged to her, and personally fostered the hostile feeling against them throughout the whole country, especially among Christian merchants.”

In fact, in 1275, the very same year that Robert converted, King Edward decreed a number of new anti-Semitic laws known collectively as Statutum de Judaismo (Statute of the Jewry), which among other things restricted the types of occupations permitted to Jews and the areas in which they were allowed to live.

An illicit relationship and its repercussions

Many historical sources draw no connection between Robert of Reading, his Jewish wife and the expulsion of English Jewry. In fact, the couple is often not even mentioned at all in that context.

"There was a priest who… desired a very beautiful woman… and he would talk to her every day [but] she told him that she would not marry an uncircumcised one."

Yet, a very direct connection between this convert, his wife and the king’s edict does appear quite prominently in a popular early 16th century work called Shevet Yehuda, written by Solomon ibn Virga a chronicler who was among those expelled from Spain. In ibn Virga’s story, there is a beautiful “Jewess” at the very center of this tragic event:

“There was a priest who… desired a very beautiful woman… and he would talk to her every day [but] she told him that she would not marry an uncircumcised one. The priest, who desired her and loved her and listened to her and secretly converted and married her. When his [fellow priests] heard about this thing, it was a disgrace – adding to their hatred of the Jews – and they demanded to harm the Jews…”

Ibn Virga further describes how the defamed Christians went to the king’s mother who tried to persuade her son to expel all of the Jews, though he wasn’t so easily swayed because of how important he knew the Jews to be for his kingdom. 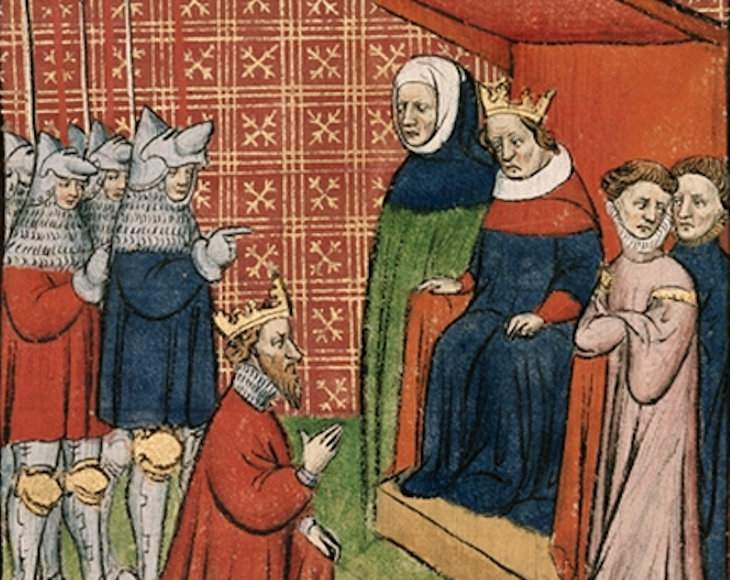 She then went to his ministers to try and persuade them. Though they also understood the Jews’ importance to the kingdom, they were afraid of her and agreed to work together to convince the king to banish the Jews, ultimately succeeding.

Historian Joseph Hacohen tells a similar tale in his Emek Habakha (Vale of Tears), a chronicle of Jewish history traditionally read by some Italian Jews on Tisha B’Av. In that version, the priest even dresses up as a Jew in order to be able to speak with the object of his desire.

A work attributed to 16th century Italian Jewish scholar Gedaliah ibn Yahya ben Joseph may have mixed up the stories of the two Roberts, and taken additional poetic license as chroniclers of that time were known to do:

“A priest in England consented to be circumcised in order to be married to a Jewess, with whom he was desperately enamoured. The affair became known to the citizens, who were desirous of burning them. But the king chose to execute the revenge in a different way, and decreed that within three months, they should change their religion: those who circumcised the priest were burned and many of the Jews changed their religion.” (Translation from “The Jews in Great Britain”, page 391)

The causal connection between Robert of Reading’s conversion and marriage and the expulsion of English Jewry seems tenuous at best, among other reasons due to the fact that his conversion in the summer of 1275 took place a full 15 years before Edward I’s edict.

Rabid, wide-spread and state- and Church-sponsored anti-Semitism was not new to England and would culminate with the expulsion in 1290. 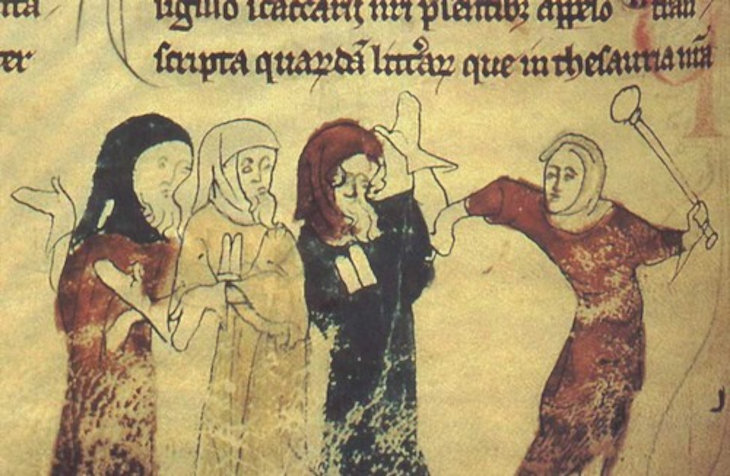 Prior to the expulsion, English Jews were forced to wear tablet-shaped badges like those appearing in this illustration of Jews being beaten, which appears in the Chronicle of Rochester, 1355 (British Library / Public Domain)

While Robert’s conversion and subsequent marriage were definitely notable given the king’s personal involvement, it does not seem that one friar converting and marrying a Jewish woman would have been – nor was it – the determining factor that brought about the expulsion.

Though the Jewish chronicle texts above can certainly not be taken as full historical truths, they raise fascinating questions about how and why such tales specifically captured the imagination of Jewish writers and their readers, and what role these courageous converts and their Jewish wives may have actually had in the broader context of this most tragic period in English Jewish history.

Many thanks to National Library of Israel expert Dr. Yacov Fuchs for his assistance untangling countless editions of 16th century manuscripts.

This article has been published as part of Gesher L’Europa, the National Library of Israel’s initiative to connect with people, institutions and communities across Europe and beyond, through storytelling, knowledge sharing and community engagement.

This article first appeared on The Librarians, the National Library of Israel’s official online publication dedicated to Jewish, Israeli and Middle Eastern history, heritage and culture.

The Amazing Yiddish Album Nominated for a Grammy

Light in the Strangest of Places
Blessing on Chewing Gum
Was Rahab a Prostitute?
Extras In Our Own Epic
Comments
MOST POPULAR IN Israel
Our privacy policy