Expulsion of the Jews from Spain in 1492

The Ninth of Av of the year 1492 was the date designated for all Jews of Spain to leave.

The Ninth of Av of the year 1492 was the date designated for all Jews of Spain to leave the country. This mass expulsion was a disaster of a magnitude that we can barely imagine. The horrors that those Jews experienced are not diminished by the centuries that have passed.

Dr. David Raphael has collected accounts from those who personally lived through these events. He has translated them into English from the original Hebrew, Spanish and Portuguese, and collected them into a volume entitled, "The Expulsion 1492 Chronicles." We include here a few excerpts to help you better understand this tragic time in Jewish history. 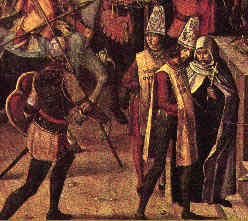 An anthology of medieval chronicles relating to the expulsion of the Jews from Spain and Portugal. Selected and edited by David Raphael.

A historical novel about the 1492 expulsion of the Jews from Spain. Written by David Raphael.

The Cavalier of Malaga

Why Do Bad Things Happen to Good People?

Rebuilding after Destruction
The Jewish History of Prague
Why the Sexual Revolution was Bad for Women
The Princess: Sukkot
Comments
MOST POPULAR IN Tisha BAv
Our privacy policy
Aish.com Is Looking for Great Writers