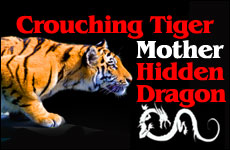 Amy Chua unleashed a firestorm of debate about “wimpy” western child rearing. Is she right?

You’d think that after all the business we Jews have given Chinese restaurants over the last 3,000 years, we deserved better than an in-your-face essay called “Why Chinese Mothers Are Superior." Talk about ingratitude! Discerning readers will quickly divine that the article was written by a Chinese mother, and when it was published in the Wall Street Journal recently as an excerpt from the author’s new bestselling book, "Battle Hymn of the Tiger Mother," it unleashed a firestorm of debate, counterpoint essays, and much gnashing of teeth amongst moms across the world – save China I suppose. This is understandable, because author Amy Chua, a law professor at Yale, slammed Western-style mothering for its slavish attention to children’s self-esteem as totally wimpy, a sure-fire way to raise mediocre kids. To ensure that her own meydelehs would achieve academic and musical stardom, “Tiger Mom,” as Chua was quickly dubbed, declared all play dates, sleepovers, TV, computer games, school performances and other “normal” childhood activities as treif, verboten, no-can-do, don’t even ask.

If Chua’s daughters ever dared to come home with anything less than a solid A in any subject, she didn’t embrace them and purr, “That’s okay, bubeleh. You’re still Mommy and Daddy’s little darling.” No. Tiger Mom admits, in often self-deprecating fashion, that she went into a full-throttle meltdown, screaming and shaming her offspring as lazy and worthless. She even called them fat.

Chua claimed that she devoted dozens of hours a week drilling her girls on practice tests and stood over them, arms crossed, while they practiced the piano and violin. No wonder so many people who go into academia are dying to get tenure. They must have a lot of free time on their hands to torment their children like this, if that sort of thing excites them.

I ask you: This is superior parenting? Did Tiger Mom not realize that one day her daughters might one day choose her nursing home? Or has she already reserved a space in a nice one, anticipating this very risk? Maybe she figured that she was immunized from this kind of payback. After all, forcing her girls to practice piano and violin till their fingers nearly fell off did result in one of them playing at Carnegie Hall as a teenager, no doubt while her classmates were watching an Adam Sandler movie at a sleepover. I wonder, how do you say nachas in Chinese?

I was shocked by some of Chua’s tactics, but admit that I admired her sheer bravery. It takes unadulterated chutzpah to breezily own up to this sort of boot camp parenting while you are a law professor at a liberal bastion like Yale University. I imagined campus-wide efforts to declaw Tiger Mom, firing her from the faculty and whisking her into a sensitivity training program. I waited for full-page ads in the New York Times decrying her barbaric approach to child-rearing, and agents from Child Protective Services banging down her door to remove the girls to a home where they could live like regular American kids, flipping through Us magazine and contemplating their next facial piercings.

Tiger Mom has a point: Western parenting styles are often slack. She’s right that the best way to instill true self-esteem kids is to not let them give up too quickly, and to push them when needed to realize their potential. But let’s face it, you show me a kid who’s been forced to practice violin four hours a day without bathroom breaks and I’ll show you a kid who will end up on a therapist’s couch for the next seventy-five years -- at least. Jewish mothers have often been maligned for Tiger Mom practices, but I think that most of our species (Maternis Yiddishinachas) long ago realized that screaming epithets and similar hair-raising methods of trying to raise academic superstars usually backfire. Jewish kids raised to fulfill their parents’ fevered expectations for their professional achievement just end up writing nasty novels (remember Portnoy’s Complaint?) and kvetchy memoirs that have sullied the good name of Jewish mothers everywhere. Besides, what good is a Nobel Prize in chemistry or literature if you’re so resentful of your mother that you don’t even tell her you’ve won? By the time she drops the news at shul, “Oh, did you hear my Sarah was just in Oslo to accept her Nobel Prize?” the news will be as stale as week-old mandelbroit.

Did I mention that my daughter has a leading role in her school play?

Anyway, these stratagems aren’t really Jewish. May I observe that for all of Tiger Mom’s success in raising academic luminaries, she didn’t say anything about trying to raise her girls to be mensches. Hey, how about a few drills in the art of giving tzedakah? Practice sessions in greeting others with a smile, even when you don’t feel like it? Doing acts of kindness that aren’t random, as the bumper sticker says, but planned, as part of a commitment to doing life-affirming mitzvahs? How about a lesson or two in speaking kindly and avoiding gossip?

This doesn’t mean that our kids are slackers, either. In fact, did I mention that my daughter has a leading role in her school play? The Hollywood Bowl it’s not, but we are all very proud, and unlike Tiger Mom’s daughters, mine can read Rashi. Oh heck, let’s not get catty over this. Tiger Mom, next time you’re in town for some academic symposium or trotting after your girls around to their next performance, stop by for a cup of coffee and some fresh mandelbroit. I’m sure we can learn a thing or two from each other. And if you apologize for that article, I’ll start ordering Chinese take-out again.