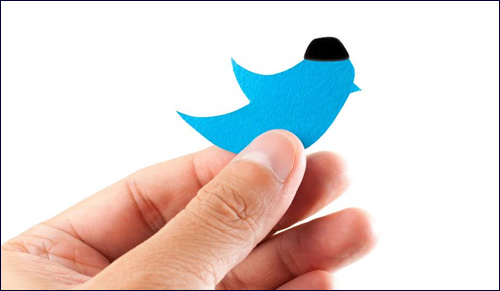 Once upon a time, social media was reserved for teenagers and lonely white guys. Not anymore. Today everyone uses social media sites like Facebook and Twitter, including politicians who no longer need to rely on the media to speak to their constituents. Instead they can bypass those “old fashioned” modes of communication and speak directly to whomever they choose.

All this has not gone unnoticed by the American Jewish community – especially by one member in particular. Rabbi Shlomo Mendel Zipowitz, of congregation Kadosh Kadosh Kadosh, in Lancaster, Pennsylvania, has taken to Twitter like my grandmother to rugelach. In this new 21st Century version of Dear Abby, Zipowitz is sending out Tweets left and right in an attempt to resolve every possible issue, large and small, of his flock. Just a few examples…

“Rabbi Zipowitz, after my hip replacement surgery, my daughter and son in law came for a visit to help me out, run errands, clean the house, make meals, etc. Which I greatly appreciated. But that was a month ago. I’m fine now, up and around and everything. But they’re still here. I’ve dropped all sorts of hints that it’s time for them to return to their home, but I think for some reason they prefer living with me. Don’t get me wrong, I love them. I just want my privacy back. Help!”
--Esther B.

@RabZip: “Esther, I feel your pain. I want you to develop a sudden passion for yodeling music and play it non-stop in the house. Your daughter and son in law will be gone the same day.”

“Rabbi Zipowitz, my father runs a butcher shop, as did his father and his father before him. Meat has always played an important role in my family’s history and diet. Which is why my decision to become a vegan has caused such a huge conflict in my family. I’ve tried to explain as best I can that veganism is better for our health, better for the animals, and better for the planet, but my family persists in thinking I’ve gone meshuga. What do you suggest?’
--Eileen S.

@RabZip: “Eileen, I too went through a vegan phase. I think most caring people do. But after my electro-shock therapy, I’m back to normal and love burgers again. Think about it.”

“Rabbi Zipowitz, no matter how good a job I do at any task around the house, my wife Lila invariably finds some small part of it that is not to her liking. She’ll then magnify that part way out of proportion and express anger and disappointment about it non-stop, seemingly overlooking the 95% of the job I did well. I find this upsetting, disheartening and draining. How can I resolve this dilemma?”
--David F.

@RabZip: “David, clearly you are unaware of, or have forgotten, the only two things you should be saying to your wife for a happy marriage: ‘I’m sorry.’ And ‘Yes, dear.’.”

“Rabbi Zipowitz, Last night I had a dream that I had won millions in the lottery. I was relaxing on the beach of an island I’d purchased, when a UFO suddenly appeared and sucked me up into it for a series of scientific experiments. When they returned me to Earth, I could only speak at three times my normal speed, gave away all my money, married triplets, and dedicated the remainder of my life to working at a raccoon sanctuary. Please, what does this mean?”
--Debra W.

@RabZip: “Debra, relax. I’ve had the exact same dream three times. And while I’m not sure what it means, I did notice the dreams stopped when I stopped eating blintzes before bed.”

“Rabbi Zipowitz, I have friends who got engaged to the first person they ever dated, and are now married with kids. Yet here I am, many years and many, many dates later, and I still haven’t met the right person. Have I done something wrong, maybe in a past life, to deserve this as punishment? Am I not earning enough money? Is my car too old? Am I not attractive enough? Are my conversation skills lacking? Should I move to a larger city? Do I need to read books or take courses dealing with attracting women? Please help!”
--Paul A.

@RabZip: “Paul, when you meet a woman for the first time, try not to ask so many questions. Listen more. Smile. Let her do most of the talking. If that fails, try therapy.”

“Rabbi Zipowitz, My dog recently died. He was my loyal companion for many years, even more loyal than some of my friends. I was wondering: what happens to animals after they die? Do they go to heaven? Are animals rewarded and have immortal souls? If every creation has a spark of G‑d, in what way does the soul of a person and that of an animal differ? And if animals do go to heaven, will we be able to see them there, or will they be in a special animals-only section?”
--Lauri D.

@RabZip: “My condolences about your dog, Lauri. While Jewish scholars have differing opinion on this topic, my feeling is that dogs are reincarnated as politicians, so you may even encounter your pet before heaven!

The Second Time Around

Thou Shalt Twitter
Korach 5782: Visit to Lift the Spirit
That Time The Ivy League Found A Way To Limit Jewish Enrollment
Would You Rather Be Right or Happy?
Comments
MOST POPULAR IN Jewlarious
Our privacy policy