Colliding with Dale Carnegie: How a Russian Learned to Love “How to Win Friends” 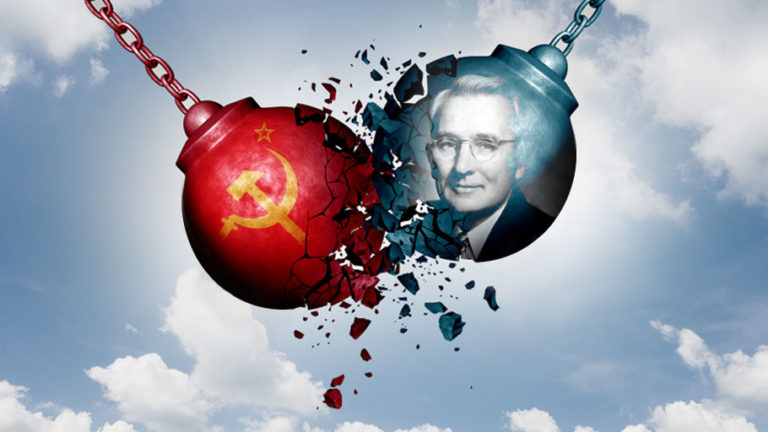 And no longer minds losing an argument.

The first time I read Dale Carnegie’s How to Win Friends and Influence People was in 1990. I was still living in Russia; the Cold War had just ended. Capitalist American books suddenly became very popular. Carnegie’s was one of the first to be translated into Russian and was “the book to read.” Everyone wanted to be a capitalist, and this book was supposed to make me a better one.

But I decided that it was stuffed with disingenuous fluff – that it taught the reader how to not be authentic; it turned you into a fake.

At the time I read it, that book had no chance of getting through to me. I was a product of the Soviet system. We were Seinfeld’s Soup Nazi “No soup for you” nation. Teachers who were kind and inspired students were considered weak. I remember two teachers in my school who were considered virtuosos. Neither one smiled. They rarely praised and were never afraid to insult their students for getting an answer wrong. But they were highly regarded because they knew their subjects well and thoroughly subjugated their students.

If we were computers and had no emotions, then my Soviet teachers would have been right that knowledge is the only thing that matters. Then teaching (communicating) would be just data transfer from teacher to student. But if you have something you think is worth uploading to others, they have to be willing to download it.

This is where the wisdom of Carnegie comes in. If we were computers, the way data was packaged would be irrelevant – the content would be all that mattered. However, because we are human, the way we package our content is paramount if the other side is to be willing to receive it.

Criticism is very tricky because it puts a person on the defensive and usually makes him strive to justify himself. Criticism is dangerous because it wounds a person’s precious pride, hurts his sense of importance and arouses resentment.

There is a person I work with who does a task for me on a regular basis. She is a very diligent and hardworking person, but occasionally she makes a mistake. Pre–Dale Carnegie, I would criticize her. Not anymore. Now I start with praise – how she does a great job, how sometimes I wish I could match her attention to detail – and only then do I lightly mention her mistake. Everything I say about her work is absolutely true – she’d detect a lie. The data upload is the same – she made a mistake – but I package it differently. The result is that she has been making a lot fewer mistakes and the quality of our working environment has improved.

As an investor, I am constantly involved in arguing and debating with others. I debate ideas with my partner and with my value investor friends. My partner and I often disagree – which is awesome, because if we always agreed, one of us would be extraneous. But this quote from Carnegie’s book changed how I debate: “You can’t win an argument. You can’t because if you lose it, you lose it; and if you win it, you lose it. Why? Well, suppose you triumph over the other man and shoot his argument full of holes and prove that he is non compos mentis. Then what? You will feel fine. But what about him? You have made him feel inferior. You have hurt his pride. He will resent your triumph.”

Carnegie provides this advice: “Our first natural reaction in a disagreeable situation is to be defensive. Be careful. Keep calm and watch out for your first reaction. It may be you at your worst, not your best. Control your temper. Remember, you can measure the size of a person by what makes him or her angry. Listen first. Give your opponents a chance to talk… Look for areas of agreement. When you have heard your opponents out, dwell first on the points and areas on which you agree.”

I used to feel I had to win every argument. I patted myself on the back when I did.

Twenty-five years later I wish I could turn to my 17-year-old self and say, “Read this book slowly; pay attention; this is the most important thing you’ll ever read. It will change your life if you let it.” I obviously can’t do that, but I can encourage everyone around me to read this important book. It will help you to understand other people better and make you a better spouse and a better parent.

Four Ways to Be Happier Without Changing Anything (but Your Mind)

Magnify Your Genius: Michael Jordan and Staying in Your Strength Zone
The Promise Of The Land
Which Chat Are You On?: Parshas Behar/Lag Ba’Omer
Do You Like Slow-Cooked Food? Thank the Jews
Comments