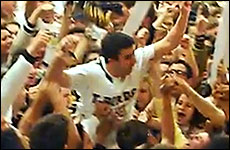 Yes, winning is everything. But how do you define “winning?”

Not long ago I read about a long-distance race with a very unusual finish:

Iván Fernández Anaya was competing in a cross-country race in Spain, running second behind Abel Mutai of Kenya. As they approached the finish line, he saw the leader mistakenly stop, thinking he had already crossed the line. So Fernández Anaya also stopped – and guided the Kenyan to the line, letting him cross first. 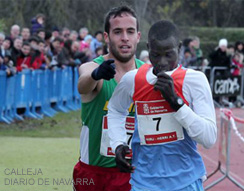 Suffice to say, this story would not have garnered much attention if Fernández Anaya had exploited the mistake by speeding past to claim an unlikely victory. It was the act of “doing the right thing” – ostensibly at personal expense – that earned Fernández Anaya the real victory.

True greatness does not come at the expense of others. It comes from doing the right thing.

“A person should always strive to do the ‘right thing’ simply because it’s the truth. And [if one does so], the end result will be good.”

When one’s motivation to “do the right thing” is without an expectation of reward – but rather “because it’s the truth” – the powerful force of altruism is preserved.

Rabbi Kalman Packouz tells of a rabbinical colleague who had tried unsuccessfully for years to make a fundraising appointment with a multi-millionaire who worked in the same office building. One day, as a parking officer approached, the rabbi put a nickel in the expired parking meter of the man’s Rolls Royce.

Unbeknownst to the rabbi, the owner of the Rolls had seen the parking officer approach and was running down three flights of stairs to "head her off at the pass." When he got outside, the man was incredulous that the rebuffed rabbi had performed a gratuitous act of kindness on his behalf. "Rabbi," the man said, "can you come up to my office to talk for a few minutes? I'd like to get to know you better."

A recent news story showed another great act of "doing the right thing." A developmentally disabled teen named Mitchell had served as the ball-boy for his high school basketball team. The coach decided that one time, he would let Mitchell wear a uniform for the game.

What the coach didn't tell Mitchell is that he planned to actually put him in the game.

He did, and Mitchell's teammate tried numerous times to pass him the ball so he could score a basket.

But every time, Mitchell either missed the easy shot, or fumbled the ball out of bounds.

With a few seconds remaining in the game, the opposing team had the ball, and Mitchell's chances were finished.

One member of the opposing team tossed the ball to Mitchell, allowing him to shoot and score.

The crowd erupted in pandemonium.

There are two heroes in this story: First, the opposing player who passed Mitchell the ball. That great act of sportsmanship is now gaining the reward of a video which went viral online.

But I think the bigger hero is the coach who decided beforehand to let Mitchell play, even if it meant losing the game.

We can choose such greatness for ourselves, if we appreciate that our most profound advancement comes when we care about others and put truth above personal gain.

As a life philosophy, it’s a guaranteed win-win. 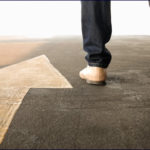 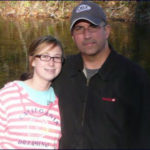 Because I Said I Would3 min read 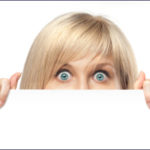 Four Primary Excuses that Hold Us Back1 min read