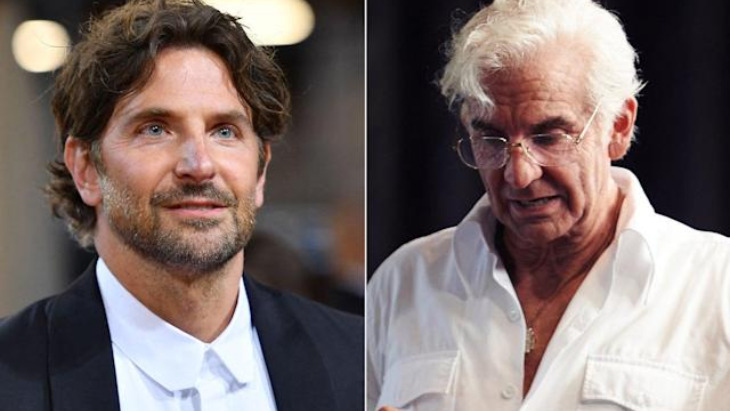 A look at the surprising long history of the slur against “Jewish noses.”

When Netflix released the first images from its upcoming movie Maestro, about the great Jewish American conductor Leonard Bernstein, the stills from the movie caused an uproar. Bradley Cooper, who is starring and directing the film, donned a large prosthetic nose to portray the famous musician.

Cooper, who is not Jewish, has been accused of “Jewface,” the exaggerated portrayal of Jewish characters by non-Jewish actors, who sometimes resort to stereotypes that can veer dangerously close to antisemitic tropes. As James Hirsh, a co-host of the Menschwarmers podcast has noted, “This is Cooper’s third time portraying a historical figure on screen. No prosthetics were used to play American Sniper’s Chris Kyle or Licorice Pizza’s Jon Peters. He didn’t use them to play the Elephant Man on Broadway.” Why suddenly don a fake nose now?

Comparing photos from Netflix’s movie with actual pictures of Leonard Bernstein, the contrast between the two images is noticeable: Cooper’s nose appears larger than Bernstein’s. (My middle school son laughed when I showed him the images, observing that Cooper’s overly large schnoz looks “like blackface for Jews”.) 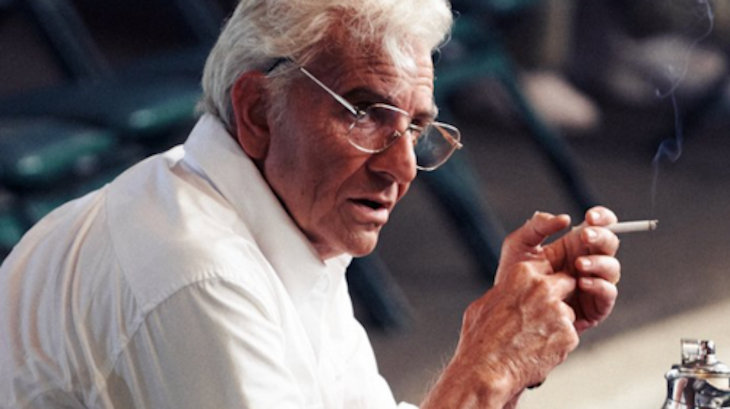 I get that acting is all about creating an illusion. Some of the most well-known Jewish characters on the silver screen have been played by non-Jews (British actor Ben Kingsley playing Itzak Stern in Schindler’s List, Italian actor Robert Benigni playing Guido Orefice in Life is Beautiful, and Hellen Mirren as Golda Meir in an upcoming movie). I’m sure that Bradley Cooper can perform ably as Leonard Bernstein – but why the huge nose?

Sadly, there’s a long and ignominious history of portraying Jews with huge noses. “The visual sources for and fundamental meaning of these features are no mystery,” observes Dr. Sara Lipton, Professor of Medieval History at Stonybrook University in New York and the author of Dark Mirror: The Medieval Origins of Anti-Jewish Iconography (2014).

In the Middle Ages, it was common for Christian artists to depict the Devil as a quasi-animalistic creature with a grotesque, animal-like nose. “Long or large, downward-curved, snout-like or beak-like noses, especially when combined with brutish expressions and shaggy beards, had long served as visual indicators of bestiality, brutality, irrationality, and evil,” she notes. In about the 1200s, Christian artists began to depict Jews with these exaggerated features, drawing huge noses on Jewish subjects as a marker of their supposed evil. The idea of a “Jewish nose” became firmly embedded in the collective Western imagination.

Let’s get one thing straight: Jewish noses are no larger than non-Jewish ones.

If you don’t believe me, consult the research of the late anthropologist Dr. Maurice Fishberg. Born in 1872 in Russia (present day Ukraine), Dr. Fishberg moved to New York in 1889, where he studied medicine and became a noted physician. 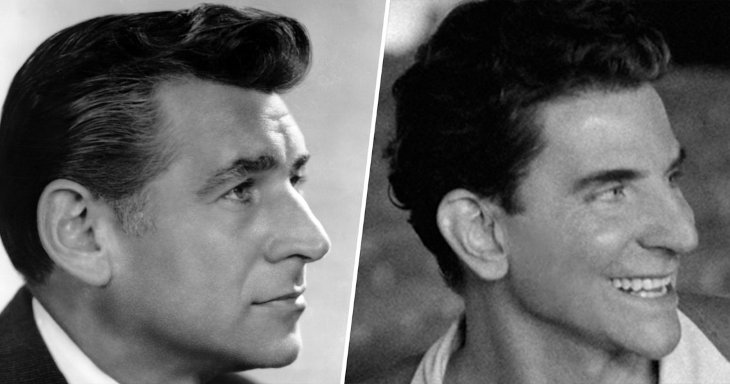 Aren’t their noses just about the same without the prothesis?

At the time, the burgeoning study of eugenics posited that some races were superior to others. Dr. Fishberg wondered if many of the slurs against Jews - including that their supposedly large noses reflected shady morals - had any scientific basis. In 1911, Dr. Fishberg set out to settle the question of whether Jewish noses really were much larger than the average non-Jewish proboscis (a fancy way of saying nose). He meticulously measured the noses of a whopping 4,000 Jews and compared them with others.

His conclusion? The noses of Jews are not statistically larger - as a group - than the noses of anyone else.

His findings failed to budge the persistent myth that Jewish noses are unusually large. Twenty-seven years later, the notorious Nazi propagandist Julius Streicher published his famously influential children’s book Der Giftpilz (The Poisonous Mushroom) in which he ominously told a generation of German children, “One can most easily tell a Jew by his nose. The Jewish nose is bent at its point. It looks like the number six… Many Gentiles also have bent noses. But their noses bend upwards, not downwards. Such a nose is a hook nose or an eagle nose. It is not at all like a Jewish nose.” 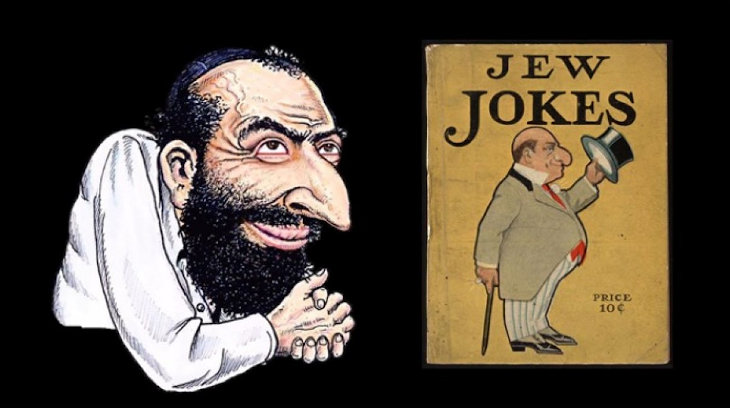 Nazi propaganda routinely depicted Jews with grotesque, exaggerated noses. When Otto Dietrich, the Nazi Reich press chief from 1937 to 1945 was convicted of war crimes after the Holocaust, the judge noted in his decision that “It is…clear that a well thought-out, oft-repeated, persistent campaign to arouse the hatred of the German people against Jews was fostered and directed by the press department and its press chief…” Routinely printing distorted images of Jews with grotesque noses was a key part of that propaganda. (Quoted from The Jewish Enemy: Nazi Propaganda During World War II and the Holocaust by Jeffrey Herf: 2006.)

Even the medical profession has long disregarded the fact that Jews’ noses are no larger, on average, than other people’s noses. “For over a century, the term the ‘Jewish nose’ has been used in Western scientific literature to describe a set of physical features thought to constitute a distinct, race-based deformity,” notes plastic surgeon Dr. Beth Preminger.

She notes that in 1850, the well-known anthropologist Robert Knox wrote that Jews’ faces are marred by “a large, massive, club-shaped, hooked nose, three or four times larger than suits the face…Thus it is that the Jewish face never can (be), and never is, perfectly beautiful.” So much for scientific objectivity.

Medical journals and textbooks have long openly advocated the surgical “fixing” of “Jewish” noses. In 1930, Dr. William Wesley Carter wrote that “the modification of accentuated family or racial characteristics, such as are sometimes observable especially in Semitic subjects…is frequently of great importance to the individual.” As recently as 1996, one surgical manual described how to “correct” a “Jewish nose”. Another 1998 textbook discussing rhinoplasty (nose jobs) described patients undergoing the procedure as being “of Jewish ancestry” or of “Jewish descent”. 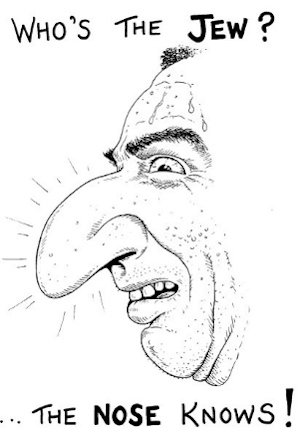 These attitudes led a whole generation of Jewish women to go under the knife in order to “fix” their so-called “Jewish noses”. One actress who resisted the lure of a nose job is Barbra Streisand, and she was often asked about this unusual decision. In one 1985 interview with Barbara Walters, Barbra Streisand felt the need to justify her decision to keep her natural nose: “Well, first of all I didn’t have the money to have my nose fixed - even if I had thought about it, which I did think about it. The real reason is I didn’t trust the doctors to make my nose right…I thought my nose went with my face, ya know, it’s all rather odd.”

Some stereotypes about the “Jewish nose” seem to be receding. Since 2000, for instance, the number of nose jobs done in the United States has declined by 43%. As early as 1999, Dr. H. George Brennan, a plastic surgeon, noted a new resurgence in pride among Jews who loved their noses au naturale. In the past, Dr. Brennan told The New York Times, “fixing” a “Jewish nose” “was the thing to do. You had your bat mitzvah and you got your nose done.” Increasingly this isn’t the case today.

That doesn’t mean that the myth of the huge-nosed Jews is gone. 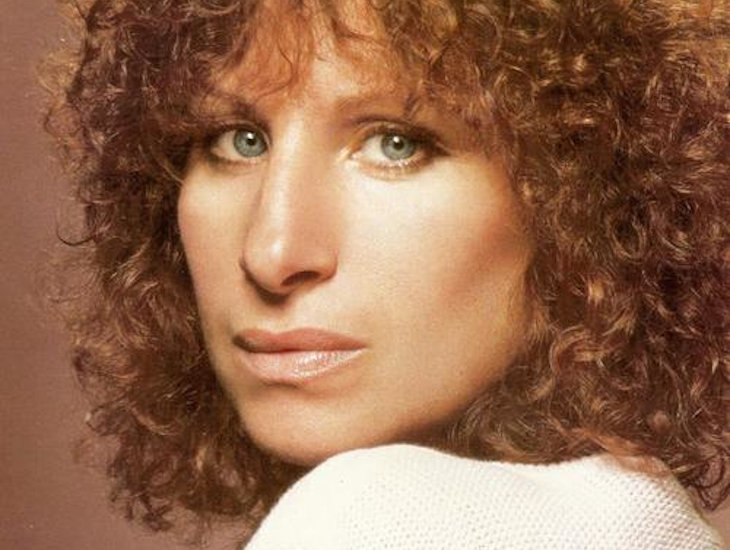 Recently, the Amadeu Antonio Foundation, a German anti-Nazi organization, noted that harmful images of Jews depicted with exaggerated noses continue to circulate, often in far-right antisemitic publications and websites. “A big nose, a greedy gaze and sidelocks - most antisemitic images of ‘the Jew’ include these features. Frequently, these are depictions of men in expensive suits and big glasses, rubbing their hands. They paint a picture of a money-grabbing, rich man. The outward appearance that is attributed to ‘the Jew’ make him the Other, an outsider. This portrayal can be found frequently as a meme in right-wing extremist and terrorist online subcultures…”

With rates of antisemitic sentiments and crimes reaching record levels around the world, it’s time to examine our own anti-Jewish prejudices, including the false stereotype that Jews have unusually large noses. This age-old, harmful slur doesn’t belong on Netflix.

I’m looking forward to watching Maestro when it comes out, and I’m sure that Bradley Cooper will do a wonderful job portraying Leonard Bernstein. I just want him to lose the fake nose.

Should Jews Support Ukraine?
It Takes A Lot Of Faith To Be An Atheist
How Instagram Brought Back This Nostalgic Soup
What Makes Eli Run?
Comments
MOST POPULAR IN Israel
Our privacy policy