Baby India: There Are No Unwanted Babies 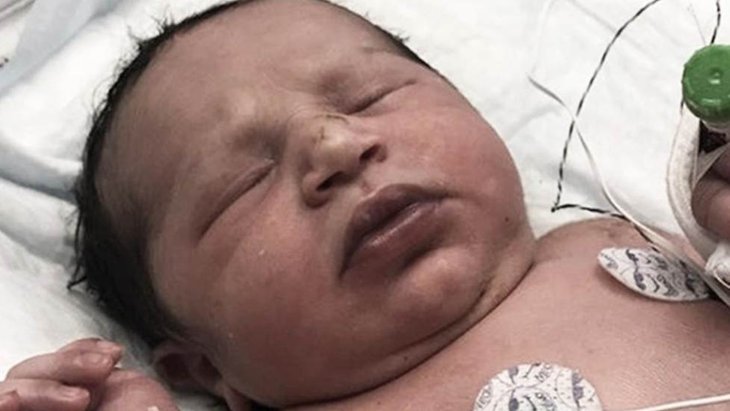 Why should any child be abandoned, or any baby deprived of life, when so many potential mothers and fathers yearn with all their hearts for the chance to adopt?

As soon as Baby India was found, families by the hundreds began offering to adopt her.

The newborn had been abandoned shortly after she was born, pitched into the woods along Daves Creek Road in Forsyth County, Ga. Nearby residents called the sheriff’s department after hearing what they thought might be someone crying, and the officers who answered the call found the baby, with its umbilical cord still attached, tied up in a plastic bag and thrown away.

She is a sweetheart, but sweeter by far was the reaction to her discovery. No sooner did the news begin spreading than the calls started coming in from families wishing to bring up Baby India as their daughter. More than 700 adoption inquiries had been received as of Saturday, the director of Georgia’s Division of Family and Children Services told The New York Times – and that doesn’t include the 200 families who were already on a state waiting list of potential adoptive parents.

“I even had somebody message me on LinkedIn,” the director said. “This is an amazing outpouring of love. She’s a precious, beautiful little child.”

There was a time in human history when it was common for unwanted infants to be abandoned and left to die of exposure. Today such a practice is unthinkable – most of us cannot imagine what demons of insanity, desperation, or numbness could drive a mother to do something so heartless. All the more so since, as the response to Baby India demonstrates, there are parents who will gladly, eagerly adopt any child in need of a home.

There is no such thing as an unadoptable boy or girl. One estimate puts the number of US families seeking to adopt at 2 million. Yet only about 135,000 children are adopted each year in the United States. The supply of would-be parents ready to provide a loving home vastly exceeds the number of children available for adoption.

That is a truth worth remembering whenever the specter of “unwanted children” is raised, as it routinely is in debates over abortion. Better to abort a fetus in the womb, some pro-choice advocates insist, than to bring an unwanted child into the world. Sometimes, as Megan McArdle suggests, that’s a disingenuous argument: Abortions are often procured not because a child would be unthinkable, but because pregnancy is unwanted. But what about women who turn to abortion not because pregnancy itself fazes or frightens them, but because they just do not want the baby they are carrying – maybe they regard motherhood as intolerable, or the baby is at risk of a genetic disorder, or the father has vanished and the prospect of parenting alone is too daunting. In such cases, Baby India offers reassurance: You don’t have to destroy a baby just because you don’t want her. There are always others, usually many others, who want it very much.

That’s the case not only for healthy infants free of serious problems, but for nearly all babies and children, whatever their condition. In America, there are parents available for any child who needs adopting. Conna Craig – a former foster child who in the 1990s founded the Institute for Children, a think tank dedicated to reforming foster care – says it is a myth that adoptive parents are interested only in “healthy white babies.” There are parents ready to shower their love on sick children, on minority children, on older children. Babies born with HIV, with cerebral palsy, with severe disfigurement – there are nearly always parents who are ready to adopt even youngsters with the most challenging problems.

An unintended consequence of legalizing abortion in the United States was a sharp reduction in the number of babies placed for adoption. The shortage of children for hopeful adoptive parents is exacerbated by state foster-care systems, in which tens of thousands of children languish because of needless bureaucratic complexity or wrongheaded incentives.

Yet the fact remains: Every child is adoptable. No baby is unwanted. To throw an infant away in the woods is not just a criminal act, not just a moral obscenity, but also a heartbreaking waste of love. Why should any child be abandoned, or any baby deprived of life, when so many potential mothers and fathers yearn with all their hearts for the chance to adopt?

This article originally appeared in Jeff Jacoby’s Arguable newsletter at the Boston Globe. Click here to sign up to his newsletter.