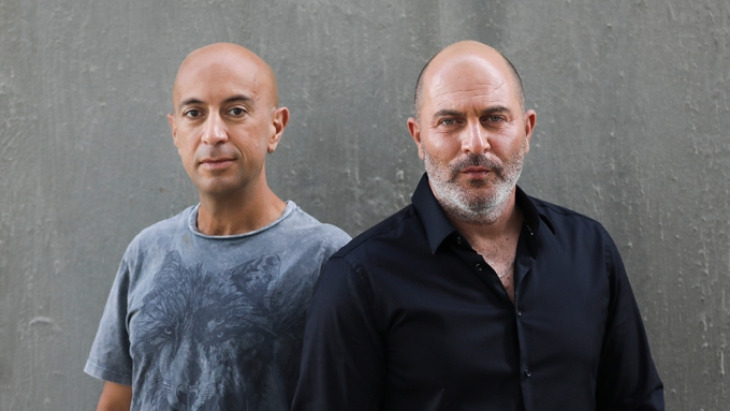 What could I do for someone who knew he would die soon? I knew Len loved Raz and so I decided to ask the Israeli actor for a favor.

On October 15th, I got a phone call I will never forget. My dear friend Len, who was fighting his way out of tough Leukemia, called. I knew it was not good news. After giving his most in a fight for recovery, the Leukemia resurfaced. I was heartbroken. I remembered attending his 11-year-old son Alexander’s funeral just seven years before this phone call. Len had seen enough suffering. His father survived the Holocaust by jumping off a train headed to Auschwitz, hiding in the forest. I rushed over to Len’s house. We sat together and cried. It was like attending someone’s own shiva while they were alive. I didn’t know what I could do for someone who knows he has a short time to live. I knew Len loved Fauda and Lior Raz, and so I decided I would try.

I contacted Fauda writer Avi Issacharoff and asked if there was a way they could make a video for Len, who really loved them. There was not much else I could do to alleviate the pain of a friend. I was sad to see him wither like that, so I did it. The next morning, I had a video with the warmest and most loving message from Lior Raz, someone I was used to seeing in scenes with guns blazing, cars racing, or practicing martial arts. Suddenly, I felt overwhelmed by the power of it. Here are people who live halfway around the world, never met Len or me, who on short notice just wanted to alleviate the pain of another person. 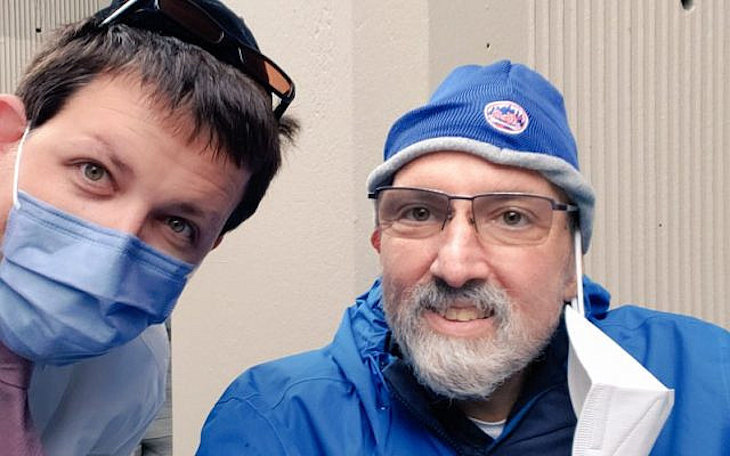 My last photo with my friend Len

I sent the video to Len and his wife and called him the next day. When I called him in the evening, I could hear his smile in his voice, telling me he got it. That was the last time I spoke to Len. The next time I went to visit, he was conscious but no longer able to talk. We sang for him, showered him with love, and once again, I showed him the video and told him Lior Raz was sending him love. One week later, Len left us for another world. I am still heartbroken by the loss of someone who was to me as a brother. Someone whose bear-hug welcomed me every Rosh Hashana and Yom Kippur morning, as he led the service, whose genuine kindness and goodness was always there for others, is a loss hard to recover from. Len and I would often talk about how much he loved Fauda and Lior Raz’s movies.

No matter who you are, what you are accomplishing, or what fight you are fighting, be there for others.

Yet, I have also learned a lesson in humanity and compassion in all this pain and loss. In a world that seems filled with adversity, guns blazing, and drama, there is plenty of room for kindness and our gentle humanity. No matter who you are, what you are accomplishing, or what fight you are fighting, be there for others. Whether you know someone – and especially if you do not – random acts of kindness make this world worth all the noise surrounding it.

Rest in peace Len, I love you forever. Thank you, Lior Raz and Avi Issacharoff, for reminding me that no matter what is going on, we must always take time off of our schedules, be there for others, and make this world a more compassionate place. I feel indebted to you and will make sure to carry on further this act of kindness.

This article originally appeared in The Times of Israel

The writer is a rabbi, writer, teacher, and blogger (www.rabbipoupko.com). He is the president of EITAN-The American Israeli Jewish Network and lives with his wife in New York City.

She Just Doesn't Get It

Things Keep Getting Better...And That’s the Problem!
Bechukotai 5782: Divine Retribution
Behar 5782: Working to Live or Living to Work?
The Wholeness of Being Broken
Comments
MOST POPULAR IN Society
Our privacy policy