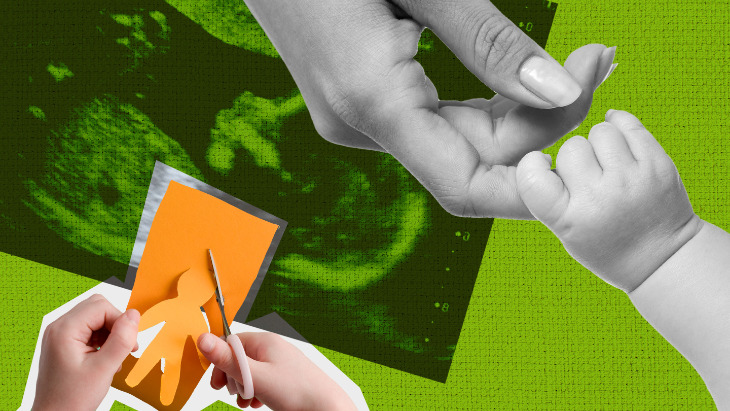 Child-freedom combines the freedom from responsibility of being a child with the independence and means of being an adult. But can you really have your cake and eat it, too?

Suzy Weiss, a writer based in New York, writes in her article, “First Comes Love, Then Comes Sterilization,” that “Americans are making fewer babies than [they’ve] made since we started keeping track in the 1930s. And some women … are not just putting off pregnancy but eliminating the possibility of it altogether.”

She backs that up with a number of sobering statistics:

“Last year, the number of deaths exceeded that of births in 25 states – up from five the year before. The marriage rate is also at an all-time low, at 6.5 marriages per 1,000 people. Millennials are the first generation where a majority are unmarried (about 56%). They are also more likely to live with their own parents, according to Pew, than previous generations were in their twenties and thirties… Cities like New York, where young, secular Americans flock to to build their lives, are increasingly childless. In San Francisco, there are more dogs than children.”

So why aren’t young people having children?

The reasons range from something called “child-freedom,” or not wanting to be shackled with the financial and physical burdens of childrearing (called THINKER – or “Two Healthy Incomes No Kids Early Retirement”), to fears from the havoc that pregnancy can wreak on the body (including postpartum depression, preeclampsia, and other issues), to a flirtation with some of the more extreme anti-natalist ideas that consider procreation morally wrong.

Parenthood is a slow, expensive demise into the world of the uncool: suburbs, minivans, car seats, and soccer practice. It’s an emotional rollercoaster as well.

The idea of childlessness isn’t that outrageous. Raising children is expensive and time consuming. It’s emotionally and physically draining. It cramps your style – you can’t just pull an all-nighter or take an impromptu trip overseas with little ones at home – and you will, most likely, get forced out of your hip urban neighborhood. Parenthood is a slow, expensive demise into the world of the uncool: suburbs, minivans, car seats, and soccer practice. It’s an emotional rollercoaster as well, especially as your children get older, begin to assert their independence, and claim to know everything.

The alternative – freedom – is certainly attractive. You never have to give up your cool, carefree lifestyle. You can travel, save money, and – if you play your cards right – retire at 50 when you’re still young and healthy enough to do what you want.

Some arguments in favor of children also aren’t that convincing. Most people wouldn’t sacrifice something enticing, like freedom, for something they feel is rather nebulous like a legacy or carrying on the family name. Building a family is fraught with uncertainty and risk – for example, you don’t get to choose your children, they could be literally anyone – when compared to a tight, ever-evolving, circle of friends. Yes, children happen to be an incredible source of joy, but you don’t know that until you’ve had them, and concepts like nachas and kvelling are impossible to explain to someone who hasn’t experienced them.

But despite those reasons – making babies should be your priority. Here's why.

Most of us decide to have children for selfish reasons. You have a vague sense that you want to start a family, that it will be meaningful, and intuitively feel that having a family is “the right thing to do.” And when the children arrive, it’s unlikely you really knew what you were getting into.

Then come the sleepless nights, dirty diapers, and drool.

It's impossible for parenting not to change you.

And that's when you discover something else about becoming a parent: it’s good for you. Parenting forces you to change: you become less selfish and more selfless. And that isn’t some type of personal growth thing – you don’t work on it – it’s something that just happens.

It’s impossible not to.

Pacing back-and-forth with a baby asleep on your forearm – and you can’t stop moving, babies know when you stop moving! – waking up every three hours, mixing formula, wiping bottoms, trying to stay calm as your stuff gets destroyed, running to myriad doctors’ appointments, and stressing about basically everything does something to you. It may be against your will, but you’re giving to someone else. The daily grind of parenting is an endless exercise in involuntary altruism.

There’s a term for that. It’s called growing up.

Child-freedom is appealing because it combines the freedom from responsibility of being a child, with the independence and means of being an adult. You get to have your cake and eat it, too.

But there’s a catch.

The inherent design flaw built into being human is egotistical self-centeredness. That’s not a value judgment, it's part of the human condition – we all start out thinking about ourselves. Everyone experiences the world from behind their eyes and between their ears. Growing up is a process of changing your perspective. It’s discovering that the world doesn’t revolve around you.

Growing up is a process of discovering that the world doesn’t revolve around you.

That discovery doesn’t just make you a better person. It makes you a happier, more fulfilled person.

But how can you appreciate those things if you’re self-absorbed or stuck in your head? Parenting forces you to do something for someone other than yourself. You might resent it. There may be moments where you even hate it. But, like eating your vegetables, it’s good for you in the long run.

It’s also a foundational Jewish idea. The Torah starts – as in, at the beginning, with the very first chapter – with an exhortation “to be fruitful and multiply.” The point is obvious: without future generations humanity cannot exist, and man’s purpose – as well as the Torah’s – is null and void.

There’s also a deeper message which is discussed in the Talmud. In order to be eligible to sit as a judge on a Jewish court, not only do you need to be wise, of exemplary character, and knowledgeable of the law; you also need to be a parent. And that’s because parenting, says the Talmud, instills in you mercy.

Parents spend a lot of time with irrational, crazy people. They hear a lot of wild accusations, half truths, and creative retellings of events. They deal with a lot of situations where the accused – as cute as he or she may be – is obviously in the wrong.

But what are you supposed to do? Lash out? Throw the baby out with the bath water? Maybe. But more often than not, it’s better to show restraint, be compassionate, and have mercy.

Compassion and mercy are acquired traits. They don’t just happen. They’re byproducts of dealing with people and appreciating different perspectives. And raising children gives you those skills, albeit usually by default. On a Jewish court, it makes you a better judge, and in life, it makes you a better, happier, and more fulfilled person.

You can be happy without having children, and unfortunately, not everyone is able to have children. Challenges, obstacles, shortcomings, and misfortunes are the stuff of growth, and everyone gets a healthy dosage of those things as well. But there’s something about the childrearing process that forces the issue.

Obviously, not everyone learns those lessons. Some people are horrible parents. But that’s not most people. Most people fall somewhere on the spectrum between good parents and mediocre parents, and these lessons get beaten into their skulls. It works. It changes you. It brings you inexplicable joy. And that’s a joy that those who are convincing themselves to be child-free are missing out on.