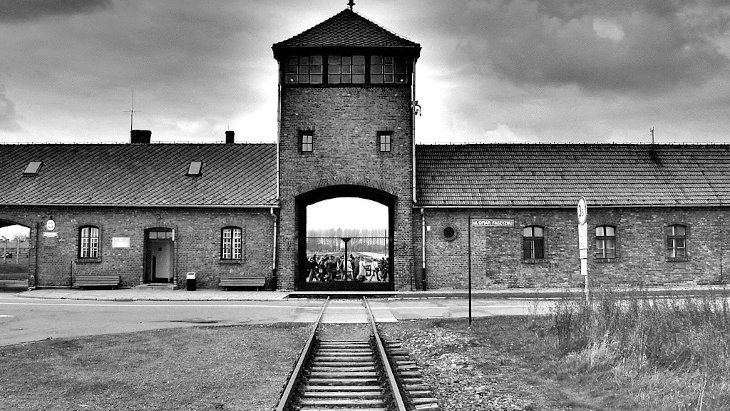 Does indifference to evil make you complicit?

On the 75th anniversary of the liberation of Auschwitz, on January 27 of this year, remembering isn't enough. To remember is merely to record what was; it does not ensure that there will be no comparable sequel.

Less than a century after we recognized the depths to which supposedly civilized human beings could sink as they sought to carry out a “final solution” of barbaric genocide, we are again witnessing the rise of a similar kind of anti-Semitism to the sickness of Nazi Germany. And merely mouthing the post-World War II slogan of “never again” or building hundreds of memorials to the six million will do nothing to prevent a repeat of the Holocaust unless we take to heart the real lessons we need to take away from a moment in history that brings shame to mankind.

How did Auschwitz happen? How was it possible for a cultured society to countenance concentration camps, crematoria and death factories? How could madness become acceptable to a sane and civilized world?

In a remarkable article in the New York Times last week by Rivka Weinberg, a philosophy professor, the author asks us to change our perspective from the moral message we've been teaching for years as take away from the horrors of the Holocaust. The gist of her argument is captured in the title to her piece: “The road to Auschwitz wasn’t paved with indifference.”

Weinberg asserts that we don’t have to be heroes to avoid genocides. We just have to make sure not to help them along.

Weinberg takes issue with the historian Ian Kershaw who wrote “The road to Auschwitz was built by hate but paved with indifference.” Weinberg asserts no, it was built with collaboration. The Nazis succeeded wherever anti-Semitism was entrenched, where Jew hatred was endemic. Her conclusion: “The truth about how massive moral crimes occur is both unsettling and comforting. It’s unsettling to accept how many people participated in appalling moral crimes but comforting to realize that we don’t have to be heroes to avoid genocides. We just have to make sure not to help them along.”

According to her, what we are to take away from the Holocaust has nothing to do with the sin of indifference. Silence in the face of evil should not be blamed.

“The belief that atrocities happen when people aren’t educated against the evils of bystanding has become part of our culture and how we think we’re learning from history. ‘Don’t be a bystander!’ we’re exhorted. ‘Be an upstander!’ we teach our children. But that’s all a big mistake. All of it: It’s false that doing nothing creates moral catastrophes; it’s false that people are generally indifferent to the plight of others; it’s false that we can educate people into heroism; and it’s false that if we fail to transmit these lessons another Holocaust is around the corner.”

What then is the message?

"Next time the murderers come, it’s understandable if it’s too much to ask for us to risk our lives, our children, or even our jobs, to save others. Just don’t welcome the murderers, don’t help them organize the oppression or make it “less terrible” (that won’t work anyway), and don’t turn people in. That will usually be enough."

To which I can only add, yes that will usually be enough - enough to let the murderers succeed, to let the killings proceed without interruption, to permit the crimes to become so much a part of daily life that soon after having been originally met with silence they will no longer even have the ability to stir the conscience or move the hearts of indifferent viewers.

To do nothing is by definition in effect to collaborate.

Weinberg wants to limit culpability only to collaborators. How can she not understand what J.K. Rowling expressed so powerfully: “Those who choose not to empathize enable real monsters, for without ever committing an act of outright evil ourselves we collude with it through our apathy.”

In other words, to do nothing is by definition in effect to collaborate.

That is what the Torah meant when it commanded us in the book of Leviticus, “Do not stand idly by the blood of your neighbor.” Apathy is a sin. But it is more than a sin. Rollo May concluded that “Apathy adds up, in the long run, to cowardice.” It is the kind of cowardice that empowers evil. It is what makes draconian evil possible.

No one can absolve those who remained passive witnesses while six million were slaughtered in their presence.

No one – not any historian or victim, not any student of the Holocaust – can absolve those who remained passive witnesses while six million were slaughtered in their presence. Even if they didn’t “welcome the murderers, help them organize the oppression, or turn people in”, they carry the mark of Cain on their foreheads.

Weinberg feels we have no right to expect heroism. “Heroism is exceptional, saintly; that’s not who most of us are, nor who most of us can be, so we’re kind of off the hook.” It is a philosophy that preaches the victory of the wicked; human beings can never be counted on to fight on behalf of their better nature. We may be created in the image of God but we can never be expected act as if we are Godly. The most we can hope for is to educate against collaboration. And remarkably enough this acceptance of our imperfection is supposed to ensure we have liberated ourselves from the crematoria of Auschwitz.

No, the world needs a different lesson. It is the only one that can offer us hope. It alone can turn the dream of “never again” into the fulfillment of the vision of universal peace. It is the message that asks us to view our survival as possible only on a foundation of morality, rooted in the awareness of our potential for individual greatness.

As we watch the civilized world slowly begin to sink again into the swamp of hatred and anti-Semitism we need most of all to commit that we will never again be passive observers of evil. As difficult as it may seem, we need to call upon our spiritual and intellectual resources to pledge that Auschwitz will never happen again because we have no choice but this time around to be heroes.

The Last Two Nazis on Trial

The US and the Holocaust: “We Did Nothing to Prevent It”
Why Are The Prayers Of Yom Kipur So Repetetive?
Ha'azinu 5783: A Time for Unity!
Twisted Thinking
Comments