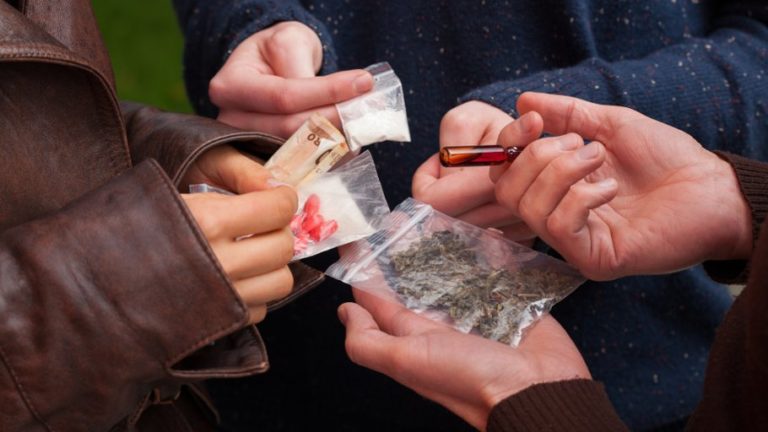 A new book by former addict and his father offers safer pathways to deal with life’s pain.

Nic Sheff didn’t think it was a big deal to begin smoking pot for the first time with a friend after school. After all, he was already twelve years old.

He liked the feeling of relief he got while high – relief from his adolescent insecurities as well as yet-undiagnosed depression and bipolar disorder. Nic’s pot highs quickly stopped being a luxury and became a ferocious need. He smoked pot, drank alcohol, began popping pills, and “graduated” to the most dangerous drugs possible: crack cocaine, crystal meth, and heroin.

Once he started doing crystal meth, “my life spiraled out of control in a flash,” he writes in High: Everything You Want to Know About Drugs, Alcohol, and Addiction, written with his father, David Sheff. “Meth made me arrogant, crazy, and fixated on more, more more. I was like an animal, reduced to one need: to get high. Nothing else mattered. I broke into houses, stole money. I even stole from my little brother’s piggy bank.” 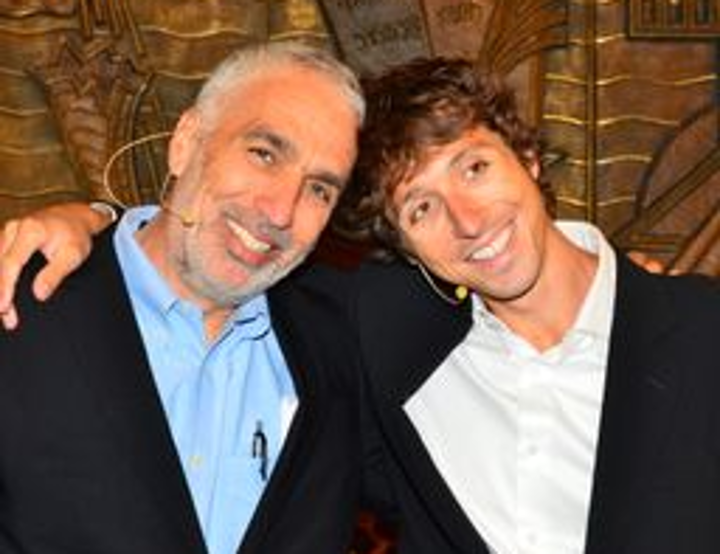 Nic descended from being a child of privilege to a homeless drug addict, living on the streets and eating out of garbage cans. After one overdose, he was in the hospital on life support. As many addicts do, Nic relapsed many times after stints in rehab. He was well into his twenties when he got clean and sober for good. An aspiring writer since childhood, Nic has written three memoirs about his experiences, including Tweak: Growing up on Methamphetamines and We All Fall Down: Living with Addiction. His father, David, has also written two memoirs from his perspective: Beautiful Boy, (made into a recently released film starring Steve Carell and Timothee Chalamet) and Clean: Overcoming Addiction and Ending America’s Greatest Tragedy.

“The more I tried to run from all the fear and depression, the worse it all became.”

Their new book is aimed specifically at teens but has valuable information for adults as well. High is in some ways a basic primer on drugs, explaining not only what each drug can be used for medically (when there are legitimate uses), but more so, its dangers.

Despite the harrowing and agonizing experiences both authors endured during Nic's years on drugs, they do not moralize that drugs are “bad.” Instead of reviving the old “Just Say No” motto popularized by Nancy Reagan, the Sheffs’ motto is “Just say know.” Believing that forbidding drugs or trying to scare kids off them is a failed way to deter drug use, their approach is to inform teens about the risks and horrific consequences of drugs so they can make an informed decision.

As a parent, I expected this approach to be ridiculously politically correct, silly and even dangerous. But as I read the book, I saw its wisdom. Nic’s personal stories, as well as those of other former teen drug users, make it impossible not to see the authors' conclusions that the risks of drug use nearly always outweigh any potential benefits. They acknowledge that today’s teens often feel inordinately stressed by a number of factors, including problems at home, personal identity insecurities, and the pressures of school. But, they clearly state, a drug high is never the answer. As Nic writes, "The big, important thing [I learned] was that the more I tried to run from all the fear and depression, the worse it all became. I had to learn that I hadn't been chasing a feeling all that time. I'd been trying to escape my feelings."

Society often seems to glamorize drug use, and the constant exposure to drug references and real-life opportunities can overwhelm a teen’s ability to resist. The greater the exposure, the less convinced a teen will be that drug use is truly dangerous. And while everyone can list the most dire outcomes of drug use – prison, hospitalization, or death – people are less aware of the very common and debilitating consequences of drug use: paranoia, anxiety, hangovers, memory loss, school absences, and relationship troubles.

Yes, marijuana is a gateway drug.

Some drugs are instantly addicting, including meth. Complicating the landscape is the growing number of synthetic drugs available, including synthetic cannabinoids (known as Spice and K2), as well as synthetic hallucinogens and other stimulants. They are all extremely dangerous and can cause severe paranoia, suicidal thoughts, violent behavior, and death. 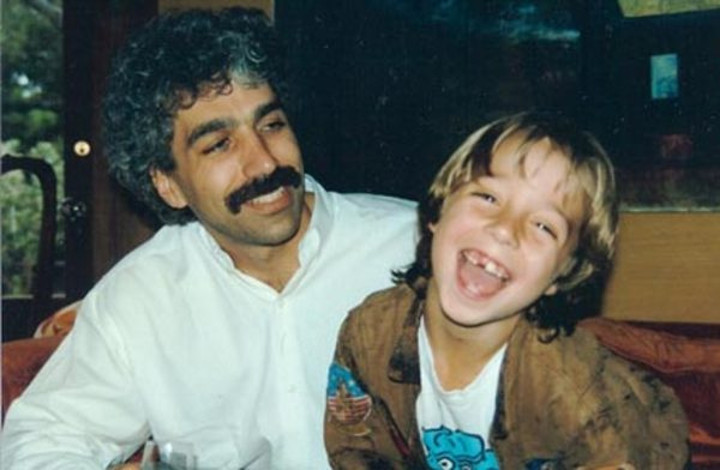 Nic’s experience proves what many experts have long warned, which is that marijuana is in fact a gateway drug to the more dangerous, even lethal substances that Nic eventually became addicted to. In one of the many excellent illustrations, they show the damage potential of marijuana on the still-developing adolescent and teenaged brain.

Underscoring this point, another new book, Tell Your Children: The Truth About Marijuana, Mental Illness and Violence, by Alex Berenson reports that recreational marijuana use is not only soaring, but the type being consumed is more potent than ever before. Berenson cites research and strong anecdotal evidence that heavy marijuana use is linked to psychosis, paranoia, and violence. For example, the first four states to have legalized marijuana (Colorado, Washington, Alaska, and Oregon) all experienced significant increases in aggravated assaults and murders within a few years of legalization.

While most people who try drugs will not become addicted, one out of ten will. Ninety percent of drug addictions begin in the teen years, and the younger the age of the individual when drug use starts, the higher the likelihood of addiction.

As a father, David regrets that he didn’t do more, sooner, to deal with Nic’s marijuana use. But even Nic’s schoolteacher and psychologist minimized the problem, telling David, “It’s not a big deal, a lot of kids try drugs, Nic’s a great kid – he’ll be fine.” 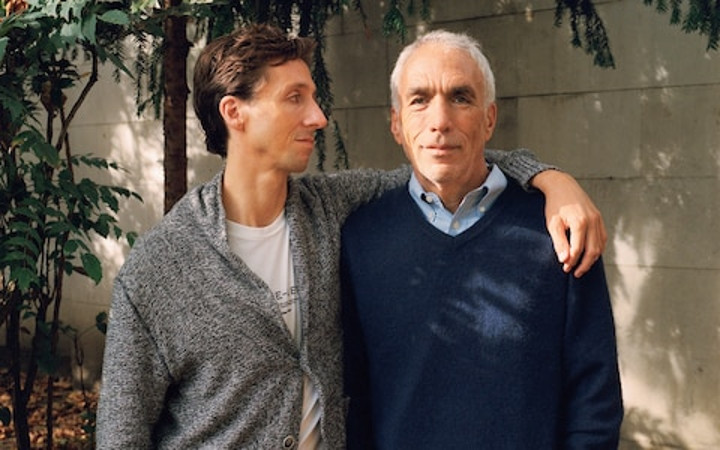 “I didn’t know how bad it was,” David writes. “I also didn’t know what I know now, that the research shows that it’s actually possible for parents to get their kids to stay away from drugs, or if that doesn’t work, at least use less.”

The book includes an “A-dictionary” explaining what each drug is, its commercial and street name, and how it is ingested. It has a self-test for addiction for teens, short, inspiring stories by other teen users who found their way out of their crippling addictions, and a resource section listing hotlines, helpful websites, peer counseling, and national organizations that can help find therapists or substance abuse treatment centers.

I wish I’d stood and faced what was going on instead of running away. I wish I had asked for help.

Nic Sheff’s message in this book is that the drugs he escaped to in order to blunt the pain of his teenaged unhappiness and anxiety only made his life much, much worse. Looking back, he writes, “I wish I’d stood and faced what was going on instead of running away. I wish I had asked for help. I wouldn’t have hurt so many people, and I d be further ahead in my career and in my life. I really wish for that sometimes – a life do-over.”

Instead of struggling or suffering alone, and instead of turning to any mind-altering substance, the Sheffs say, “When you have a problem, the first piece of advice we have is talk to someone. Problems you hide don’t usually get better – they get worse.” 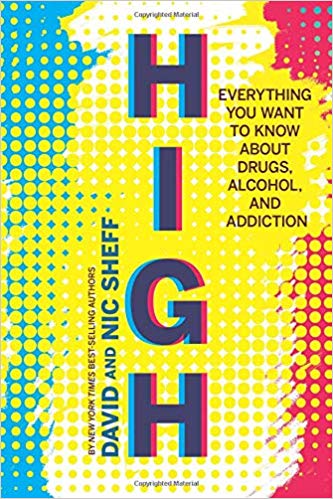 If it is not safe or comfortable to speak to parents, reach out to another responsible, caring adult: another relative, a school counselor, doctor or nurse, or friends. (The Sheffs did not mention seeking out a member of the clergy, a strange omission.) They included a story by one girl who had been afraid to speak to her mother about her problems, but she finally got the courage to do so, telling her mother she needed uninterrupted time for an important conversation. Her mother was far more receptive than the daughter expected, and was grateful she had opened up. Parents are often more understanding than their children anticipate.

Other suggestions on coping with stress include involvement in sports or other physical exercise, meditation (they include a short primer on how to start), art, dance, journaling and other expressive outlets. Some of these activities can also expand a teen’s social network. They also show the clear link between excessive hours on the computer and depression, encouraging teens to cut back hours spent on gaming, social media or watching shows.

When these actions are not enough, they urge teens to seek out a therapist, with the help of a trusted adult.

Fortunately, there is some good news about teens and drugs. According to a 2018 survey on teen drug use by the National Institute on Drug Use, vaping is up significantly, but use of illicit drugs other than marijuana remains at the lowest levels in more than 20 years – 6.1 percent among 8th graders, 9.6 percent among 10th graders, and 12.4 percent among 12th graders. The survey also found historically low levels of use among surveyed middle- and high-schoolers of alcohol, cigarettes, heroin, prescription opioids, MDMA (Ecstasy or Molly), methamphetamine, amphetamines, and sedatives.  Alcohol use and binge drinking continued a five-year decline among all grades, and the percentage of high school teens who reported ever using alcohol dropped by as much as 58 percent compared to peak years.

Parents can do more than they may think to prevent their children from starting to use drugs. A fascinating article in the Wall Street Journal (February 2-3, 2019) by Jennifer Breheny Wallace titled “Don’t Think the Worst About Your Teenager” cites research that proves that despite the stereotypes, most teenagers do not experience debilitating emotional turmoil or begin to hate their parents during those years. In fact, parental expectations are hugely influential regarding how teenagers do behave. In other words, teens often live up to – or down to – parental expectations regarding behavior, including drug and alcohol use.

Finally, the Partnership for a Drug-Free America offers tips for parents who are concerned about their children getting involved with drugs:

Coronavirus and Blaming the Victims

Super Powers
Seeing Without Eyes
Why Shouldn’t We Eat Whatever We Want?
The Power Of Prayer
Comments
MOST POPULAR IN Current Issues
Our privacy policy
Aish.com Is Looking for Great Writers