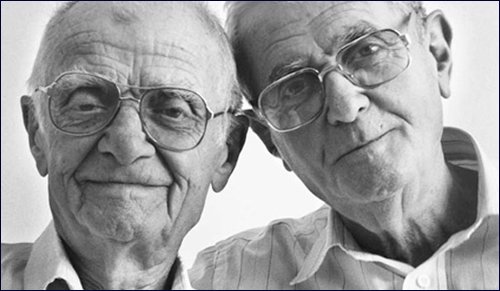 Albanians' strong traditions inspired them to save their nation's Jews during the Holocaust.

Albania, the only Muslim-majority country in Europe, was also the only European nation to emerge from the Holocaust with a larger Jewish population.

Yad Vashem, the Holocaust memorial center in Israel, has recognized 75 Albanian righteous gentiles. Given Albania’s small size and the tiny size of Albania’s prewar Jewish community of just 200, the number is very large. A Jew in Albania during World War II was at least ten times more likely to be rescued than in larger Jewish centers such as Lithuania or Poland. Albanians also saved hundreds of Jewish refugees who fled to the country from Germany, Austria, Greece and elsewhere.

One source this incredible bravery in Albania was the complex local honor codes that govern much of Albanian society, even today. “Kanun” is an ancient system of alliances and revenge that has led to horrific blood feuds and violence. But the fights are between men only; Albanian custom mandates that women and children not be harmed. When Albanians saw that Nazis were killing women and children, explains Prof. Eliezer Papo, a historian at Israel’s Ben Gurion University, they were horrified. “Men killing other men is part of life in Albanian tradition,” Professor Papo said, “the targeting of women is an unspeakable monstrosity.” 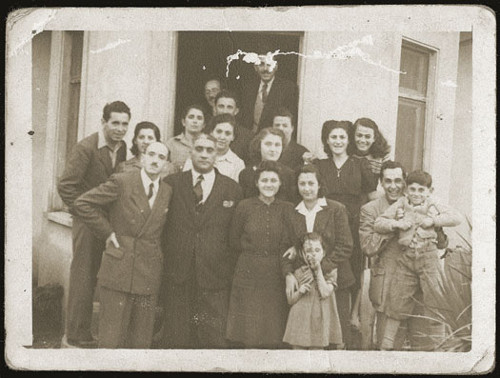 On October 29, 1944, Jewish refugees protected by Albanians pose for a photo following the liberation of the country. Photo: Refik Veseli

Another unique aspect of this Albanian tribal law is the code of “Besa”, which mandates protecting one’s guests. When Albanians who followed Besa felt they were hosting the Jews they sheltered, they were often willing to do anything, including risking their own lives and those of their families to protect their guests.

Doing so could pose enormous risks. “The Germans ruled (in Albania) and on every tree, every electrical pole we saw partisans hanging - many of them hanged to scare people into not hiding partisans and Jews,” recalls Aron Aladjem, who was saved along with his family by Albanians who risked their lives and opened their homes to Jews.

Aron Aladjem was ten years old in 1943 when he and his parents Nissim and Sarah Aladjem fled from Bulgaria to Albania. They were caught by five Albanian police officers who were working with the occupation forces. But instead of turning the family over to occupation authorities, the Albanian policemen turned the terrified Jews over to local Albanians who sheltered them.

For years, this and other stories about Albanians’ heroism went untold. During the long years of Communist dictatorship, many Albanians found it dangerous to talk about their families’ wartime activities. Today, more and more details about Albanians who rescued Jews are becoming known.

Vesel and Fatima Veseli and their three sons Hamid, Refik, and Xhema, have come forward with their story of saving Jewish refugees. Before the war, the family employed at least two Jews, both refugees from Yugoslavia. Joseph Ben Joseph, worked for Hamid in his clothing store and Moshe Mandil worked for Refik in his photography studio. “With the coming of the German occupation in 1943 both Jewish families were moved to our family home in Kruje,” Hamid and Xhemal Veseli later recalled. 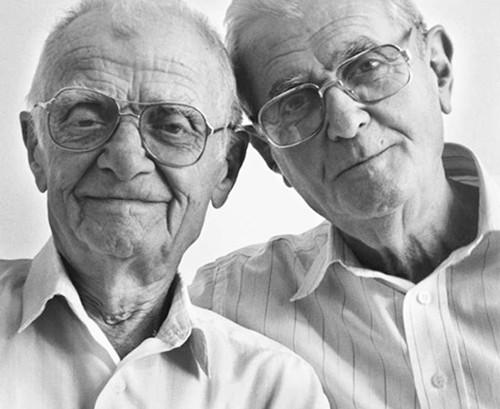 The brothers explained how the rescues worked. “Xhemal walked the parents night and day for 36 hours to our family home. We dressed them as villagers,” the Veselis remember. “Two days later we transported the children to Kruje. During the day we hid the adults in a cave in the mountains near our village. The children played with other children in the village. The entire neighborhood knew we were sheltering Jews. There were other Jewish families that were being sheltered also. One day the Germans were conducting a house-to-house search looking for a lost gun. They never found it and executed the soldier who lost it.” The Veselis continued sheltering the two Jewish families for nine months, until the end of the war. They have stayed in touch with the Mandil family who later moved to Israel.

Like many Albanians, the Veselis explain their actions in terms of Albania’s strong honor codes of extending hospitality to those in need. “Four times we Albanians opened our doors,” the brothers noted: “First to the Greeks during the famine of the World War I, then to the Italian soldiers stranded in our country after their surrender to the Allies, then to the Jews during the German occupation and most recently to the Albanian refugees from Kosovo fleeing the Serbs. Only the Jews showed their gratitude.”

Refek Veseli became the first Albanian recognized as Righteous Among the Nations by Yad Vashem, in 1987. One of the children he saved, Gavra Mandil, grew up in Israel and in 1987 made a personal appeal to Albania’s autocratic president at the time to allow the Veselis to come to Israel to attend the ceremony. Shockingly, Albania’s president agreed, and Refek and his wife were allowed to travel to Jerusalem for the honor. In 2004, after additional documentation emerged, Yad Vashem recognized Hamid and Xhemal Veseli as Righteous Among the Nations.

Another Albanian family willing to risk their lives to save Jews was the Hoxha family, who sheltered Aron Aladjem and his parents after they were arrested by Albanian police and turned over to sympathetic locals instead of occupation authorities.

Nuro Hoxha was a Muslim teacher and religious man. Despite the fact that a major Muslim holiday coming up, he closed his pastry shop at one of the busiest times of the year and moved the Aladjems family into his home, vacating a bedroom for their use. Nuro’s eldest son, Sazan, later recalled what that time was like: “I remember those terrible times when the Nazis moved into Vlore (his hometown), and the Jews went into hiding. I was ten years old.” 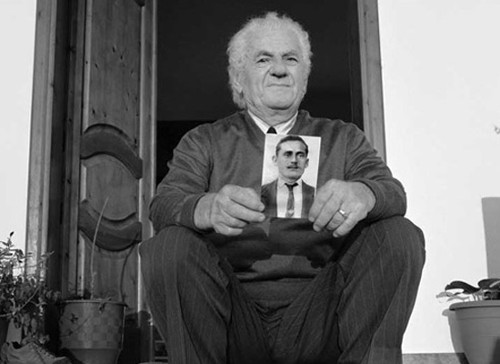 “My father sheltered four Jewish families. They all were his friends. I remember my father’s words to those he took in: ‘Now we are one family. You won’t suffer any evil. My sons and I will defend you against peril at the cost of our lives.’ We hid the families in underground bunkers that extended from our large house. There were three generations of the extended families of Ilia Sollomoni and Mojsi Negrin (two of the Jewish families they hid), comprising 12 people. There were others whose names I do not recall…. It was my job to take food to the families in the bunkers and to shop for necessities. All the inhabitants of Vlore were anti-fascist and all knew that many families were sheltering Jews.”

Nuro Hoxha was recognized as Righteous Among the Nations in 1992. Nuro’s son, Rexhep Hoxha, believes it is crucial that people recall his father’s actions. “My grandfather was a Muslim cleric,” he explains. “For him to leave his house and make room for this Jewish family, there is no tolerance more beautiful than this.” In the 2000s, Rexhep made his own gesture of friendship, returning three Jewish prayer books that the Aladjem family left in his home to the family’s descendants in Israel. 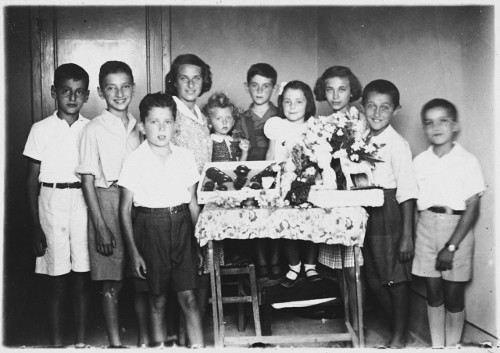 The promise of “Besa” was so pervasive in Albania that some Jews didn’t even need to go into hiding, confident that their Albanian neighbors would never turn them in. One Albanian Jew, Rafael Jakoel, later recalled the moment in 1943 when German soldiers moved into Albania. Rafael and his brother-in-law met with the mayor of their hometown of Vlora. “As long as you are here,” the mayor explained, “you don’t have to worry, but Germans are Germans so it’s better to go the capital.”

Rafael and his brother-in-law travelled to Tirana, Albania’s capital and met with Xhafer Deva, Albania’s Interior Minister in Albania’s fascist government which was collaborating with the Nazis. Minister Deva showed the Jewish brothers a list of Jews the German authorities had requested. The minister never turned it over to the Germans.

Other members of the Jakoel family were hidden by the vice-mayor of their town of Vlora. The Jakoel children played with and pretended to be the vice-mayor’s children. After the war, Rafael Jakoel, like many Albanian Jews, moved to Israel.

Historians and researchers continue to document the amazing stories of Albanian Muslims who helped and sheltered Jews. In the words of Yad Vashem, “The Albanians went out of their way to provide assistance; moreover, they competed with each other for the privilege of saving Jews. These acts originated from compassion, loving-kindness and a desire to help those in need, even those of another faith or origin.”

Today, 75 trees grow in Jerusalem, each one a memorial to a brave Albanian hero who has been named Righteous Among the Nations.

The Day of My Victory
Faith: the Axis Upon Which the Wheel of Science Turns
Love - Not Just About Chemicals Anymore!
Is There a Moral Code in a Virtual World?
Comments