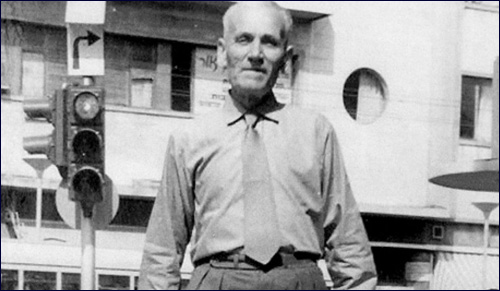 Risking his life, Kowalski’s house in Warsaw became a shelter for Jewish refugees.

Wladyslaw Kowalski was an unusual Polish officer: he had a positive attitude toward Jewish people. During World War II, saving Jewish lives eventually became his mission.

Kowalski was born in Kiev, Ukraine in 1896. He obtained an engineering degree but enlisted in the Polish brigade to fight the Russians for Poland's autonomy before seeking a job in his chosen profession. In 1917 his parents, also supporters of Polish independence, were killed by the Russian Bolsheviks.

After World War I, Kowalski joined the Polish army. He served until 1935, retiring with the rank of colonel. He worked for Philips, a Dutch electronics firm in Warsaw, which later proved to be highly beneficial to himself and others.

When Nazi Germany invaded Poland on September 1, 1939, Kowalski headed the brigade that defended Warsaw. Though his commander ordered him to surrender, he insisted on fighting for another two weeks. He was then arrested by the SS and taken to a prison camp with thousands of other Polish officers. Thanks to his work for the Dutch-owned Philips company in which Nazi Germany had an interest, he was released. 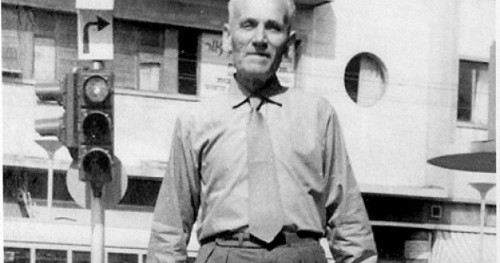 In the summer of 1940, Kowalski met a sick and hungry 17-year-old boy wandering the streets of Warsaw outside the ghetto. The boy, Bruno Boral, said to him, “I am a Jewish boy who’s being persecuted. I haven’t eaten for three days. Could you please buy me something to eat?”

Kowalski took Bruno home, looked after him and obtained a forged Polish passport for him. Then he found him a place to live and a job at the Philips plant. Thanks to Kowalski’s assistance, Bruno survived the war and later moved to Belgium.

That was the start of Kowalski’s efforts to save Jewish lives.

One August day in 1941, while walking past a ruined Warsaw building, he heard someone moaning inside. He discovered a Jewish man, Phillip Rubin, starved and petrified. He begged Kowalski to help him and his brother and sister who were also hiding inside the building. Kowalski immediately took all three of them to his home.

There is no further information mentioned about these three but Kowalski probably found other hiding places for them in Warsaw as he did later with others.

His job at the Philips company had another plus: the freedom to travel around in all parts of Warsaw. He had a pass even to enter the closed-off Jewish ghetto which he used to save several Jews and smuggle in medicine and weapons.

In 1943 he helped a widow, Leah Bucholtz, whose husband had been killed by the Nazis, to leave the ghetto with her son. He found them a safe place to stay in the home of a Polish woman. He brought other Jews out of the ghetto and found hiding places for them too.

His house in Warsaw soon became a shelter for Jewish refugees. He also found hiding places for others with his relatives and friends. Despite the danger, he provided the refugees with food and took care of them.

Although Kowalski was interrogated several times by the Gestapo on suspicion of helping Jews, he refused to divulge any information.

The Warsaw Uprising lasted from August to October, 1944 when all the inhabitants were evicted from the city. Yet Kowalski refused to abandon the 49 Jewish refugees he was protecting.

He found a bunker in the rubble and remained with them for four difficult months.

Their daily ration consisted of three cups of water, a tiny amount of sugar, and vitamin pills. They stayed hidden for 105 days and by the time they were liberated by the Russians in January 1945, they had been reduced to eating fuel.

After the war ended, Kowalski married Leah Bucholtz, the woman he had saved four years earlier. They eventually immigrated to Israel together with her son from her first marriage. Most of the refugees saved by Kowalski also settled in Israel after the war. 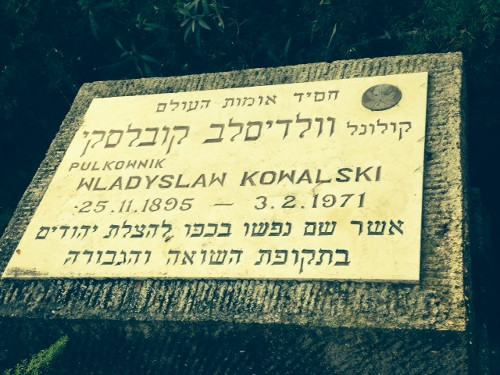 "I admit I saved only 49 Jews," said Kowalski in 1961, when he addressed a conference of immigrants from Poland in Tel Aviv.

Like many other Righteous Gentiles, he denied his heroism by insisting, “I did not do anything special for the Jews and I do not consider myself a hero. I only did my duty as a human being toward people who were persecuted and tortured. I did not do this only because they are Jewish, but rather I helped every persecuted person without regard to race and origin." 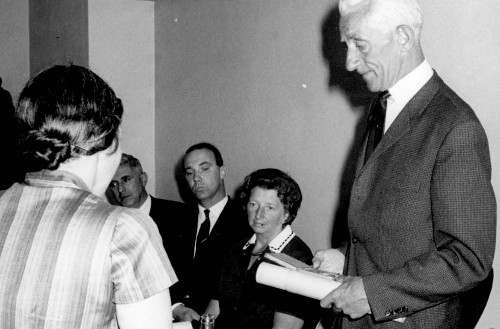 In 1963 Kowalski was awarded the title Righteous Among the Nations by Yad Vashem. One of the testimonies submitted to Yad Vashem stated: "Mr. Kowalski saved many people through supreme personal sacrifice, of course without any monetary or other recompense. He worked and he devoted his salary to feeding or clothing the Jews he hid in his home. As the director of a firm in Warsaw, during the whole course of the war he did not allow himself to buy new clothes, he walked in torn shoes and he preferred to devote his income to saving people."

Though regarded as a hero in Israel, Kowalski, by then aged 61, had difficulty adjusting to his new life. He and his wife Leah had a daughter, Miriam, but the marriage ended a few years later. He worked at a neighborhood grocery store in a town near Haifa and later held a part-time job in the documentation department at Yad Vashem. He spent the last years of his life at a convalescent home near Tel Aviv.

He died in February, 1971 at the age of 76 and was buried at Kibbutz Yad Mordechai. Engraved on Kowalski's tombstone is the image of the medal from Yad Vashem when awarded the title of Righteous Among the Nations. Beneath it is inscribed: "He risked his life to save Jews during the period of the Holocaust.”

A spokesman for the kibbutz said, “His wonderful character and his great deeds will serve us and our children as a symbol of the good and the pure in the human race and will reinforce in us the belief and hope that brotherhood of nations will ultimately overcome racial hatred and brutal nationalism."

Angels in the Dark

The Boxer of Auschwitz: Fight or Be Killed
Why Are The Prayers Of Yom Kipur So Repetetive?
Ha'azinu 5783: A Time for Unity!
Twisted Thinking
Comments