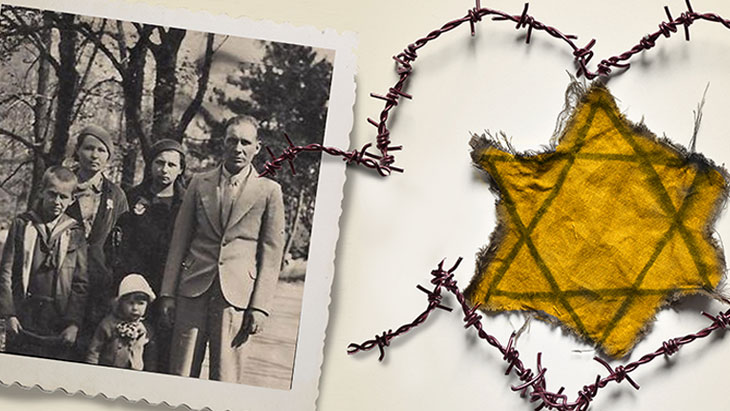 With bravery and moral courage, a dock worker in Riga risked his life to save Latvian Jews.

Some heroes of the Holocaust are ordinary people, such as Zanis (Janis) Lipke of Riga, Latvia, a blue-collar dock worker. Born in 1900, he left school after third grade but spoke Russian and German in addition to his native Latvian. A resourceful man, he would utilize his excellent people skills and love of adventure in his heroic future.

His father, a rifleman, had been killed in battle during World War I. Zanis also became a rifleman in an artillery regiment before returning to Riga in 1920. He met and married Johanna Novicka and they became the parents of a daughter Aina and two sons Zigfrid and Alfred.

From 1926 to 1940, Zanis worked as a laborer and dock worker at the port of Riga. He was industrious but turned to smuggling to supplement his meager income and was arrested. Later he joined the left-wing underground, hiding social democrats and communists in warehouses and in the holds of ships to save them from persecution by the government. This would foreshadow his risky life-saving adventures. 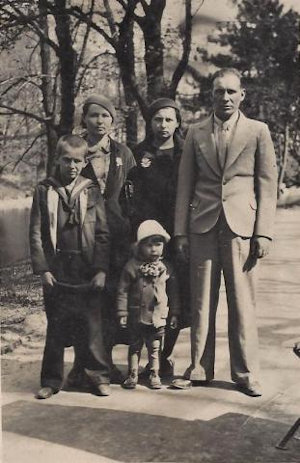 The Lipke Family before the war

He purchased a boat which was quickly confiscated by the German army when they invaded Latvia in 1941. Unlike many of his fellow Latvians who welcomed the Germans and eagerly pointed out Jewish homes, Zanis was horrified by the raids in which Jews were hunted down, shot in the streets or executed in the forests. Over 30,000 Jews in Latvia were killed, mostly children, women and the elderly. The ghetto was a gruesome sight littered with their bodies.

"My father and I were standing in front of the barbed wire around the ghetto. I was eight then," recalled Zigfrid, Zanis' younger son. "I always remember my father's voice which started to tremble and he said, 'You must never forget this, son,' as tears streamed down his face."

Zanis decided to take a stand against the Nazi cruelty and save as many Jews as he could. He retrained as a contractor for the Luftwaffe (the German air force) and began working at the warehouses near the Riga ghetto where the Jewish inmates were also employed. Thanks to his good people skills, Zanis quickly earn the trust of his superiors. Placed in charge of transporting Jews to and from work, he implemented his life-saving plan by signing his name in a register under the number of people returning to the ghetto each evening. 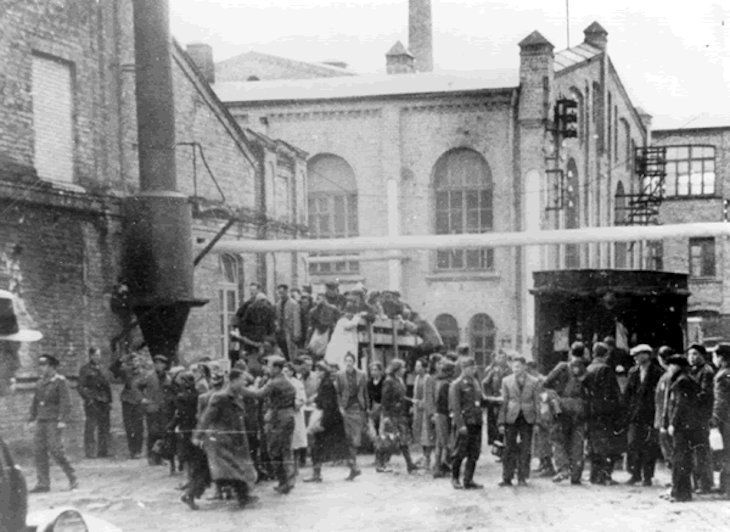 Riga, Latvia during the Holocaust

The first person Zanis rescued was Chaim Smolyanski, a friend of the Lipkes who lived with his family in the ghetto. During the first months of the ghetto's existence when security was less strict, Zanis managed to save several Jews this way and also sent food and medicine to those still remaining in the ghetto.

As the Holocaust escalated, he found it more difficult to save the workers. One day Zanis was stopped by the Nazis and accused of rescuing Jews, but thanks to his friends in the air force, he was released. Instead of feeling intimidated by the experience, Zanis was even more determined to continue his rescue efforts.

His wife Johanna and older son Alfred hid several people in their own home, providing them with food, a radio set, weapons and ammunition. Zanis and his assistants constructed an underground bunker beneath the barn when it became too risky to hide seven extra people in his house.

Despite the terrible danger, Zanis' friends and acquaintances also became involved in the rescue. They found reliable contacts willing to provide refuge in country houses and cellars in Riga. Figuring out people's weaknesses, Zanis would bribe guards and policemen with money, cigarettes or alcohol or distracted them with friendly conversation. His ability to speak fluent German and his innate bravery helped him survive highly perilous situations. 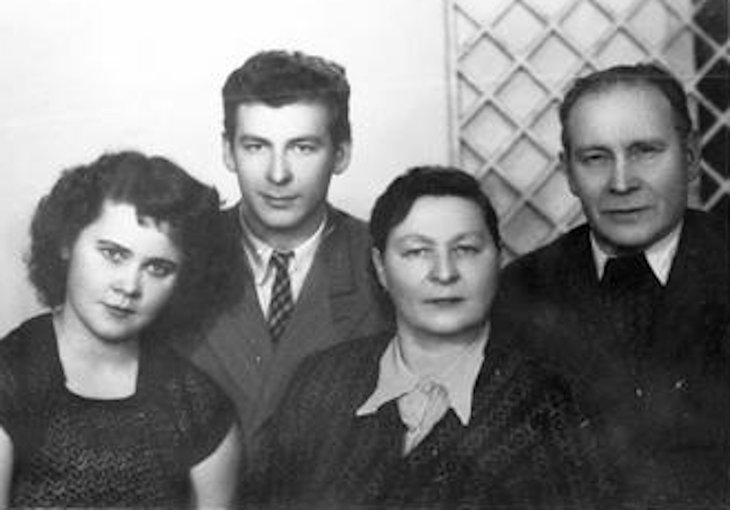 In the autumn of 1943, the Nazis began liquidating the ghettos. One night Zanis came with a truck and helped a doctor escape through a hole in the ghetto’s fence. Together with his loyal assistant Karl Jankovsky, Zanis daringly stole a Nazi car containing machine guns, ammunition, explosives and travel permission documents.

Later the same year, Zanis was transferred to a new position which permitted him to travel around Latvia on his own, enabling him to create a network of other underground shelters.

In October, 1944, the Russian army was welcomed into Riga. Two months later, a large section of Latvia was freed of the Germans and placed under the Red Army's control. Zanis then worked in the garages of the Ministry of Forest Management but his life was still not trouble-free. Shortly after the war ended, he was summoned to the fearsome headquarters of the NKVD (Russian secret police) and interrogated about his son Alfred in the auxiliary service of the German Army. The Communists were also looking for supposedly hidden gold and diamonds, refusing to believe Zanis had saved Jews without any selfish motive. 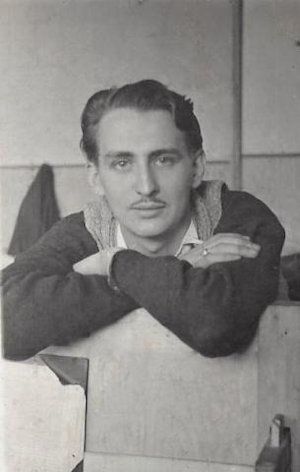 He finally lost his patience and told the interrogating officer that the Communists were thugs no better than the Germans. "The only difference is the Nazis shot at people looking them in the eye while the Communists did it surreptitiously in the back which is even more despicable!" he exclaimed.

Zanis assumed he wouldn’t be pardoned for his audacity but was surprisingly released and not questioned again.

He and his wife Johanna were recognized as Righteous of the Nations by Yad Vashem in June, 1966 for saving the lives of about 40 Jews in Riga, out of the one hundred who managed to survive the war.

Although the Communist government of Latvia tried to prevent the Lipkes from traveling to Israel to accept their award, the still-resourceful Zanis managed to get there and receive the honor they deserved.

He insisted what he had done was simply the duty of any human being. If asked how many people he had saved, he simply replied, "I never counted them. I saved whoever I could save, I did not count."

Speculation still remains about Zanis' motivation: was it his deep personal contempt for the German occupiers or his adventurous, daredevil nature? Others consider him an exceptionally good human being. 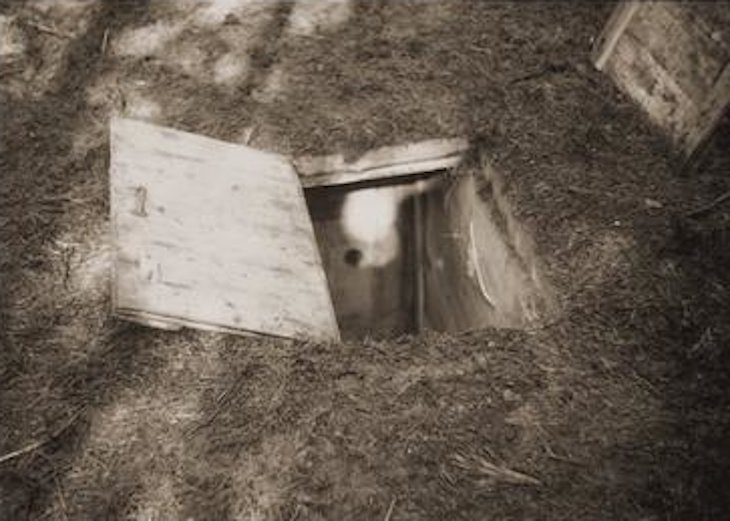 Following several heart attacks, Zanis died on May 14, 1987. Like many other Righteous of the Nations, who heroically risked their lives to save others, he lived to a ripe old age - 87. The remaining Jews of Latvia came to honor him at his funeral.

Today Zanis’ home is a museum in a tiny cul-de-sac tucked away from the river and main road. The Lipke Memorial is Riga's hidden museum, symbolic of its former existence. In the yard the underground bunker built by Zanis served as a hiding place for Jews rescued from the ghetto. Eight to twelve people used this 3x3 meter hole in the ground as a shelter, often for long periods of time. 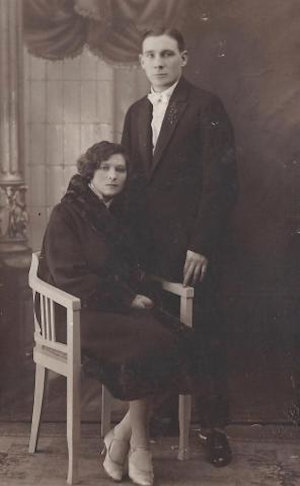 Zanis and Johanna Lipke, after their wedding

Incredibly, the Germans never found this shelter, Zanis was never caught and his assistants were never betrayed. The architect designed the windowless gray building so the passage through the enclosed tunnel does not reveal the actual size of the museum. The basement level contains a concrete bunker in its original size with nine bunks. Visitors cannot enter the bunker but look down into it from the attic above, catching a glimpse of the dark, cold, cramped space which sheltered its frightened residents. On the attic level, several showcases explain the story of the Lipke family and the brave people who assisted in their rescue efforts.

Last year an award-winning documentary film “The Mover” was made about Zanis Lipke by a Latvian director, Davis Simanis. A

"When it comes to numbers, you think of a very well-known Jewish savior, like Oskar Schindler or others, who saved many thousands of people,” Simanis reflected. "While they had certain abilities, or whether it was working in a professional field, or diplomacy or politics could help, in Zanis' case, he was someone who did not have any means or base for saving Jews… He was no one, a person from nowhere. He had only his family and a few friends to assist him, together with his own tremendous courage. The film has the kind of message of humanizing heroism."