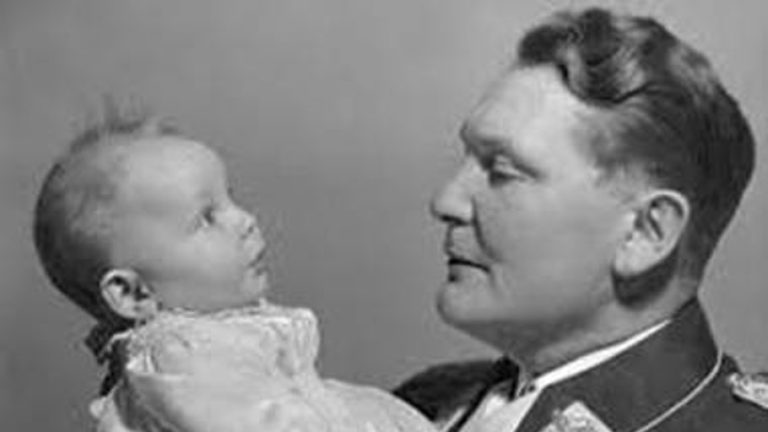 A new book delves into the lives of the sons and daughters of the Third Reich’s most notorious henchmen.

How would you cope if your father were an infamous Nazi? Would you disown the man or accept him? Would you respect him as a father but not a person? Or would you just change your name and try to forget the past?

In “Children of Nazis” author Tania Crasnianski explores the impact of being the child of a high-ranking member of the Third Reich, showing the vastly different ways children dealt with their fathers’ legacies. 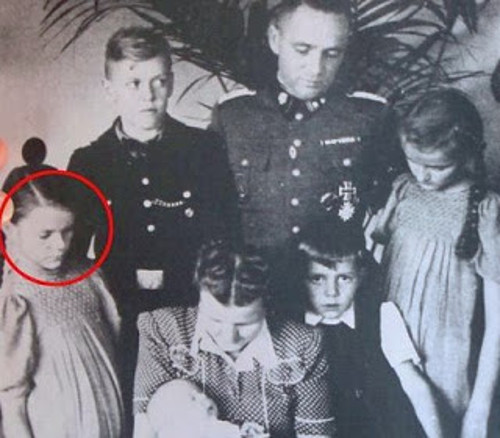 Brigitte Höss with her father, Rudolf

It is unlikely that readers will have heard of any of the Nazi progeny examined in the book, but they will certainly recognize the names of their fathers: Heinrich Himmler, Herman Göring, Rudolf Hess, Hans Frank, Martin Bormann, Rudolf Höss, Albert Speer and Josef Mengele.

These were National Socialists who were responsible for some of the world’s most reprehensible crimes. But according to the author, they still strove to provide their kids with normal and happy childhoods.

Heinrich Himmler, chief of the SS and architect of the Holocaust, would regularly call home to talk to his young daughter, Gudrun, and would even send her flowers and chocolates. Herman Göring commissioned elaborate dresses for his daughter, Edda, whom he always kissed goodnight before going to bed. 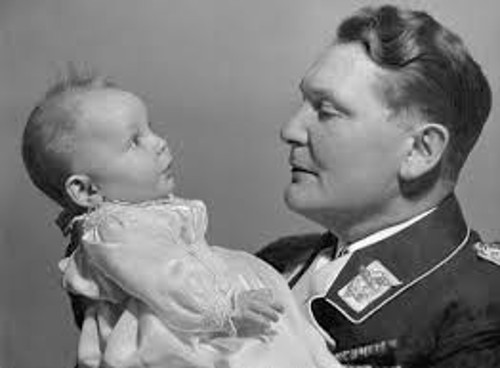 Herman Göring with his daughter Edda

But after the war life changes dramatically for these well cared for children. Overnight, their fathers go from heroes to villains, and they need to wrestle with the consequences of having had a Nazi for a father.

Some of the children are refused entry into schools due to their last names; some are victims of schoolyard bullying. Edda Göring and Gudrun Himmler actually lived in an Allied prison for several years, not because they were jailed there but because their mothers were so desperate and fearful after the war that they begged the warden for shelter.

The book is at its most interesting when the children reach adulthood and are forced to come to grips with the enormity of their fathers’ crimes. The children cope in strikingly different ways. Gudrun Himmler, Wolf Hess and Edda Göring defend their fathers; Niklas Frank denounces his; Brigitte Höss tries to forget her past; and Martin Bormann Jr. and Rolf Mengele think their fathers are abominable but still accept them as their blood.

Ironically, the chapters that deal with the children who clung to the notion that their fathers were somehow conscionable people are easier to digest. We somehow “understand” that Wolf Hess wanted to hold onto the belief that his father was a crusader for peace and Gudrun Himmler never could admit her father was guilty. These children find comfort in their delusions.

Much more difficult to process are the chapters about the children who struggled to reconcile the men they knew as fathers with the monsters those men were. Reading about these children forces us think about how we would have reacted in their shoes.

For example, Brigitte Höss knew that her father, Rudolf Höss, commandant of Auschwitz, was guilty. His crimes caused her so much distress that after the war she left Germany, settled in anonymity in the U.S. and made a vow never to speak of her history with anyone.

“He was very good to us,” she has said of him, recalling how he had played with her and her siblings, read fairytales to them and took them to ride horses. 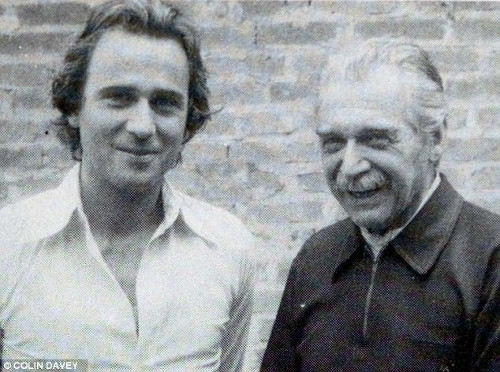 Rolf Mengele, with his father Josef

And then there’s Rolf Mengele, son of the infamous Nazi doctor, Josef Mengele, the “Angel of Death.” Rolf Mengele has said that his father’s actions horrified him and that his own personal political views were “diametrically opposed to that of my father’s.” Yet even after Rolf confronted his father about his ghastly crimes (the two met as adults once, in Brazil in 1977), Rolf still couldn’t find it in himself to tell Nazi hunters where his father was hiding. Asked why, he said, “I would never betray my father. No one in the world can ask me to do that.”

Making sense of the complicated coexistence of love, disgust and other emotions that lived inside some of the children in respect to their fathers can be difficult, but Crasnianski does try.

She quotes, for example, Martin Bormann Jr., who had an interesting theory on why he was able to feel love toward his father. Citing the Bible, Bormann said, “The Fifth Commandment demands only that children love and respect their parents, as parents, and not individuals exercising a role in society.”

Though Crasnianski works hard to try and help us understand her subjects’ complicated feelings, some of the questions raised in the book still never get answered. That’s because she mostly didn’t speak to her subjects. In fact, the only Nazi descendent who granted her an interview was Niklas Frank, son of Hans Frank, general governor of occupied Poland. Unsurprisingly, the chapter about him is very rich and completely answers why he took the stance he did on his father. 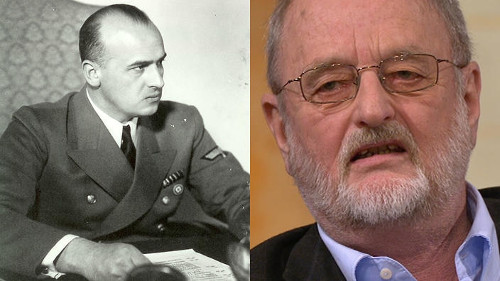 In one particularly illuminating passage, Frank tells the author, “It wasn’t long before I saw photos of the camps on the front pages of the newspaper: piles of naked bodies, skeletons in rags and children holding out their tiny wrists to show their numbers. ... They were the same age as me, they were being held so close to the castle in Poland where my father was stockpiling his gold and where I was acting like a prince in my pedal car. It was a horrifying realization.”

More first-person accounts as penetrating as Frank’s would have enhanced the book. Still, “Children of Nazis” is a fascinating read and considering that the sons and daughters of the Nazi notables are now elderly, Crasnianski is able to tell the story from a unique vantage point, one that distinguishes her book from others on the subject.

Pharaoh and the Final Solution

I’ve Been Here Before: Holocaust and Reincarnation
Blocked Goals and Anger
Why the Mezuzah is Placed on a Slant
Faith: the Axis Upon Which the Wheel of Science Turns
Comments
MOST POPULAR IN Holocaust Studies
Our privacy policy