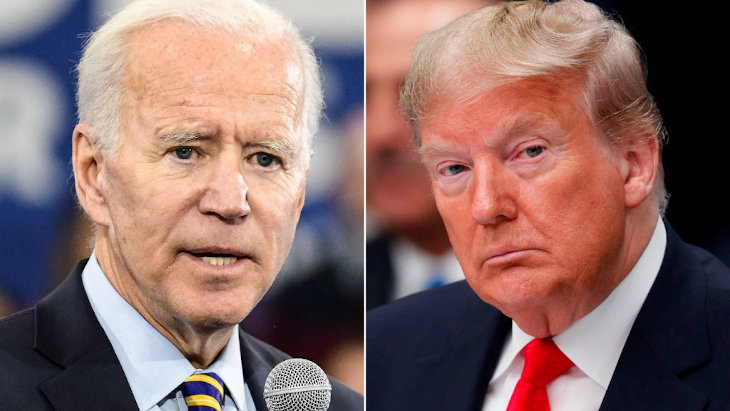 Now that the election is over, it’s time to put down the hatchet and pick up the phone to connect to those on the other side of the political divide.

American society has been ruptured not only with a meat cleaver, but also with a scalpel. The meat cleaver chopped along the gross divisions: liberals vs. conservatives, blue states vs. red states. The scalpel, with surgical precision, dissected families: children vs. parents, brothers vs. sisters, even husbands vs. wives. So severe has the rupture been that most people believe that reconciliation will be impossible even now that the election is over.

Just as palm trees do not grow in Antarctica, so joy never exists in the World of Estrangement. Just as juniper trees cannot grow in the Amazon rain forest, so anger never exists in the World of Connection. The two worlds are mutually exclusive; a person can be in only one world at a time. And the world you choose to be in defines you and your life.

My friend Ellen used this teaching to maintain her relationship with her brother despite their being on opposite sides of the political divide. When Ellen’s mother died fifteen years ago, Ellen realized that keeping in touch with her only brother was up to her.

Her brother Jeff was, until two years ago, an emergency room doctor in Atlanta. Ellen, who lives in Jerusalem, would phone Jeff once a month. Because Jeff’s hospital shifts were irregular, Ellen never knew when to call. Inevitably, Jeff, treating patients in the ER, would answer his cell phone and say curtly, “Why do you always call at the wrong time?” Ellen’s feelings would be hurt, but, as she told me, “I choose connection, so I would call him again the next month. If he chooses disconnection, that’s his choice.” For thirteen years, Ellen called her brother regularly; only once did he ever call her.

After Jeff retired, the situation changed. Jeff is divorced and various medical problems kept him from an active life. Bored and lonely, he started calling Ellen once every couple of weeks. But then a new problem threatened their relationship. Jeff was an avid anti-Trumper. He would go on and on railing against “the concentration camps” on the southern border. Ellen, grateful that Trump had moved the American embassy to Israel’s capitol Jerusalem, supported Trump. She didn’t want to argue with her brother, so when he launched into his political diatribes, she rarely contradicted him. She did start every conversation with a request, “Let’s not talk politics,” but half-way into their hour-long conversations, the topic inevitably degenerated into Trump’s latest sins.

Once, Ellen called and when Jeff answered the phone, she said cheerily, “Hi, this is your sister Ellen.”

Jeff responded. “I don’t have a sister. I’ve divorced you. You’re my first cousin once removed.”

Ellen held onto their relationship despite the hurricane force winds that were trying to pull them asunder.

Ellen was momentarily knocked off kilter. She gritted her teeth, then replied, “You cannot divorce me. I am your only sister, and I will always be your sister.”

“No,” Jeff said, his tone even and self-satisfied. “I can’t have a sister who supports Trump. You’re my first cousin once removed.” He sounded pleased with himself for having found a solution for his existential dilemma of how to keep Ellen in his life despite her odious politics.

It was a moment—one of many—where Ellen had to claim her own existential truth, that she is a proud denizen of the World of Connection, and would hold onto their relationship despite the hurricane force winds that were trying to pull them asunder. “I’m your sister,” she repeated. “Now tell me how your health is.”

The situation blew up only once. Jeff was pontificating about how Israel mistreats its Arab citizens. Ellen lost it. She screamed into the phone, “It’s not true! There’s an Arab on Israel’s Supreme Court. Arab doctors head departments in Israeli hospitals. You know nothing except what you read in the prejudiced press! You don't know anything! I live here!!” With that, Jeff hung up on her.

When she finally calmed down two days later, Ellen realized she faced a choice. On the one hand, she felt like she had had enough of her brother’s politics. She didn’t need him. Unlike him, she was surrounded by spouse, children, grandchildren and many friends. She would lack nothing if she never spoke to him again. On the other hand, she defined herself as a person who chooses connection.

“When I was yelling at my brother,” she told me, “I went to the World of Estrangement. It’s a miserable, dark world. As long as I’m angry at my brother, I’m stuck in that world. I don’t want to stay there.”

So Ellen picked up the phone and called her brother. “I’m sorry I yelled at you,” she said.

He was surprisingly docile. “That’s okay,” he responded. And then he launched into a soliloquy about prospective Covid-19 vaccines. He didn’t say it, but she picked up how relieved he was that their connection was re-established. No one is happy in the World of Estrangement.

Estrangement and the Immune System

Ironically, just when Americans most need a high-functioning immune system to protect against Covid-19, they may be disabling their immune systems by their politically based family frays. According to Dr. Janice Kiecolt-Glaser, a professor of psychiatry at Ohio State University, and her husband, Dr. Ronald Glaser, an immunologist, marital arguments elevate stress hormones and depress the immune system.1 Although it has not be tested, it’s likely that all interpersonal friction has the same effect.

No matter how much you detest your relative’s political affiliation, disowning your parent, child, sibling or spouse puts you in a world full of anger, sadness and fear.

Thus, choosing connection is the wisest choice you can make. No matter how much you detest your relative’s political affiliation, choosing to disown your parent, child, sibling, spouse, or cousin puts you into the World of Estrangement, a world characterized by anger, sadness, resentment, and fear. When you move out of a family relationship, you move into a dingy, dark, disease-infested house.

Bruria, a brilliant woman quoted as a sage in the Talmud, once upbraided her husband, Rebbe Meir. Ruffians in the neighborhood were harassing him, and Rebbe Meir prayed that they should die. Bruria counselled him to pray that the sins should cease rather than the sinners. In other words, separate the deed from the doer.

To love your relative while you reject his/her politics is a feat that requires tremendous inner strength. Now that the election is over, it’s time to put down the hatchet and pick up the phone. Say, “Hi, I just want to tell you that our relationship means too much to me to lose it. Can we agree to disagree? I love you and I want to be connected to you.”

No matter what response you get, you will have made one of the most significant choices of your life. In the election, you voted as you did because you want to make the world a better place. With that phone call, you will.

Durban 2 Hatefest
Blessing on Chewing Gum
Was Rahab a Prostitute?
Extras In Our Own Epic
Comments
MOST POPULAR IN Current Issues
Our privacy policy