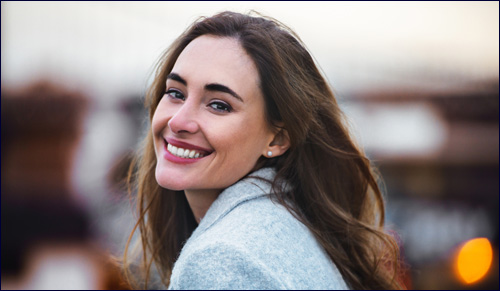 Women today are declaring their need to feel more protected and more empowered through clothing that covers more than it reveals.

Ladies, the world of haute couture has you covered better now than it has in many a year.

Gone are the body-hugging and revealing fashions in which size 0 models slouched down the catwalks season after season. Today’s hottest fashions are decidedly more conservative and include a startling range from the sophisticated and demure to boxy beige numbers that resemble something from the Pilgrims’ first Thanksgiving. Designers including Céline, Rachel Comey, the Row, Creatures of Comfort, Vaquera and Vetements are showing long, baggy dresses and ankle-length sheaths, long-sleeved turtlenecks, suits, and traditional blouses with below-the-knee skirts.

Orthodox clothing designers are also gaining popularity, including the labels Frock NYC, MimuMax, and Linear Collection, while Orthodox bloggers Rachelle Yadegar (notwithoutmyheels.com) and Adi Heyman (fabologie.com) have thousands of followers watching their recommendations for stylish outfits that are also modest. Today’s fashion trends are also driven by increasing demand by Muslim and Christian women, and these communities have their own fashion designers bringing new offerings to the market. A modeling agency called Underwraps only sends out models who wear modest styles.

Fashion reporters don’t see this as just another quickie cycle in the ever-fickle fashion industry, but a more fundamental shift. As one writer for the New York Times recently observed, in an age of extreme oversharing and overexposure in the media and online, women are declaring their need to feel more protected and more empowered through clothing that covers more than it reveals. “The ‘naked’ look is dead,” the writer stated.

I’m glad that the fashion world now realizes (at least for the moment) that allure and beauty are actually more compatible with tzniut (modesty) than they are with the show-it-all approach. As designer Michael Kors observed, “I am convinced that there is something far more alluring about women wearing things that give them confidence, that don’t make them feel as if they have to tug at their hemlines or yank at their straps.”

The laws of modesty apply to both men and women, beyond how we dress.

The simple translation of tzniut is “modest,” but I like my rabbi’s definition much more: discretion. With discretion, you reserve for the private domain what should be kept private. It has nothing to do with prudishness or colorlessness. Halacha, Jewish law, provides healthy guidelines for both women and men to help us identify those boundaries. The laws of tzniut apply to both men and women, beyond how we dress. Conversations and behavior also require tzniut, to demonstrate that we are using judgment, foresight and responsibility before we speak or act. Today, where almost every day a once powerful or influential man is dethroned from his position for sexual misconduct, isn’t it crystal clear how desperately men need a remedial course in using discretion?

It’s a relief to see more coverage in today’s styles. Outside of small boutiques that cater to the “modest” crowd, clothes shopping for the tzniut shopper can become an exhausting scavenger hunt (“Look what I found! This top has sleeves AND a decent neckline!”) that still often requires some fabric remediation at the local tailor. At least for now, both adolescent and teen girls and women can feel confident in clothes that are both stylish yet don’t exploit their physicality at the expense of their personas. Today’s fashions are attracting an unlikely amalgam of Jews, Muslims, Christians, and others who dislike having their bodies overly exposed.

Ironically, while the skimpy styles were considered as a mark of women’s liberation, in fact the opposite is true. Too-tight, too short, and too revealing clothing actually constrict women. Clothes that focus relentlessly on their sexuality at the expense of seeing them as whole human beings diminish and demean women. It is discreet clothing that provides women space for them to feel confident and secure.

Many women have long wanted more conservative clothing. In a column called “What’s Stopping the Most Relevant Style Subculture from Going Mainstream?” on the website Refinery29, Connie Wang wrote about helping friends shop for a new wardrobe, or find an outfit for a special occasion. She wrote, “And though they represent all ages, tastes, and degrees of bravery, the most common request is that whatever we find is cute and trendy, but has sleeves and ‘isn’t too short.’” And yet, she added, “If I tell these women that ‘modest fashion’ is what they are actually looking for, most would recoil, as if I’m also telling them that they’re old-fashioned or uptight.”

In my thesaurus, synonyms for “modest” include “shy,” “unsure,” “retiring,” “meek,” “unassertive,” “humble,” “plain,” and “unpretentious.” That’s a totally unfair rap for modest clothing, which can be elegant, individualistic, ethnically colorful, sophisticated, stylish, and confident. These are the opposite of “plain,” “meek,” or “uptight.” The mystery of the hidden, and the increasingly rare commodity of dressing with dignity, also adds an automatic element of class and distinction to a woman’s appearance.

The style pendulum will surely swing back again to an overemphasis on women’s skin, so I’ll stock up now while the selection is plentiful. But I bet that women who are now discovering the comfort, freedom and sense of dignity through today’s covered couture will drum up a demand that will keep these fashions available for a very long time.

A Life Unexpected: The Childless Woman

Why I Don’t Touch Men

A Letter to My Body
Why My Iranian Mother Didn’t Want Me to Become a Religious Fanatic
The Jewish History of Prague
Why the Sexual Revolution was Bad for Women
Comments
MOST POPULAR IN Current Issues
Our privacy policy
Aish.com Is Looking for Great Writers