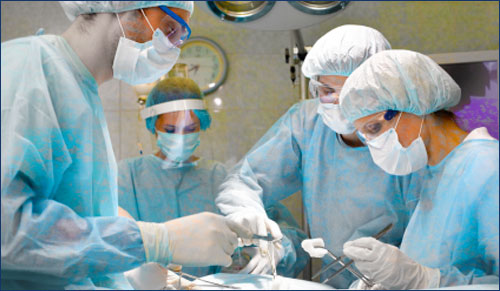 To help refugees from the Syrian war, Israeli doctors and aid workers must do their work furtively. When they go into refugee camps in Jordan, they change clothes so that they can fade into the background. They must be smuggled in and out. They don’t tell others where they’re going and when they go home they usually don’t say where they have been. Above all, they don’t want anyone to know the names of their patients.

They move “under the radar,” in the words of a clandestine organization in this field. When they treat Syrians in Israeli hospitals, they make sure no visiting journalist learns details that will identify the patients to authorities back in Syria.

Usually, Israel is glad to announce when it contributes to emergency relief. The case of Syrian aid is different.

Syria does not recognize Israel and forbids its citizens to go there. Israeli doctors are not welcome in Jordan, where their work has been denounced as a violation of Jordanian sovereignty. And Israel is anxious not to be involved in the Syrian civil war. It does nothing, officially, that could make it look like the medical corps of the rebellion.

For Syrians the possibility that their own government will punish them adds to the horror of their situation. This summer, in Nahariya, Israel, near the Golan Heights, scores of patients have been covertly brought across the border from Syria to be treated by Israeli doctors.

For patients’ friends or relatives, Israel becomes a last hope when no Syrian medical help is available. Masad Barhoum, clinical director at Western Galilee Medical Center, recently told an NBC reporter that many patients arrive unconscious. “When they wake up and find that they are in Israel they are anxious and afraid.”

A Syrian woman in the hospital said that she came to Israel because her daughter was hit by a sniper’s bullet. “The hospital in my town was destroyed. They saved her here, but now I am afraid to go back. We will be marked.”

An Israeli organization, iL4Syrians, operates anonymously in Syria and other desperate countries. Providing food and medical supplies for those who need them, it relies on secrecy to protect both its local contacts and its own practitioners. Its web site identifies no directors or staff but carries a defiant slogan: “Nobody asks permission to kill. We do not ask permission to save lives.”

They explain that “We focus on countries that lack diplomatic relations with Israel, transcending differences.” They argue that a respect for the sanctity of human life expresses Jewish tradition and culture. As they see it, this applies to Israel’s toughest and cruelest enemies as well as anyone else.

Since all of these efforts are unofficial and unrecorded, no one can say how many Israelis are involved. I was alerted to this phenomenon by one of the regular letters of Tom Gross, an astute British-born commentator on the Middle East.

Gross has a 15-minute film showing a couple of days spent by an aid group visiting refugees. The refugees don’t expect them to arrive and are surprised when they learn that their benefactors are Israelis. That makes some of them nervous but in the film others say in Arabic “May God bless Israel.”

The team takes along a professional clown to perform for the children while food is being handed out; in one camp, however, the adults briefly riot over limited supplies. A journalist asks one of the aid workers, “Do people call you crazy?” She answers: “Not many people know.”

Information about this work has to be pieced together from fragments of journalism, like a paragraph in an Israeli/Arabic paper: “The Arab countries offer condolences but the best role is provided by the Israelis because they are crossing the border to provide assistance to the refugees, risking their lives without a word of thank you.”

These are dark days for much of the world, dreadfully dark for Syrians. Few can even imagine a solution that does not involve even more tragedy for them. W.H. Auden, in his poem “September 1, 1939” described an even darker time and offered the only advice that made sense to him: “Show an affirming flame.”

As Jews celebrate the start of the new year, it’s worth noting that these Israeli humanitarians have found a way to make their flame burn with a brave affirmation.

The Happiest People on Earth

A Time to be Born

The Flower of David

A Muslim in a Jewish Land

Our War
Blessing on Chewing Gum
Was Rahab a Prostitute?
Extras In Our Own Epic
Comments
MOST POPULAR IN Israel
Our privacy policy