Moving Beyond the Election: 5 Ways to Erase the Bitterness 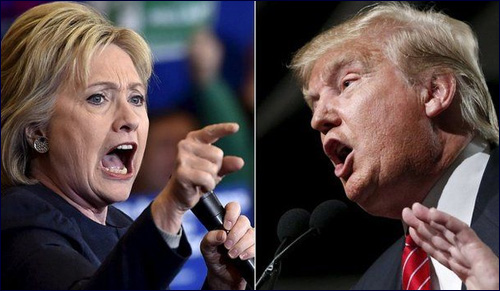 How we can come together and move past the hatred and rancor that have marked the past year.

With the grueling 2016 election campaign finally coming to an end, it’s time to come together again and move past the hatred and rancor that have marked the past year. Here are five strategies for helping erase the bitterness that marked this campaign from our lives.

1. See the person, not the opinion

We are more than the sum of our statements and opinions. Each one of us is created b’tzelem Elokim, in the image of the Divine. Making an effort to remember this ensures we won’t demonize those whose opinions differ from ours.

Demonization is a real problem in this election. In one recent poll, 40% of people who were planning to vote in a given district told pollsters they considered their political opponent to be a “demon”. Tragically, history shows us that when one group demonizes another, denying their basic humanity, horrible things can ensue.

The Talmud recounts that the ancient Temple in Jerusalem was destroyed because of this sort of sinat chinam, or baseless hatred. At the time, there were huge differences in philosophy and currents of thought. Groups of Jews passionately disagreed with each other. To our modern sensibilities, it seems odd to describe the hatreds that ensued as “baseless”; surely each group had ample reason to despise the others with whom they disagreed so passionately?

Our sages explain that the disagreements were real, but they weren’t a reason to hate each other. Moving beyond disagreement, even strong disagreement, into the realm of despising one another was indeed “baseless”. The Jews at the time of the Temple’s destruction had lost sight of the value of their fellow human beings. They valued people only in the light of the opinions they held.

Reminding ourselves that each one of us possesses a divine spark, that every individual is made in God’s image, can help us overcome the temptation to dismiss whole groups of people simply because we disagree with their political views.

2. Give the benefit of the doubt

Psychology Professor John Gottman has made a career of studying married couples. Of all the emotions that partners can have, the most damaging to relationships is contempt. In his four decades of research, feeling contempt is the number one predictor of divorce.

What’s true for married couples is true among citizens as well. When we tell ourselves that others are motivated by evil or corruption, then we cut off the possibility of ever working with them. A more constructive mindset is to view disagreements as honest differences of opinion.

That’s a lesson that one senior politician tells new White House interns every summer. When he was a young politician, this prominent senator (let’s call him Senator A) found himself in a bitter dispute with Senator B, who represented a different party, over the Americans with Disabilities Act. Frustrated that Senator B refused to support the bill, Senator A complained that Senator B seemed to have “a disregard for the disabled”. Senator A later found out that years earlier, Senator B and his wife saw an ad in the newspaper from an orphaned nine year old boy with cerebral palsy, who said all he wanted for Christmas that year were parents to love him. Senator B’s family adopted him. It was a lesson Senator A never forgot. “It’s always appropriate to question another man’s judgment,” he counsels ever since, “but (it’s) never appropriate to question his motives.”

3. Focus on what unites us

The great Talmudic figure Rabbi Elazar famously observed that “Torah scholars increase peace in the world” (Berachos 64a). I was puzzled when I first read that line. After all, the Talmud is full of extremely strong disagreements; dozens of personalities each arguing for their own way of looking at things and often vehemently disagreeing with one another. How could Rabbi Elazar ever characterize all this friction as peace?

The rabbis of the Talmud indeed had serious disagreements, but they also shared a strong sense of purpose that united them. While pursuing their own individual arguments, even while clashing, they never lost sight of the fact that they were all engaged in the overriding task of serving the Divine and searching for the truth. Like family members who argue but are ultimately dedicated to each other’s well-being, the sages of the Talmud emerged from their disputes and discussions strengthened instead of weakened. Far from producing discord, their debates led to love.

We can bring some of this spirit into our own conversations this election season. Try focusing on what unites instead of divides us. Dwelling on shared purposes and goals can help bring us closer even with those whose political views differ from our own.

When the internet was first developed, many people thought it would have far-reaching consequences for democracy. For the first time, with the click of a button, we’d be able to access news and opinions from diverse sources around the world, learning new things and challenges our old assumptions. In general the internet has done the opposite, serving to reinforce existing biases and opinions. Journalists now speak of “echo chambers,” the self-reinforcing news and opinion sites that many of us spend most of our time perusing, with little or no opposing ideas to disturb us.

Three thousand years ago, King Solomon recognized that surrounding ourselves with those who think exactly as we do is a recipe for dullness. Quick-witted people, in contrast, are those who aren’t afraid to engage with their fellow men and women: “As iron sharpens iron, so a man sharpens his fellow” (Proverbs 27:17).

Debating with others is a great way to test our ideas, and to help us work out what exactly we believe in and why. Now that this election season is over, try taking a step out of your comfort zone: read articles and news stories from a different point of view, talk with those of a different political persuasion.

It’s been a divisive time in politics, and we need all the help we can get in recovering and getting our common civility back. Asking God for help can give us a boost and enable us to prioritize what we need to do to help heal our fractured society. Praying for peace and a return to politeness and courtesy can help motivate us to make the changes we need today, now that the election season is finally moving behind us.