After Buchenwald: Sparks from an Ancient Scroll 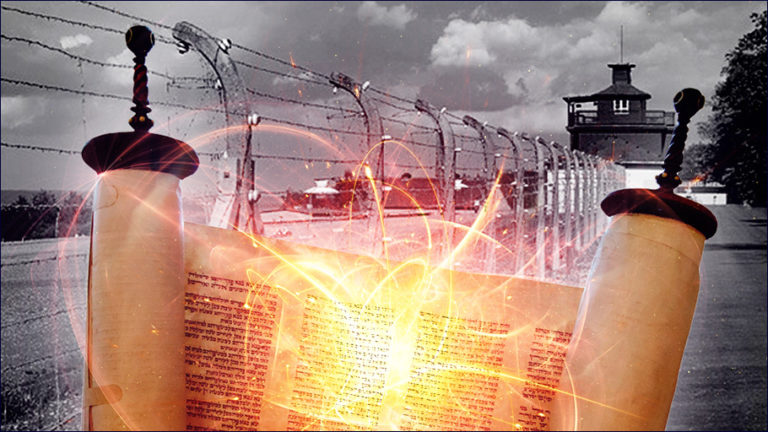 Rabbi Hershel Schacter, the first rabbi to enter Buchenwald, and the survivor who renounced his faith in God.

During World War II, Rabbi Hershel Schacter was a chaplain in the Third Army’s VIII Corps and was the first US Army Chaplain to enter and participate in the liberation of the Buchenwald concentration camp shortly after it had been liberated by Gen. George Patton’s troops on April 11, 1945.

While other American personnel begged to leave Buchenwald due to the unbearable stench, Rabbi Schacter, shocked by what he saw, decided to stay until he could make a more substantial contribution to the survivors. He stayed for months, tending to survivors and leading religious services; everything else was trivial. 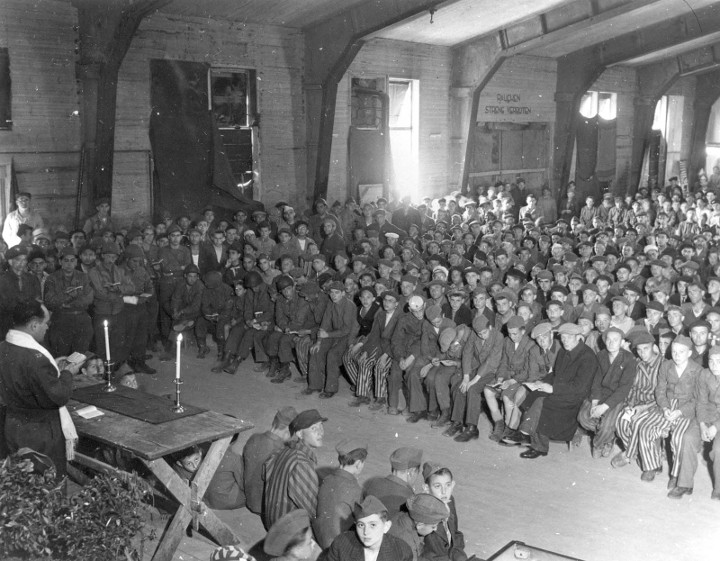 Yechezkel* was a young man from a Polish Chasidic family. Rabbi Schacter took a special liking to the boy. Yechezkel had lost his entire family during the war and had renounced his faith in God. Yechezkel defiantly told the rabbi about his plans to assimilate and live the rest of his life in post-war Germany without a trace of Judaism. Rabbi Schacter listened sympathetically and tried to offer his moral support. They talked often.

In Buchenwald, Rabbi Schacter organized a train transport for 200 boys to Switzerland. Rabbi Schacter was responsible for distributing these special tickets from the Swiss government to the boys and to accompany them to Switzerland. It was a desperate time for survivors and Rabbi Schacter wanted to get more than 200 boys into Switzerland. He asked a survivor who was an expert artist to create additional tickets. One could not tell the difference between the original and the copy. In the end Rabbi Schacter distributed tickets to 400 boys. He also offered Yechezkel a ticket, but the boy refused. He wanted no part of restarting a Jewish life again and reminded the rabbi that he planned to resettle in Germany.

The day came when the train for Switzerland arrived at Buchenwald. Rabbi Schacter told Yechezkel, “Look, even if you don’t come with us to Switzerland, at least come to see us off when we board the trains.” Yechezkel reluctantly agreed. 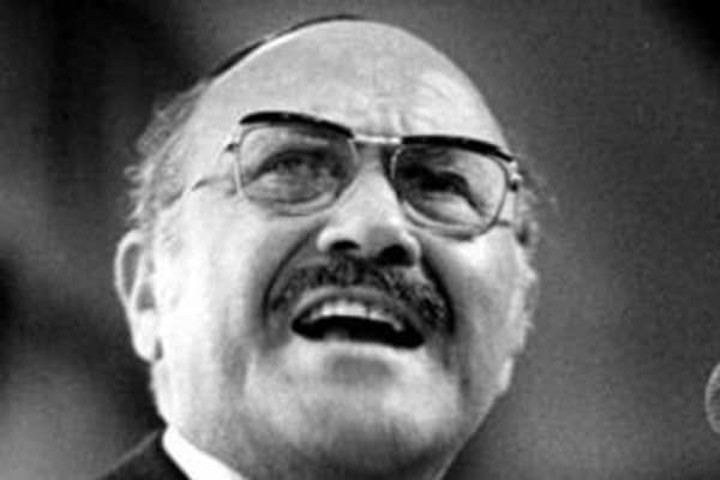 A young mother and her small son were desperate to get out of Buchenwald but babies were not allowed on this transport. She approached the rabbi in tears.

“Don’t worry, we’ll get you out,” Rabbi Schacter said. “Get on the train, and hide in one of the lavatories. Under no circumstances should you get out of the door unless I call you personally.”

He locked them in after giving them some food to tide them over.

The 400 boys made their way onto the train. Rabbi Schacter was rushing to and fro, making sure each boy was accounted for, all the while scanning the crowd and wondering if Yechezkel would show up.

As the train was about to depart, Yechezkel appeared. He approached the door of the train where the rabbi was standing to shake his hand. “Yechezkel, it’s so nice of you to come and say goodbye!” And with that, Rabbi Schacter grabbed the boy’s hand and with a burst of strength that surprised both of them, he hauled Yechezkel onto the train in one smooth motion, just as it was starting to pull out of the station.

The train picked up speed and Yechezkel was shocked and furious. Rabbi Schacter told him he did it on impulse and asked him not to be so angry. It didn’t help. Yechezkel was steaming.

The train finally made its way to Switzerland. The Swiss protested that there was double the number of boys they expected.

Rabbi Schacter calmly threatened to call a press conference to tell the world that Switzerland is refusing entry to destitute war orphans. The Swiss quickly backed down. The mother and child also made it safely without incident.

In Switzerland Rabbi Schacter attempted to put together a minyan on Shabbat. There was no problem for Shacharit but for Mincha he could only find nine men.

He remembered Yechezkel. Rabbi Schacter quickly found the young man who was still cursing his lot at having been “kidnapped.”

“Yechezkel, I need you for a minyan.”

“Are you crazy? Absolutely not!”

“But we only have nine. We need a minyan in order to daven [pray] and lein [read from the Torah].”

“Oh really? Well, you need a minyan. I do not!” And with that, he lit up a cigarette.

Rabbi Schacter would not give up. “Yechezkel, I’m begging you. Just come in to the tent – we’ll daven quickly”.

In a huff, Yechezkel replied, “Fine! Just this once!” He entered the makeshift shul with a scowl. 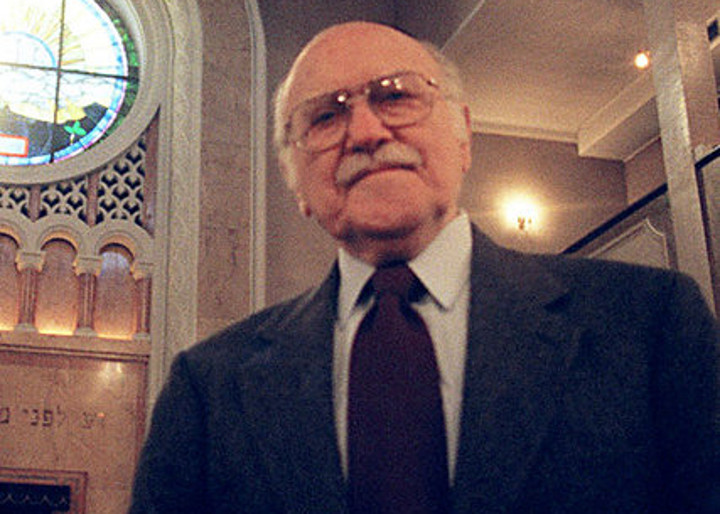 They started the Afternoon service and Yechezkel made sure everyone knew how unhappy he was. Rabbi Schacter then took out the precious Sefer Torah, rolled it to the correct portion, and asked if any of the men knew how to read from the Torah. They all shook their heads, and Yechezkel was looking longingly outside the tent, apparently distracted. “What now?” thought Rabbi Schacter.

Suddenly, he remembered something.

“What do you want,” the boy replied, icily.

“Didn’t you tell me you used to read the portion from the Torah scroll in shul before the war?”

“So you’re the only one of us who knows how to lein. We need to hear the reading of the Torah.”

“There you go again with your ‘We need to….’ You might need to. I certainly don’t!”

“Yechezkel, please! This is the first chance in years for people to hear the Torah portion being read after being denied the chance. I’m begging you. I know you can do this!”

With extreme reluctance, Yechezkel threw his cigarette outside and approached the table. He cast an expert glance at the unrolled Sefer Torah and immediately found the starting point. “Okay,” he sighed. “Let’s get on with it.”

Another man was called to the Torah and made the blessing. “…who has chosen us from all other nations and given us the Torah….”

“Amen,” Yechezkel found himself saying automatically. It came back so easily. Yechezkel began to read the sacred text.

Then something unexpected happened. The holy letters of the scroll seemed to jump off the page and hit him in the face with full force. He felt as if he was literally being struck with the powerful black letters. They seared his soul.

Yechezkel’s angry veneer had been shattered. He broke down crying like a baby and barely got through the Torah reading.

Yechezkel was forever changed by that Torah reading. He remained Torah-observant for the rest of his life and built a beautiful Jewish family in Australia. Yechezkel championed Torah causes in his city and stayed a devoted friend to the Schacter family for many decades.

*Yechezkel is a pseudonym to protect his family’s privacy.

Why the Jews? Exploring the Unique Meaning of the World's Longest Hatred
Scientific Curiosity and the Divine Encounter
Mind Over Milkshakes
Love the Convert
Comments
MOST POPULAR IN Israel
Our privacy policy
Aish.com Is Looking for Great Writers