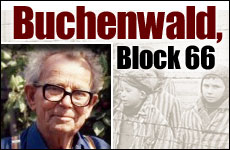 The man who saved 900 Jewish boys inside a death camp.

For decades, Jews around the world have sought out examples of non-Jews like Raoul Wallenberg, whose centennial birthday was observed last week, and Oskar Schindler, who defied the Nazis to prevent the murder of Jews. In Israel, the Righteous Among the Nations is Yad Vashem’s highest honor, and over 23,000 people have been awarded this status since the program began in 1953.

The criteria established by Yad Vashem is straightforward: Jews can nominate individuals who provided substantial assistance to save Jews, provided that said assistance was not given with the expectation of financial gain. Honorees receive a medal, a certificate of honor and have their name engraved on the Wall of Honor in Yad Vashem’s Garden of the Righteous. If the recipient is no longer alive, the awards are given to next-of-kin. 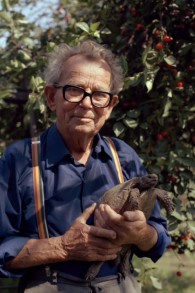 Last month, 67 years after the end of the Holocaust and over 20 years since his death, Yad Vashem granted this honor to Antonin Kalina, a Czech communist who saved over 900 boys in Buchenwald.

There is little known about Kalina. He was born in 1902 in the Czech town of Trebic and in adulthood became a communist functionary. After the Nazis took over Czechoslovakia, he was imprisoned in 1939 in the Buchenwald concentration camp until 1945. After the war he seems to have lived an unexceptional life; he died in 1990. During his time in Buchenwald, however, Kalina distinguished himself as a true hero and rescuer of children.

In late 1944 through early 1945, as the Red Army pushed the Germans out of eastern Europe, the Nazis began liquidating their death camps, placing Jewish prisoners on brutal “death marches” toward the German hinterland. Countless thousands of Jews died on these brutal marches westward – some from the cold, others starved to death along the way, others were shot when they failed to keep up. Those who survived were put into concentration camps scattered throughout Germany, Buchenwald included.

Buchenwald, a camp established in 1937 to imprison criminals and political opponents of the Nazi regime, swelled to over 100,000 inmates in the final months of the war.

Included in this influx of Jewish prisoners were a large number of boys, many between the ages of 12 and 16. These boys had come from all over Europe and had already undergone unimaginable horrors: ghettoization, transports, brutalizations, privations, starvation and often the loss of their families. By the time they arrived in Buchenwald, they were already hardened veterans of the camps, having learned how to survive under the most inhuman conditions. Upon their arrival at Buchenwald, thanks to Kalina and his deputies, their situation improved dramatically.

Kalina had risen to a position of influence in the underground, which ran the day-to-day operations of the camp on behalf of the Nazi SS. Kalina and his fellow prisoners decided to place the youths in a special barrack, far away from the main part of Buchenwald, deep in the filthy quarantine area where the SS was loathe to go. This barrack, number 66 in the “little camp,” became known as the “kinderblock,” or children’s block. Antonin Kalina was the block elder. In this capacity, he went to extraordinary lengths to ensure the survival of the boys he placed there.

Unlike the other prisoners in Buchenwald, the boys of block 66 did not have to leave their barrack for roll call – instead of assembling with the rest of the camp twice a day no matter the conditions outside, the boys were counted inside. Also, unlike the other prisoners, the boys of 66 did not go to work. Remaining inside the bunk was a tremendous advantage for the boys and a factor that certainly helped keep many of them alive. Conditions within the block were also better than in other parts of the camp – the boys had access to blankets, and at times extra food rations.

Kalina did what he could to mitigate this reality for the boys of Kinderblock 66, often at great personal risk.

Significantly, the block elders didn’t beat the boys, something almost unheard of within the Nazi camp system. Let there be no misunderstanding: despite the relative advantages, this was still a concentration camp full of fear, disease, hunger and death. But Kalina did what he could to mitigate this reality for the boys of Kinderblock 66, often at great personal risk.

As the Allied forces closed in during the war’s frantic final days in early April 1945, the Nazis decided to eradicate Buchenwald’s Jews. The camp’s commanders ordered all Jews to report for assembly; they were to be forced out on more death marches.

Kalina refused to comply with this order. He commanded the boys not to report to the assembly and changed the religion on their badges – the Jewish boys were now listed as Christians – so that when the SS came around looking for Jews, Kalina told them that block 66 had no more.

Thanks to Kalina’s efforts, when the Allies liberated Buchenwald on April 11, 1945, over 900 Jewish boys survived. When they were freed, the boys lifted up Antonin Kalina and carried him on their shoulders.

After the war, Kalina returned to his home in Czechoslovakia and lived out the remainder of his life in obscurity. His boys began new lives in Israel, the United States, Australia and Europe; but they always remembered the Czech communist who risked his life in order to save theirs. For years, however, Kalina’s heroism went unrecognized, partially because Kalina, a humble man, never sought out publicity for his actions. Likewise, for years many of the boys whom he saved didn’t talk about their experiences during the Holocaust.

Several years ago, some of the surviving boys, now around 80 years old, along with a historian from Michigan State University, Kenneth Waltzer, initiated a process to have Kalina recognized as Righteous Among the Nations. The impetus for seeking recognition for Kalina was the filming of the documentary “Kinderblock 66: Return to Buchenwald,” which tells the story of four boys who go back for the 65th anniversary of their liberation from the camp. The film also tells the story of Kalina and highlights his role in the rescue of the children in the camp. Two of the film’s subjects, Naftali Furst of Haifa and Alex Moskovic of Florida, played leading roles in the nomination process.

Last month, Kinderblock 66 played to a full house at the Jerusalem Film Festival. Following the screening, Irena Steinfeldt, the Director of Yad Vashem’s Righteous Among the Nations Department stood before the rapt audience and announced that Yad Vashem had granted Kalina the recognition he so richly deserved. For the survivors and their descendants, it was a bittersweet moment – a long overdue oversight had been corrected, but there are no surviving members of Kalina’s family to accept his honor.

Today, as we remember heroes like Raoul Wallenberg and Antonin Kalina, we must consider other unsung heroes of the Holocaust for whom there may be no one left to tell their story.

This article originally appeared on The Times of Israel.

The writer is the producer of the documentary film ‘Kinderblock 66: Return to Buchenwald.’

God Has Not Forsaken You7 min read 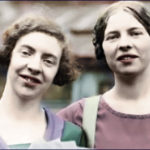 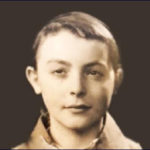 It Could Not Happen Here7 min read 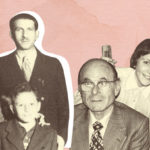 When the Germans Entered the Town6 min read

The Auschwitz Album: Visual Evidence of the Process Leading to the Mass Murder1 min read