Are You There God? It's Me, Mushka 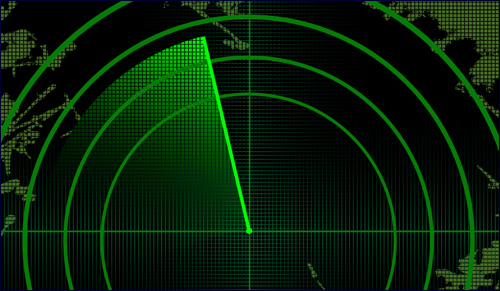 Is God our BFF who also just happens to rule the world?

Ever since I could remember I’ve thought about what it would be like to pray at the Kotel, the Western Wall. I imagined all kinds of spiritual awakenings and divine tricks. I waited for mystical rain and whispers from stones I’d heard ‘beat with the heart of man.’

I didn’t experience any of the fireworks that I envisioned when I kissed the stones for the first time. There were no heavenly voices, no tremors or rain symbolic of Godly tears. To my utter shock and dismay, it was just a wall.

The woman standing next to me had a different attitude. There was nothing spectacular about her. She would have been unmemorable among the many women with floral turbans, if not for the fact that she was wailing. Well, wailing is a kind understatement. She was shaking profusely and swaying like a freak at a circus. It’s ironic that a wailing woman should protrude in a place called the Wailing Wall, but she did. So I prayed that she’d stop. I don’t know if it was because I felt like she was intruding on my audience with God or because I felt like I was intruding on hers.

I shuffled around in my spot, moving just so, so that my elbow lightly nudged her waist, hoping that she might notice that she wasn’t alone and that she was awfully disturbing. She didn’t look up, and she didn’t stop crying. In fact, I don’t think she so much as noticed I was there.

I walked home uninspired but I couldn’t get her out of my mind. Her tears, her tumult; her grand parade of trapeze artists and fire dancers. I couldn’t stop thinking about the one thing that had me agitated and incited all the same; the most intimate, private exchange between man and God.

The word is thrown about effortlessly. But does it mean something?

I was told from a very young age that it does. As a child, prayer meant asking God for things I needed. A fruit roll up in my snack. A bigger allowance. The pink Barbie bike from Toys ’R Us.

As I grew up my prayers grew nobler and grave. Or so they seemed to. I’d pray from behind covered eyes. For loved ones’ recoveries. Peace in Israel. To solve world hunger. Things like that.

In high school I learned that prayer was a means to connect to God and to strengthen my relationship with Him.

But I didn’t pray much after that. It was all too foreign. Asking for things was easy. But to get to know Him? That was too much.

Plus, I wasn’t sure what prayer really meant.

“Prayer, in its purest form, is asking God for the things we need.”

So guess what? Turns out that it was in third grade when I was asking God to send me a Gameboy, that I had it best. My rabbi said, “Prayer, in its purest form, is asking God for the things we need.”

He’s busy making volcano eruptions, creating people and murmuring the creation of the world and He still wants us to pop in a couple times a day to ask for an allowance and say “Hey.”

Could it be? Does the mighty and awesome God I was taught to revere and worship want to grant my every wish? Does He hang my wish-list on His refrigerator and wrap my presents as I whisper and bow?

Is it possible that the Father I had been estranged from, the intimidating God I was too scared to get to know, wants to hear my every silly thought? My frivolities, my hopes and dreams and the little fears that keep me awake counting sheep?

Are these chats recreational? Just a light way to connect to God over a latte and biscotti? Is God our BFF who also just happens to rule the world? Or is He the therapist we’re too proud to hire? Does He just sympathize or can He prescribe as well? And when we pray and lend the most vulnerable parts of ourselves, what can we expect in return? When it seems we’ve given our all and we return empty handed, does it mean He hasn’t heard us at all, or that His answer is simply no?

Or is He that kind of dad, softened by age, who can never say “no”? Maybe His answer always is “yes” but we’re less inclined to see it that way because we can’t believe it’s that easy. Could it be that our fortune actually is changing, sometimes so microscopically, passing too quickly for our eyes to register? Are our worlds shifting so drastically, to us, it’s almost as if they haven’t moved at all? Or are we just not making room in our lives for our wishes to come true?

I guess it’s like how my dad sees it. Like that one time he tried to get a gallon of water from the water machine in Vegas. He dropped a quarter in the slot and waited for his water. Which did come out, sure enough, splashing all over his shoes. Turns out it was a B.Y.O.B. -- bring your own bucket. Because, apparently, for 25 cents in the desert you could not expect a ready packaged gallon of water. It was just a faucet.

My dad, the genius, could have walked away feeling like a fool, soaked in his own folly, but instead he chose to laugh and learn a valuable lesson. No matter how much you pray and sway and trapeze, even if you put a quarter in the slot, if you don’t create a vessel to catch the blessings, you’re just an idiot in drenched pants.

Mushka Greenberg is a writer from Buffalo, New York.

Getting Your Prayers Answered

PODCAST: Are You There, God? It’s Me, Praying

Just Pray for It

Seizing Change
Why Are The Prayers Of Yom Kipur So Repetetive?
Ha'azinu 5783: A Time for Unity!
Twisted Thinking
Comments