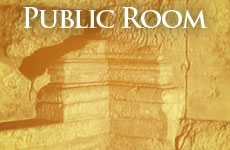 Here, close to Wilson's Arch, is the "Hall of the Hasmoneans."

Here, close to Wilson's Arch, is the "Hall of the Hasmoneans." It was "discovered" by Charles Warren during his excavation work in the late 1860s. Impressed by its beauty, Warren named the room the "Hall of the Freemasons."

The room includes a number of distinctive features:

For a fuller view of how the room may have looked, enjoy the following picture. 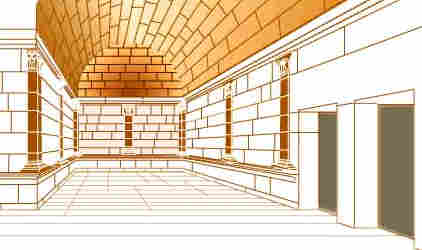 Was this a Chamber of the Council Building, mentioned by Josephus? Archaeologists believe that this building was used much earlier, during the reign of the Hasmoneans, for some public function. This is one of the few remains of the magnificent buildings from the Second Temple Period. 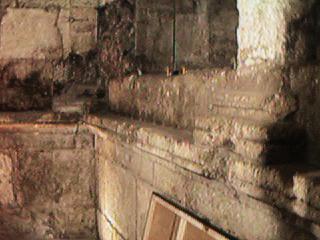 The hall is part of a group of buildings from the Second Temple era, which are located next to the Temple Mount. Take a moment to appreciate the beauty and grandeur, and the room's unique dressed stones. Such craftsmanship is the mark of the Herodian period. If you look a little closer, you can see the decorative cornice and the capitals that originally ran all around the room. 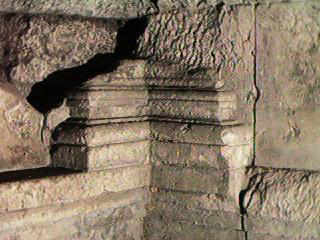 In the center of the room, you'll see a Corinthian pillar. During the Middle Ages the full pillar was brought into the room to support the ceiling, which had been damaged during the course of time and needed support.

We also see a Mikveh, which was supplied with water from a subterranean spring. Some feel the presence of the Mikveh indicates that the room may have been used by the Cohanim as part of their performace of the Temple service.

Ever wonder what the ancients used for ballistic missiles? That's right, ballisticae! 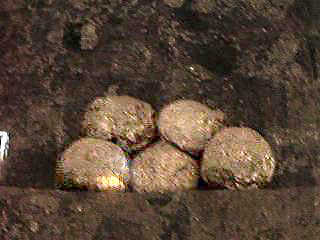 Right in this room, you'll find a number of ballisticae that were launched by the Romans during their attack on Jerusalem in 70 C.E., and later against the Bar Kochba rebellion in 132 C.E.

Fortunately for us, the damage at that time was small, and today, almost 2,000 years later, we are back, actively reconnecting to our precious past. And instead of the Jewish people, it is the Romans who have been buried in the sand dunes of history. 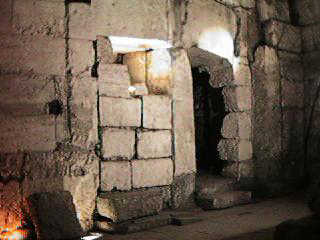 You glance one more time around the room, aware of the dim lighting, the cool air, almost ableto conjure up a vision of the people of those times. What did they do here? Why did they come? Your mind races through a hundred images.

Could it be that these rooms were opened to ordinary Jews? Perhaps they were used as places where the public could eat from the offerings they would bring to the Temple, almost like an ancient picnic area or barbeque!

Maybe we are not so distant from our ancient brethren after all...

You can easily see the vision of a family, the father, the mother, the pack of kids and animals, coming to the Temple from miles and miles away, coming for Passover, Shavuot or Sukkot. They would bring a peace offering and include some of the meat from that offering in their festive meal. Where would they eat? Perhaps right here, in this room. Yes, it could have been like that...and now you are here.

Of course, the offerings and the life of the Temple are enough to fill their own tour. For now, though, we'll leave this room and turn back until we come upon a large chamber with four wings.

Struthion Pool
For Every Individual, A Torah Scroll
Allegiance To The Monarch
Meet the Real You: Yom Kippur
Comments
MOST POPULAR IN Seminars