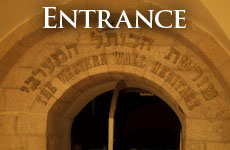 We begin our tour into the tunnels by entering a room that British explorer Charles Warren dubbed "The Donkey Stable."

Built at the end of the Middle Ages as part of the existing city, this room, and several others in the area, eventually became filled with rubble. It took 17 years to gradually uncover all the accumulated rubble from these underground rooms and reveal them once again to the world.

This isn't the first time that rubble and garbage had accumulated near the Western Wall. There were many legends relating the uncovering of the Temple Mount. One of the most fascinating concerned Suleiman the Magnificent: For many centuries, the Wall was covered completely, and many searched for it. When Suleiman learned that people came from far and wide to dump their garbage in one particular spot, it was felt that this must be the lost site of the Temple. He came up with an ingenious ruse to remove some of the garbage. He announced that gold was discovered around the area of the Western Wall. He buried a few gold coins there. Word got out and people came running and digging for the gold. In the process, enough rubble was removed in one month's time to expose a small area of the Western Wall. Yes, the lure of gold is great and the secrets of the Tunnels are many... 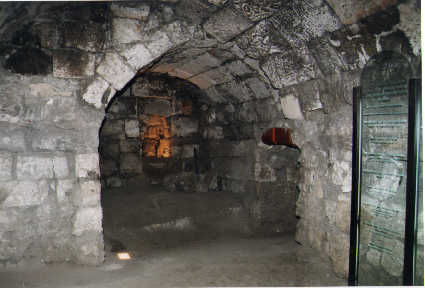 Today, continuing restoration work has revealed a series of underground vaults and arches that formed a platform supporting the buildings above the Tunnels. When Saladin defeated the Crusaders in 1187, he embarked on a plan to build mosques and schools, and to give people greater access to the Temple Mount. 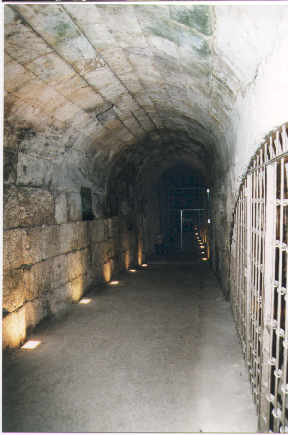 Until that time, the existing city was lower than the Temple Mount. Saladin raised the level of the city to the level of the Temple Mount through the construction of a series of arches and vaults. The area where we are was part of that underground support system. With the city above, areas like this were sealed off and used as water cisterns and for storage.
A golden light beyond our view beckons us to see what's next. A turn through the next arch, and we enter an area known as the Secret Passage.

Quarry and Aqueduct
For Every Individual, A Torah Scroll
Allegiance To The Monarch
Meet the Real You: Yom Kippur
Comments
MOST POPULAR IN Seminars