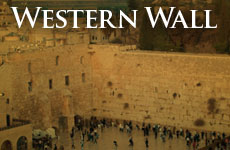 It was once called the "Wailing Wall," for all the generations of Jewish tears shed at this holy place of yearning.

Once called the "Wailing Wall", the Western Wall of the Temple Mount is referred to in Hebrew as the "Kotel", the "Wall." The Western Wall Plaza has been opened since 1967 to all people as a place of prayer and study. The varied actions and accents around us each call for our attention, but let us move through the crowd and examine the Wall itself. 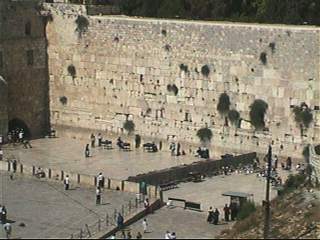 At first glance, it looks like a single wall, but closer examination reveals that it is actually made up of three distinct layers:

At the top are smallish uniform stones, attributed to repair work financed by Sir Moses Montefiore in 1866.

There is much speculation as to when the layers of medium-sized stones were added. Estimates range from the Omayad and Abbasid Moslems to the Crusader period.

Beneath that are the larger Herodian Stones. Close to the bottom, these stones become more uniform and complete, clearly displaying the classic "boss" or frame around each stone, a trademark of Herodian building.

On the right side of the women's area of Western Wall Plaza is Barclay's Gate, named for an American tourist who "found" it in 1848. Amazingly, this portion of the Kotel is the western opening of an actual gate that led into the Temple. Some 2,000 years later you can literally feel a chunk of history in your hands. 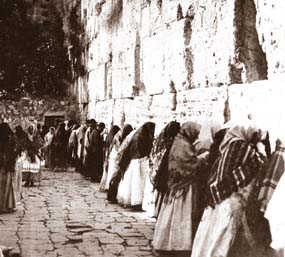 You pause for a moment and absorb the immensity of it all. The history, the strange pull this place has on our hearts. Why do we keep coming to pray here? Why do even those who maintain a healthy skepticism still take time to write a note to place in the Wall?

Could it be that the rough touch of the stones also touches something deep inside us? Is there perhaps a hidden Kotel in our hearts and souls? 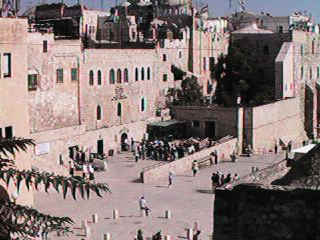 You linger a while longer and find yourself a little lost in these peaceful thoughts. Jerusalem...the Kotel...Could it be that the hidden tunnels really do reflect a still, small place in our souls?

We pause to absorb The tunnel entrance waiting area the history, the beauty, the radiant spirituality of this place. And with a prayer that we be successful in our quest for truth, we head for the tunnel. 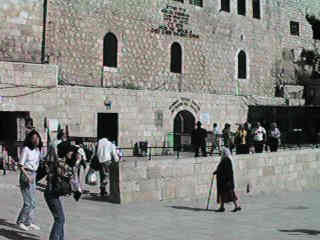 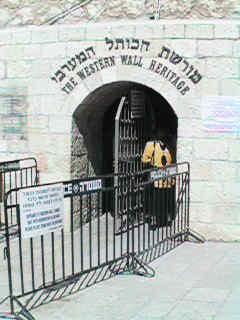 Exit and Epilogue
Vayelech 5783: Regret and Repent
Rabbi Sacks: Focus On the Important, Not the Urgent
Put Your Foot Down: Are Human Feet Poorly Designed?
Comments
MOST POPULAR IN Seminars