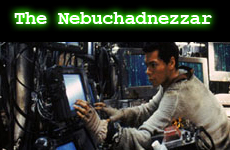 Come with me, see for yourself.

Morpheus: You believe it's the year 1999 when in fact it's closer to 2199. I can't tell you exactly what year it is because we honestly don't know. There's nothing I can say that will explain it for you, Neo. Come with me. See for yourself.

This is my ship, the Nebuchadnezzar. It's a hovercraft...

The Wachowski Bros made the film. When asked about the name of the ship they replied:

The Nebuchadnezzar is indeed a Biblical reference, from the book of Daniel. 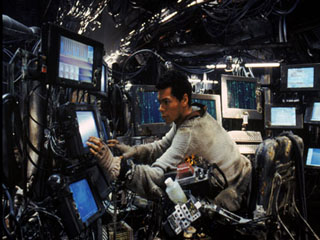 This is the main deck. This is the core where we broadcast our pirate signal and hack into the Matrix.

Who was Nebuchadnezzar and why, of all the referrences to him in the bible, why choose Daniel?

Nebuchadnezzar, ruler of the Babylonian Empire, was the epitomy of evil. He would dine on the heart torn from a living rabbit, and it was his army that brutally destroyed Jerusalem, burned the Temple of Solomon, and exiled the surviving remnant of Jews to Babylon.

Yet, in the book of Daniel we get a different view of him. He was given a prophetic dream, that Daniel deciphered, showing all of human history. He went through one of the all time awesome morph scenes, and ultimately, came to acknowledge God's hand in his life and history. 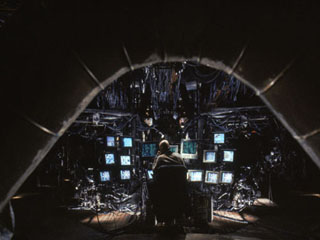 Nebuchadnezzar's rule marked the transition from the biblical period of open miracles and prophecy to a new world where miracles are hidden and decisions are made based on intellect.

Nebuchadnezzar's life traced the path of awareness and awakening, and change. A very appropriate name for a craft whose crew is dedicated to just that, bringing an awakening to mankind.

Know What You Know4 min read

Free Will and Destiny2 min read

The One2 min read