The Truth about Lemons 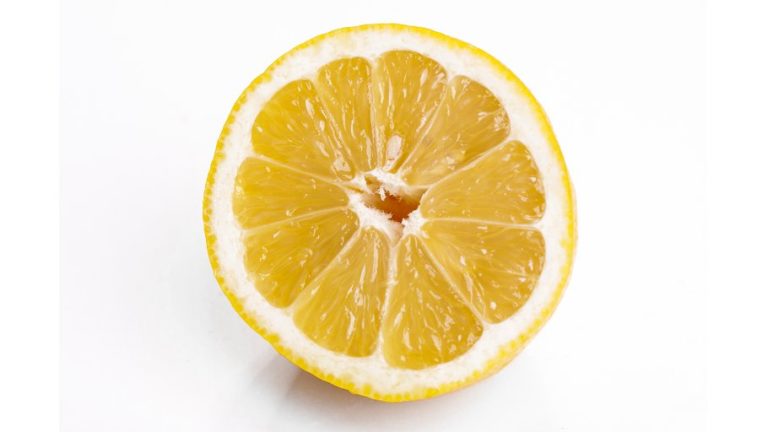 My father is sick and I'm completely powerless. Now what?

I’ve heard people say a lot of stupid things, but ever since September, when my father was diagnosed with a cancer so rare everyone asks, “Is that even possible?” when they hear about it, the list of Stupid Things People Have Told Me has reached an all time high.

“Oh…” they murmur, sympathetically. “I’m so sorry. How are you doing?” Pity oozes out of their every pore as they rest their hand, in what I’m sure they assume is a comforting gesture, on my shoulder. Next comes the part where they try to offer me some words of wisdom. My favorite so far? The person who looked me straight in the eye and said, “You know when life hands you lemons, you just have to make lemonade.”

Seeing as how it would be impolite to smack them and run screaming from the room, I usually just clench my fists and force a nod.

Were it not for societal constraints, I’d scream, "THAT IS THE STUPIDEST THING I HAVE EVER HEARD!" right in their unsuspecting face.

Life does not hand you lemons, sugar and a pitcher.

Life chucks bricks at you.

Life tosses you a chain saw and yells, “Catch!”

Trust me, you would be lucky if life just handed you lemons.

I know that people mean well. And I suppose if I’m going to be honest, I would admit that I’m not really angry at them anyway. Maybe what I want to really do is cry to God, Why me? Why us? Why my father?! Maybe what I really want to do is wake up from this parallel universe I’ve somehow fallen into and find that -- voila! -- everyone is healthy and back to normal.

Maybe what I really want is some control over all these calamitous events that are happening in my life.

I fluctuate between all five stages of grief at one point or another during the day.

I looked it up and found that there are five stages of grief: denial, anger, bargaining, depression, and acceptance. That sounds about right. I fluctuate between all of them at one point or another during the day. I pretend like everything is fine, I get angry when I remember it isn’t, I make deals with God like,  I’ll pray every day for the rest of my life if You… I eat massive amounts of mint chip ice cream.

There’s a saying my father is very fond of, paraphrased from the words of the Chafetz Chaim to one of his students.

Let me ask you, if you’re on the train and you want it to go faster, are you going to go outside and push it?”

“Of course not. That would be pointless. So stop trying to push the train.”

Acceptance doesn’t mean desperation. It just means understanding that you are not the conductor and you can not just get out and push the train.

Everyone always quotes the statement of our Sages that says, “Everything is in the hands of Heaven except fear of God." In other words, you have no control over anything in life. And the truth is, we don’t fully realize this until we’re thrust into events like this where it’s so clear how little control we have.  I’m not a surgeon; I can’t operate on my father to make him better. I have no idea how chemotherapy works so I can’t very well convince it to do a better job. I don’t even have any power over the cells in his body that are mutating in disturbing ways.

I. Am. Completely. Powerless.

The “lemons” God hands you can either make you bitter -- or better.

I may be only 19 but I know this much: the “lemons” God hands you can either make you bitter -- or better. I could ask “Why!” until I am blue in the face. I could beg and plead, be angry, stay in bed all day. But none of those would actually help anyone, least of all me.

There is only one question worth asking, and that is: What do I do now?

Everyone focuses on the first part of the saying, the part where they make it very clear just how little control we have. What people don’t remember is the second part: everything is out of our hands except for our fear of God. In these situations, where it feels like the trains is going so fast you may very well fly off the tracks and end up in a ditch somewhere, there is one thing you’ve got going for you. You, and only you, can decide how this will affect your relationship with God. Do you realize what a big deal that is?

Some people ask me how I can still have faith in God when my family is being put through the ringer.

"What does one have to with the other?" I ask.

"Well, aren’t you angry?" they want to know.

So go ahead, be angry. Make bargains, eat chocolate. But don’t forget that there is a fifth step, one that is more powerful than any other painkiller: accepting the fact that you have no control. Whether you like it or not, you are sitting on this train and it is going wherever it’s going, at whatever speed it’s traveling at.

So stop trying to push the train.

Sivan is a 19-year-old resident of Fair Lawn, NJ, where she lives with her parents and three younger siblings. She has recently begun working for non-profit organizations which help raise money for pediatric cancer patients. Her latest endeavor has been training for the upcoming Miami marathon in January in order to raise money for Team Lifeline in honor of her father's recovery. You can check out her website at http://www.teamlifeline.org/mypage.php?myid=56404 .

Here’s What I Want