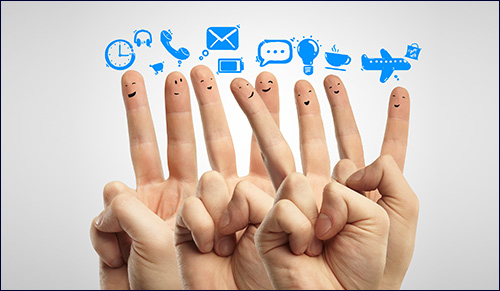 The new Pew study demonstrates that Israelis are amongst the happiest people in the world. Here are 8 reasons why.

If when you think about Israelis, you imagine angry taxi drivers or militant extremists, think again. According to a new study by the Pew Research Center’s Global Attitudes Project, Israelis are amongst the happiest people in the world. Asked whether they are satisfied with, “the way things are going in your country today,” Israelis positive responses ranked them number 2 amongst industrialized countries.

1: Life in Israel is never boring.

And why shouldn’t they be happy? Israel is the Promised Land! The Land of Milk and Honey! The Start Up Nation! The self carbonation capital of the world (See: Soda Stream)! It’s easy to think otherwise after watching the daily dose of depressing media reports so in order to remind ourselves of the reality, here is a list of 8 reasons why Israelis are amongst the happiest people in the world.

1. Life in Israel is Never Boring

Have you ever woken up late, read the morning paper, looked around and wondered what you are doing with your life and if anyone even cares? In Israel, that never happens. Not only do all of your fellow countrymen care about you, and they will let you know to your face if they agree or disagree with any decision that you have made over the past 10 years, but the entire world cares about what you are doing. Your actions are on the front page of every newspaper in print. If you live in certain neighborhoods in Jerusalem and apply for a permit to extend your porch and it is approved, you may even cause an international incident with foreign politicians castigating you for being a ruthless settler. Congratulations, you matter!

Who knew that crushing up sesame seeds and adding copious amounts of sugar could create such sweet flaky goodness? We’re not suggesting that Israelis invented Halva, but they definitely perfected it. Case in point: The Halva Kingdom. Their Halva is so good that they have actually been coronated. Ever tried their Belgian chocolate halva? Once you do, you will become a loyal subject forever.

3. Every Day is a Spiritual Retreat

Have you ever felt the need to “recharge your spiritual batteries?” In today’s world that’s no tall order. You may need to travel to a spiritual retreat in Colorado to focus on your “inner you”, or perhaps even a trip to Tibet. Well in Israel all you need to do is get on the number 38 bus that takes you to the Western Wall. Ya, you know that area that is considered one of the holiest places in the world by billions of people on earth and housed the ancient Jewish temples? It’s only a short sweaty Egged bus away.

As parents we teach our children to be afraid of strangers. In Israel, kids you don’t know will ask you to help them cross the street, ask you to help them in the grocery store (for some reason 8 year olds in Israel do their own grocery shopping), or engage you in a conversation about anything from current events to whether you have some extra candy. Israel is like one large extended family so kids don’t see you as a stranger, more like a cousin that they’ve never met before. A few years after you help them cross the street, they may even invite you to their bar mitzvah.

5. If you contract an illness (God Forbid), one of your countrymen will likely invent something that saves your life

Not only is Israel the Start-Up Nation it has also become the biotechnology/nanotechnology/other useful technology nation as well. While the rest of the world has been dumping buckets of ice water on their heads, an Israeli Biotech start-up called BrainStorm Cell Therapeutics has reportedly cured Rabbi Refael Shmulevitz from his ALS symptoms. We just came up with a chant for one of those boycott Israel rallies:
Hey, Hey!
Ho, Ho!
Boycott Israel, except if you get sick and need one of their life saving treatments.

Wars are of course terrible, but if you have to have an army, the Israeli army is the one to have. Israeli soldiers fight heroically, are amongst the most compassionate and humane in the world and are at times, actually pretty funny. These guys for example, rubbed hummus on their faces as a fundraiser, and to make you laugh. Read that again: they were making you laugh while fighting a war! Let’s see you do that Jerry Seinfeld!

America’s national pastime is baseball. Canadians are known for their love of hockey. Well, come to Israel and take up matkot. Mat-what you ask? Matkot is kind of like racquetball but it’s played on the beach and there’s no winner or loser – the object is simply not for the ball to touch the ground. You see, that’s what we need in the Western World: sports that have no point. Seriously though, do we think that watching 400 pound men give each other concussions every Sunday is the way to existential happiness? While you are thinking about that question, play a game of matkot and see how it makes you feel inside.

If you’ve ever traveled around the United States you’ve no doubt been impressed with historical landmarks such as Lincoln Memorial in Washington D.C. built in 1922 or the Liberty Bell in Philadelphia constructed all the way back in 1752. In Israel, Jewish historical sites go back over three thousand years. 1752 is considered recent history. You want to go for coffee? Meet your friend at the City of David, as in King David, King of the Jewish people three thousand years ago! Want to go on an interesting adventure? How about a visit to Hezekiah's Tunnels, the tunnels built by the Jewish king Hezekiah in advance of the Assyrian invasion approximately 2700 years ago. Want to take your kids on a hike? Try the Judean Hills and crawl though some of the caves built by the Jewish rebel leader Bar Kochba as he hid from the Romans. When you walk the streets of Israel, you are literally walking in the footsteps of the prophets. And in this crazy world we live in, where everything is changing so rapidly, and nothing seems constant, knowing that you are another link in the chain of the Jewish people that stretches back thousands of years, well, that must give you a pretty happy feeling.

Was Elvis Presley Jewish?
In the Shadow of David and Goliath
Where Do the Laws of Nature Come From?
Saadiah Gaon, Rashi and Maimonides: How Three Rabbis Revolutionized Judaism
Comments