That's Just How I Am 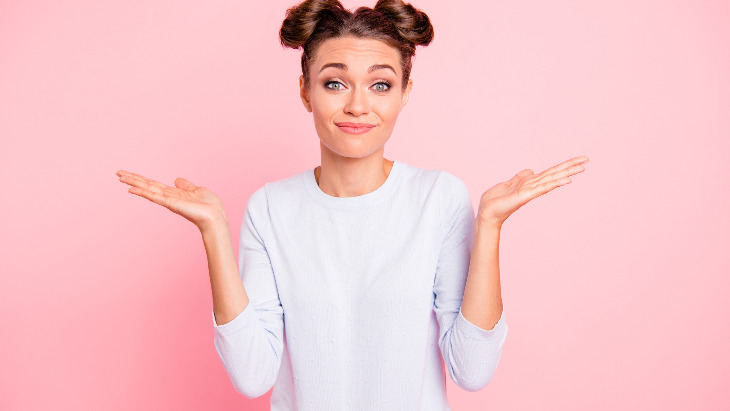 Free choice is the ly human trait. Tapping into this power is a primary goal of the High Holidays.

Why are we lazy? Why do we overeat? Why are we always getting angry?

If we are ever reprimanded for improper behavior, we usually have one ultimate response. "That's how I am." We are what we are.

This answer, in effect, is a way of saying that we are not responsible for our actions. We are saying that we cannot change ourselves because that is how we were constructed. In other words, we do not have the free choice to be otherwise.

"That's how I am" is such a popular response because, in fact, most of us do not believe that we have free choice. This is one of the characteristics of modern man.

There are good reasons why we like to avoid the belief that we have free choice. One is that it is more convenient for us to do so, for it helps us avoid guilt feelings for any of our shortcomings. We are interested in following our lower desires and do not want to feel guilty about our behavior. No one needs to feel guilty about a nature over which he has no control.

Another reason is the deterministic attitude of science which has permeated all levels of popular thought. The evolutionary description of the origins of man turns him into another animal. We are, like animals, a bundle of nerve-endings and emotional drives. Animals have no control over themselves. It follows that neither do we.

If our appetites and drives define us, then we have no reason to change. Philanderers, embezzlers and abusers do not have themselves to blame. They are merely victims of their natures. Do we find it difficult to get along with our neighbors? Our parents are at fault for not having given us the proper upbringing. Why are there so many people in jail? Society is to blame. And so the list goes on. We are all innocent bystanders, victims of a pre-determined world.

Rosh Hashana is a time when we can begin ridding ourselves of this attitude. This is the day, the first of Tishrei, which corresponds to that day when the first human was created. We, as well, are able in a sense to recreate ourselves on this day.

Man was given this quality because God wanted him to choose out of his free will to recognize Him and to adhere to His laws. In fact, this is the purpose for which God brought all of creation into being. To do this, man had to have free choice.

This is why the Sages say, metaphorically, that on the first Rosh Hashana, God was recognized for the first time as "King." Similarly, in our prayers on every Rosh Hashana, we address God as our "King." King in Hebrew has a special connotation. A king is a sovereign who is accepted willfully by his citizens, unlike a ruler who imposes himself on his subjects against their will. Since a "being with free will to choose" now existed, God could now be recognized for the first time as "King," willfully accepted by mankind.

The first day of man's creation is also the day of his judgment. Because man has free will, he is responsible for his actions. A responsible person has to answer for his actions. Just as on that first Rosh Hashana man was given life, similarly on that day every year God judges man as to whether he deserves to live for another year.

This judgment depends upon whether or not man has used, and intends to use, his free will properly. If man chooses to use it to subordinate himself to God, he deserves life; otherwise he does not.

Choosing to subordinate our lives to the service of God is not an easy task. But it is not possible unless we bring home to ourselves that we have free choice to act as we want. For without the capacity to choose, how can we decide how to direct our lives?

Thus, the first step in approaching Rosh Hashana and its judgment is to remind ourselves that we are free to choose. We are not merely highly developed animals. We are responsible human beings. We are in capacity for free choice. In fact, this is why we were created. We can choose to avoid arousing our lower desires, and choose to overcome them after they are aroused -- no matter how difficult this may be.

The holiday of Rosh Hashana is a time when it is vital that we regain our belief in our free choice and that there is nothing stopping us from changing. The next time we feel like saying, "That's how I am," we should ask ourselves instead, "What would I prefer to be?"

Why It's So Important for You to Judge Others Favorably
Were Adam and Eve Jewish?
How I Learned to Love the Multiverse
10 Big Jewish Inventions
Comments