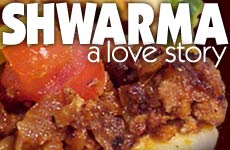 Sometimes a person needs to meditate and think about things. Most of the time he just needs to eat something greasy.

Most of my musician friends in college were either into heavy drug use or meditation. They were looking for a way to recreate the high of a performance in other areas of life.

I chose the spiritual route; I dug the Eastern flavor.

The problem was that too many years of serious coffee addiction had made it impossible for me to sit still for more than five minutes. I couldn't meditate. I bounced off the walls. My eyes flickered. My nose twitched.

But I wasn't willing to accept my spiritual impotence. I blamed the world around me.

"I hate hippies," I told a friend of mine.

"They ruin my inner peace."

"It's that damn patchouli oil. Stinks the peace right out of me."

Deep down I knew that meditation wasn't for me. I pretended to be into it because my friends were into it.

I kept trying. Years went by. I came to a point in my life where I was beginning to experience an ethnic Jewish awakening. I bought a book on Jewish meditation in an attempt to justify my growing interest in Judaism with a need to still look cool in the eyes of the "art crowd." I tried gazing at letters in the Hebrew alphabet. I thought about various interpolations of the different names of God. I drove myself crazy.

I couldn't meditate because I couldn't find the space behind my head; I kept thinking about dandruff instead.

"I can't find the space behind my head!" I confided in a friend of mine.

"What are you talking about?"

"The book says 'focus on the space right behind your head.' I keep thinking about dandruff and male pattern baldness. This isn't spirituality. It's insanity."

I discussed my problems openly.

"Maybe God's a practical joker," I told a friend.

"The vehicles to transcendence are totally unnatural. Who in their right mind can sit around all day clearing their brain of static?"

"Maybe you're looking in the wrong place."

Then a Middle Eastern friend turned me on to my first shwarma.

"Come, I give you an experience," he said.

He took me to a greasy Israeli joint.

The guy behind the counter brought out what looked like an overweight tortilla.

"Laffa," my friend informed me.

"What the heck is that?"

The guy behind the counter took the trouble to explain, "It like giant flat pita. You no stuff it. You roll it."

My friend slapped on a thick helping of crushed chickpea paste.

He loaded it up with chopped cucumber and tomato salad, French fries and a mysterious meat substance.

He rolled it up and handed it to me.

I took a bite. Grease ran down my arm.

"This is unbelievable," I said.

The feeling stayed with me for almost a week. It was in my head. It was on my breath. I knew I was on to something big.

I extolled the virtues of shwarma to everyone. It was all I talked about.

I ran into some of my meditating friends.
"How can you spend your day sitting around like a lotus? There is shwarma to be eaten."

"We're into connecting to a higher reality."

I'd found it. I'd thought that in order to experience spirituality I had to do something "spiritual." I was wrong. True transcendence isn't about slipping off into an artificial world. It's about finding spirituality in the here-and-now.

The first way is eating shwarma because it's shwarma. The second way is to use shwarma as a spiritual vehicle.

I began to teach people about higher eating.

"There are two ways to eat shwarma," I began. "Way number one is to inhale the thing. Open wide and swallow. It's similar to the way a dog eats."

"Way number two is to pause a moment and say: 'Isn't it great that I can live in a world where I can have an experience like shwarma,' and then inhale."

"The first way is eating shwarma because it's shwarma. The second way is to use shwarma as a spiritual vehicle. It is to realize that this meal is an opportunity to connect to God, to plug in and experience transcendence. Why meditate only an hour a day? You can always be on the lookout for spiritual experience."

I had discovered the secret of higher living; elevate the physical. All of life is a tool to connect to something bigger. Sometimes a person may need to take time-out to think about things, to meditate. Most of the time he just needs to eat something greasy.

My Family’s Life-Changing Summer in Israel

Jewish Cheerleader in the Bible Belt
It Takes A Lot Of Faith To Be An Atheist
How Instagram Brought Back This Nostalgic Soup
What Makes Eli Run?
Comments
MOST POPULAR IN Spirituality
Our privacy policy