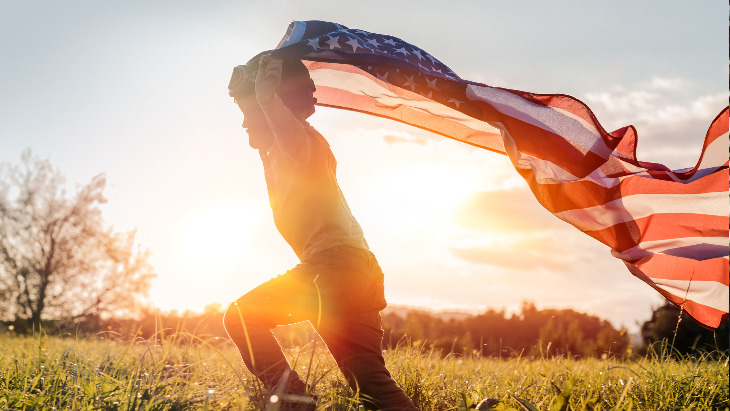 The Exodus story is, of course, first and foremost a Jewish narrative. But it has over time become an American narrative as well.

Jews everywhere will be gathering this weekend, as they have gathered each spring for more than a hundred generations, to take part in the world's oldest continuously observed religious tradition: the Passover Seder. They will recount the great story of their birth as a nation – the story of the Exodus. That narrative tells how, after centuries of bitter slavery in Egypt, the Jews were redeemed by God and led into freedom. Their emergence on the world stage was as astonishing as the journey that followed – a journey that, against all historical precedent, has not yet ended.

From the outset, Jews were enjoined never to forget how their history began. Again and again, says the Bible, Moses impressed upon them the duty to keep the memory of the Exodus alive: "And when your child asks you in time to come, saying, 'What is this?' then you shall say to him, 'With a powerful hand the Lord brought us out of Egypt, from the house of slavery.'" Thirty-three centuries later, Jewish families still gather at the Seder table each Passover so that children can ask those questions and be answered by their parents.

But it isn't only Jews for whom that tale has resounded with such power and meaning. For other Americans, too, the stirring Exodus story has long been a timeless source of inspiration and insight.

"No biblical narrative has been more important in US history than the Exodus," writes Stephen Prothero, a scholar of religion and history at Boston University. "In fact, the Exodus story may be the American story – the narrative Americans tell themselves to make sense of their history, identity, and destiny."

After the Continental Congress voted, on July 4, 1776, to approve the final text of the Declaration of Independence, it moved to its next order of business: the designation of an official national emblem. A committee comprising Benjamin Franklin, John Adams, and Thomas Jefferson was named "to bring in a device for a seal for the United States of America." Two of them proposed images drawn directly from the Passover story.

Franklin focused on a scene described in Exodus 14. According to his notes, which are in the Library of Congress, he suggested a seal showing "Moses standing on the Shore, and extending his Hand over the Sea, thereby causing the same to overwhelm Pharaoh who is sitting in an open Chariot, a Crown on his Head and a Sword in his Hand. Rays from a Pillar of Fire in the Clouds reaching to Moses, to express that he acts by Command of the Deity." To accompany that image, Franklin drafted a motto: "Rebellion to Tyrants is obedience to God."

Jefferson had a different notion, one inspired by an earlier passage in Exodus. In a letter to his wife Abigail, Adams recorded that Jefferson's idea was for a seal showing "the Children of Israel in the Wilderness, led by a Cloud by day, and a Pillar of Fire by night."

Franklin's seal underscored the involvement of God in the workings of history and the liberation of oppressed people. Jefferson focused on the people's response.

As Meir Soloveichik, the director of Yeshiva University's program in Torah and Western Thought, notes perceptively, while both Founding Fathers were looking to the Exodus story, they were emphasizing different themes. Franklin's seal underscored the involvement of God in the workings of history and the liberation of oppressed people, in much the way that the brand-new Declaration of Independence expressed "a firm reliance on the protection of divine Providence." Jefferson, by contrast, focused not on God's miracles but on the people's response. In his view, says Soloveichik, the seal of the new country ought to "celebrate freedom as a journey, as a process." 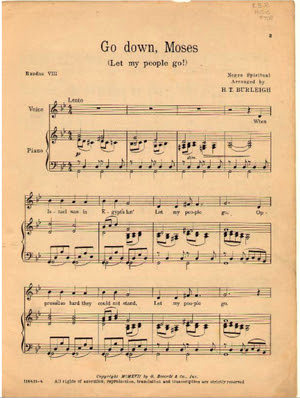 Time and again, Americans caught up in great causes invoked the Exodus account of the Jews' redemption from Egypt. To abolitionists and enslaved Africans in the South, the Passover story could not have been more relevant. Harriet Tubman, who personified the heroism of the Underground Railroad, was reverently called "Moses" by her admirers and followers. In aching spirituals like "Go Down, Moses," Black Americans identified their experience with that of the Jews in Egypt and with the biblical assurance that deliverance would come.

Even Hollywood has linked the Exodus story with contemporary American affairs. The 1956 blockbuster "The Ten Commandments" originally opened with an onscreen introduction by director Cecil B. DeMille, who wanted to make clear that his Bible epic was not just for entertainment. Its theme, he said, was stark: "Are men the property of the state, or are they free souls under God?" He added: "This same battle continues throughout the world today."

The Exodus story is first and foremost a Jewish narrative, of course. But it has over time become an American narrative as well, of enduring relevance at Passover and all year long.

Jewish Ideas That Transformed the World

A Journey through Jewish Sicily
The Promise Of The Land
Which Chat Are You On?: Parshas Behar/Lag Ba’Omer
Do You Like Slow-Cooked Food? Thank the Jews
Comments
MOST POPULAR IN History
Our privacy policy