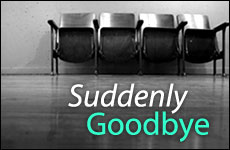 The sudden death of a friend taught me a few important lessons.

I arrived at school that day, last Wednesday, November 16, 2005 (14 Cheshvan 5766), with a world of problems of my own. I was having issues with people over something really stupid that I said a long time ago that they decided to bring up once again, Hamlet wasn't going to read itself, and I still couldn't figure out the Algebra homework from the night before.

I got out of my mom's van and shut the door, not saying a word to her, not even the usual goodbye that she gets from me every morning before dropping me off at my high school. We had a heated exchange that morning and we were both still fuming. I walked in the front door, not looking back to see her pull off like I usually did, not even feeling guilty for not telling her goodbye.

I was at my locker getting my books out for my one morning class when one of my friends came up to me and told me that there were two ambulances outside. "Someone died on one of the school buses," he said.

At first I dismissed it as nonsense; kids at my school start rumors like that and make things out to be worse than they really are. At the very worst whoever had "died" on the school bus had probably just passed out because he or she didn't eat breakfast or something. I spent the rest of the time before first hour talking and laughing with friends, and trying not to focus of the words my mom and I had exchanged.

I went through Journalism and Senior Dance just like I did every day, even having a bit of fun as I tried to think about how good the rest of the day was going to be. My better mood carried on to American History.

It was 20 minutes into the hour when a man suddenly came into the classroom, carrying a piece of paper. He had a solemn, almost scary, look on his face. I will never forget him or that look as long as I live.

"Who is this man? Why is he here?" I asked myself, my mind immediately replaying the words my friend said to me earlier that morning. My stomach began to feel sick as the 30 pairs of eyes peered at the poor man. Somehow I knew what the next words to come out of his mouth would be.

Tiffanie Judd was an eleventh grader like me, 16 years old, and though I really didn't know her that well because we never had classes together, I have friends who did. She was a really pretty girl, with beautiful long brown hair and a sparkling smile, a cheerleader who was friends with everybody, a girl who loved her job at the local pizza restaurant, and one who, even on the very last night of her life, smiled and laughed and lived with such enthusiasm and energy.

She died just before 8 a.m.

It was all so sudden. The whole school was speechless.

Nothing else mattered -- except for one thing. In my anger and frustration that morning, I didn't say goodbye to my mother.

Suddenly nothing else mattered. Nothing that was bothering me that morning seemed to be of great importance anymore. The only thing I could think about was the enthusiastic, happy girl that God had taken away from us. Hundreds of people gathered in the library with me to hold each other and cry and cry and cry.

Nothing else mattered -- except for one thing.

In my anger and frustration that morning, I didn't say goodbye to my mother.
What if something would have happened to her while she was driving the city bus? What if she got into an accident on the highway? What would I have done, knowing that the last thing I ever said to her was probably an insult, knowing that the last thing I said to her might have hurt her deeply?

The fight was over something stupid, something that I let get to me and bring out the worst in me, something that should not have gotten in the way of me telling my mom goodbye, but it did.

Don't let the silly stuff take precedence over what's really important -- the first of many life lessons I learned on that fateful autumn day. Too often, we let the unimportant things, like money, work, and our issues with other people and with ourselves, take control and we forget to thank God for the things that do matter: our families, our friends, our lives, and our dreams.

That day also woke me up to the realization that anyone could be gone at any minute, regardless of age, and that life is right now. The past is the past; it's over, and your future may never come.

You have to live for and appreciate today.

Written in memory of our friend and classmate Tiffanie Judd, who suddenly died from a congenital heart defect.

Toni Thrasher is 16-year-ld Junior at Granite City High School in Granite City, Illinois. Her favorite things to do in her free time is to write stories and poems, dance, sing, and hang out with her friends.