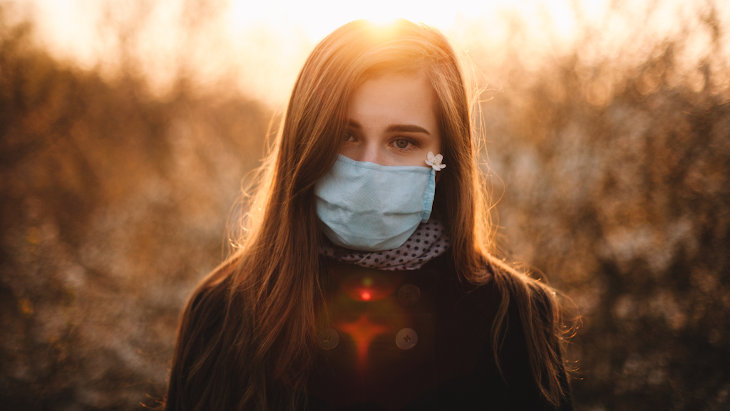 In our rush to retain some semblance of normalcy we haven’t allowed our kids to mourn what they've lost.

While the risk of Covid-19 remains lower for teens relative to the adult population, many are worried about inadvertently spreading the disease to their parents and older loved ones.

Many are asking themselves: What are my responsibilities for keeping the people around me safe? How do I deal with renewed senses of fear and hopelessness? Do I add additional stress by confiding my feelings onto my parents?

Being a teenager is stressful enough, but coupled in with a pandemic? Unprecedented.

Yet most worrying of all, kids have not had the appropriate mediums or ample time to express their thoughts and feelings throughout the ongoing situation.

Being a teenager is stressful enough, but coupled in with a pandemic? Unprecedented.

But perhaps in our haste to readjust to the new normal there was one crucial element we forgot to consult: our kids.

Yes, retaining some semblance of normalcy was critical, but in such a rush we haven’t fully allowed our kids to recognize and mourn what they've lost, and how best to move forward.

Judaism provides a structured period of mourning that allows the mourner to experience all the evolving emotional stages related to their grief. Rather than dust themselves off their feet, Judaism takes the approach that better for the mourner to undertake certain practices of mourning, so that in a year from now, they can properly re-associate back into society. Rather than rush the process to continue life as normal, Judaism values the importance of realization and solace in an individual’s loss.

A teenager’s job, social life, camp experience, and school are not the same online, and they’d prefer those in leadership positions would sympathize with that reality rather than putting on the veneer that everything is more or less fine.

No screen can fill the void many teenagers are feeling. Attempting to reproduce it in a virtual space while simultaneously disengaging with those participants and discussing how or if they’re coping, is equally devastating.

Which breaks us back to mourning. In Jewish law, the consolers must not speak until the mourner first speaks.

Contrary to other social visits, consolers are not there to engage, but rather to be engaged. To offer support, but only when that support if first requested by the mourner. Comforting mourners is a way of showing concern for those in distress, showing them that they are neither abandoned nor alone.

In moments of distress and despair, Judaism teaches us to step back. Leave the one immersed in the pain to first explore their feelings, get acquainted with their new reality. We respond only once they are comfortable expressing themselves.

Our teenaged children, students, neighbors and friends are in some way or another in a period of mourning. They're mourning for a life that unexpectedly ceased to function, replaced with a new, more distanced reality with no certain end.

The aim for us, the consolers, must be to ultimately show our teenage mourner that we are concerned about his or her distress. The word “silent” and “listen” contain the same letters. Effective listening requires equally effective silence.

Giving teenagers the space to feel they are not only heard, but valued, is our job this school year.

As our teenagers head back to school, in whatever form that may be, it’s imperative to remind them that sometimes things in life aren’t okay, and that itself is okay. Giving teenagers the space to feel they are not only heard, but valued, is our job this school year. To listen rather than to speak. To give our teenagers the room to process their emotions.

The plethora of Jewish online programming has shown the value we as Jews place on building and maintaining community. This year, our communities look and feel a lot different. Let's collectively come together to affirm that we are here, educators and counselors, teachers and rabbis, moms and dads, to help, to validate, and above all, to listen.

Shabbos Kestenbaum is a Junior at Queens College majoring in Jewish Studies and Russian. A former Judaic Studies teacher at SAR Academy, Shabbos now works as an advisor for the National Council of Synagogue Youth (NCSY), College Board Member of Bnei Akiva of North America, and counselor at Camp Moshava IO.*

What Was Saved from the Hurricane

How I Suddenly Became a Dangerous Person