The Olive Branch of Peace 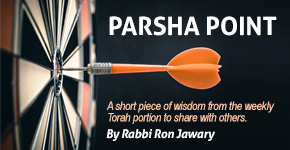 "Noah built the ark and the rains fell for 40 days." 314 days later, Noah sent out a dove and it returned with an olive branch in its mouth. The dove is symbolic both of the Jewish nation and of peace.

It returned with an olive branch to show that, even after destruction, the Jewish people pick themselves up and rebuild (Rabbi Avigdor Miller, 20th century). The Jews as a nation have faced countless floods, exiles, Crusades, inquisitions, pogroms, libels and the Holocaust. Yet just like the dove, they have always returned and focused on rebuilding rather than on exacting revenge.

In fact, Rav Yaakov Emden writes that the survival of the Jewish nation is as great a miracle as the splitting of the sea. He made this statement 200 years before the establishment of the State of Israel, a clear symbol of the ability of Jews to rebuild in spite of the many factors opposing them. Civilizations come and go, empires rise and fall, but with God's protection, the Jewish nation will always be around to remind the world what its values should be. Part of the Jewish people's DNA is to focus on building a nest for our future generations just as the dove. It is no coincidence that just as the dove only found a place to rest the third time it was sent out from the ark, the Jews have also come back to the land of Israel three times. May Israel be blessed with peace.

She Called Him Moses

The Promise of Physical Blessings

Choosing Life This Rosh Hashana
Faith: the Axis Upon Which the Wheel of Science Turns
Love - Not Just About Chemicals Anymore!
Is There a Moral Code in a Virtual World?
Comments

More Articles on Noach
MOST POPULAR AT Aish.com
Interesting Facts about Jews in Early America
Our privacy policy