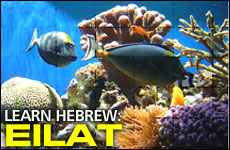 If you're looking for a place that combines a breathtaking desert view, underwater natural treasures, warm sea water year-round and lots of sun, then Eilat (אֵילַת) is the place for you.

Eilat is Israel's southernmost city, a popular resort and busy port (נָמֵל - namel) located at the northern tip of the Red Sea (יָם סוּף - Yam Suf), connecting Israel by sea to the Far East and the countries surrounding the Indian Ocean. Eilat is adjacent to the village of Taba in Egypt (מִצְרַיִם - Mitzrayim) to the south, the port of Aqaba in Jordan (יַרְדֵּן - Yarden) to the east, and within sight of Saudi Arabia across the gulf.

The history of Eilat is ancient and rich. It is mentioned in the Bible as one of the stops in the Israelites' journey during the Exodus (Deut. 2:8). And during the glory days of King Solomon (הַמֶּלֶךְ שְׁלֹמֹה - Hamelech Shlomo), Eilat served as a major port (see 2-Kings 14:21-22, 2-Kings 16:6). 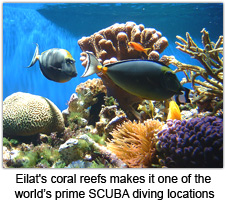 Modern Eilat was established in the early 1950s and became vital to Israel’s early development. After the 1948 War, hostile Arab countries blocked all land routes and denied Israel passage through the Suez Canal. This made Eilat and its sea port crucial to Israel's communications, commerce and trade with Africa and Asia. In 1967, Egypt's closure of the Straits of Tiran to Israeli shipping effectively blockaded the port of Eilat, leading to the outbreak of the Six Day War.

The pristine coral reefs along Eilat's coast make it one of the prime scuba-diving locations in the world. The clear waters and warm year-round temperatures allow for visibility up to 100 feet. Scuba diving equipment is readily available for rental.

Eilat today is home to 46,000 people, including 200 Sudanese refugees who arrived in Israel on foot in 2007 and were given refuge in Eilat. 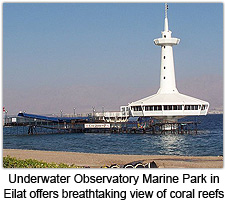 Underwater Observatory Marine Park - פַּארְק הַמִּצְפֶּה הַתַּת-יַמִּי - is located 20 feet under the waterbed, offering a genuine glimpse into the breathtaking world of the coral reefs and spectacular colorful fish.

Dolphin Reef - רִיף הַדּוֹלְפִינִים - is home to a group of bottlenose dolphins who live in a natural habitat that visitors may observe – and even swim with the dolphins.

International Birding & Research Center – Eilat is located on the main migration route between Africa and Europe, and draws many bird-watching enthusiasts. 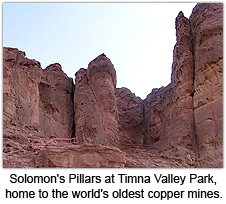 Timna Valley Park is located 15 miles from Eilat and home to the oldest copper mines in the world. The park is noted for its natural sandstone formations, including King Solomon’s Pillars, which were formed by centuries of water erosion through a crack in the sandstone cliff – until it became a series of distinct, pillar-shaped structures. 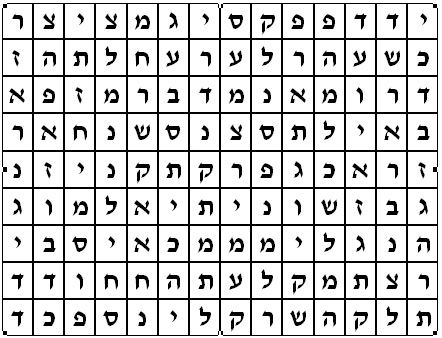 Learn Hebrew: Passover
The Connection between Israel and the Jewish People
Grit and Torah
Why We Can’t See True Reality
Comments
MOST POPULAR IN Learn Hebrew Series
Our privacy policy