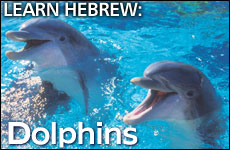 Did you know there are dolphins (דּוֹלְפִין) living near the shores of Israel? When they were first observed during the 1990s, they were thought to be sharks. Marine biologists soon discovered there was nothing to be afraid of: pods of dolphins living in the Mediterranean Sea had come to visit!

Dolphins have since been observed near the Israeli coastline on numerous occasions, mainly near fishing boats where they find plenty of food. It is estimated that 300-400 dolphins currently live near the shores of Israel: bottlenose, striped, common, Risso's and rough-toothed dolphins, and the Indo-Pacific humpback dolphin.

These species have been identified by IMMRAC (Israel Marine Mammal Research & Assistance Center - מחמל"י) which studies the cetacean populations that inhabit the Eastern Mediterranean and the Gulf of Aqaba/Eilat. They study the dolphins’ habitat, behavior, and trends in population. They also respond to real-time reports of distressed dolphins and run a modest rehabilitation facility for sick and injured animals. 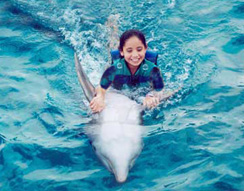 If sailing for hours in the Mediterranean hoping to spot a dolphin is not your "cup of tea," and you prefer more immediate satisfaction, consider the Eilat Dolphin Reef on the shores of the Red Sea. This is a unique ecological site where a group of bottlenose dolphins, including babies born at the site, maintain their daily routine of hunting, playing, courting and socializing.

Visitors can enjoy getting close to the dolphins from floating piers and observation points, or during guided swims or dives. The dolphins are free to choose between human company, or to continue their daily routine in the group. 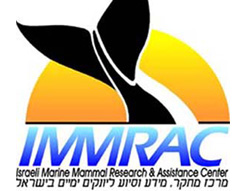 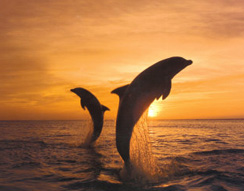 יָם
Yam is a unisexual name meaning "sea" or "ocean.” 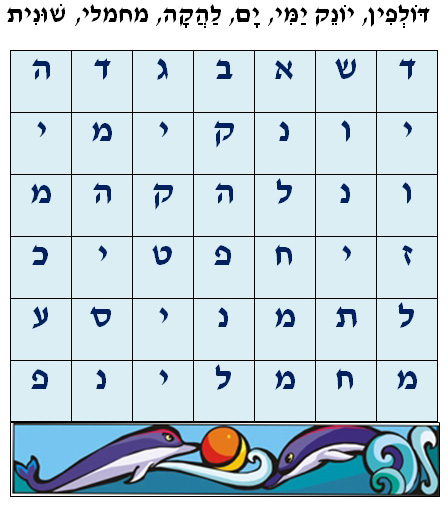