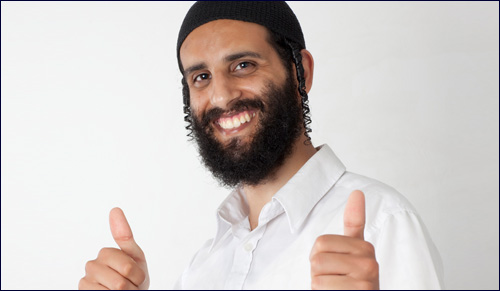 Ever since my article “Mattel Releases 13 New Jewish Barbies” was published right here, I’ve had many humor writers ask me for advice on making their own stuff specifically funny for Jewish readers. I apologize for ignoring your emails and texts all these months, but I already have enough competition with all the other clever wit and intelligence surfacing weekly on Jewlarious. Additionally, I’m constantly feeling challenged to write younger than my years so my strict Jewlarious editor won’t consider me an old fogey. Even now, just using the outdated phrase “old fogey” was a risky choice for me and I could be cleaning out my author drawer as of today.

Nevertheless, because one of my secular New Year’s resolutions is to be more altruistic, I will graciously put aside feeling vulnerable and threatened by your obvious talent and youth long enough to divulge the following 10 Tips:

You’ll thank me later for all these guidelines. Okay, alright . . . so possibly I’ve deliberately misadvised you on a few things because I don’t want my future writing competition to be too fierce. Is that such a crime? Just figure out which ones they are and do the opposite. And meanwhile, I’ll already have a few small sins to cast off during 2017’s Tashlich ceremony when our New Year arrives on September 20th.