The Last Laugh: Thoughts on the Arab-Israeli Conflict

The Biblical conflict between Isaac and Ishmael is rooted in laughter. And it's no joke.

The ongoing conflict between the Palestinians and the Israelis has spawned vast amounts of analysis, opinion and comment.

There are those deliberating the immediate situation, and how to remedy it. Then there are those who look at the broader picture and try to untangle the contorted past century of Jewish-Arab relationships. Both of these approaches deal with the situation as another conflict-of-interest war. The analysis starts with universal needs and desires and is limited to those issues.

Yet one does not feel that this is the whole story. The element of religion, the common Biblical reference points, the centuries of Jew-Moslem relationships all seem to point at another dimension of conflict -- that this is a more sweeping struggle than any one of the particular issues at hand.

When studying God's deeds, an over-confidence in one's hindsight is chutzpah.

It is foolhardy and presumptuous to make more sweeping statements about events that have not yet been concluded, are so broad in scope, and are so long in the making. When studying God's deeds, an over-confidence in one's hindsight is chutzpah. But we have an obligation to attempt and study the events in a Torah perspective, as the Torah itself bids us to do: "Remember the days of the world, and contemplate the years of every generation." (Deut. 32:7) We will therefore attempt to sketch out some of those broader Torah perspectives.

Before we begin, let us explain that the Torah perspective of Jewish history rests on two axioms:

These two axioms are the elementary Biblical themes, that even a simple reading will confirm.

Abraham was told that at the age of one hundred he would have a child. Sarah laughed ("laughed" is tzchok in Hebrew) in disbelief. God reprimanded her: "Why did Sarah laugh? Is there something God cannot do?"

When the child was born, he was named Isaac (in Hebrew Yitzchak, which is the same word as "laugh"); Sarah said: "For God has caused laughter to me."

It is strange that the same term for which Sarah was reprimanded would now become her son's name. The commentaries (starting with Onkelos) define the first tzchok as "making derision, to laugh at something," whereas the second tzchok is laughter of "merriment, happiness, joy." But the very fact that the same word serves two diverse meanings gives us pause. And being that this became Isaac's name, it means that the life of Isaac is somehow tied up in tzchok.

One more element to consider: Ishmael was Isaac's half-brother, sharing Abraham as a father but having a different mother, Hagar. The Torah tells us that Ishmael was a negative influence on Isaac. But the Torah uses a most unusual word for that negative influence of his -- metzachek! Metzachek means either "mocking of" or "causing Isaac to be lightheaded." Somehow, we get the feeling that this tzchok is the axis for the Isaac-Ishmael relationship; it is both the good of Isaac and the bad of Ishmael.

What is laughter -- that common human expression, that includes the happiest of moments and the cruelest satire?

What is this tzchok? What is laughter -- that common human expression, that includes the happiest of moments, the cruelest satire, and the light enjoyment of fun?

Thus, a person is certain that in a given situation there is no hope left. His mind tells him that the case is lost, the patient will not live, the job is not his. And yet ... despite the dictates of reason ... he has triumphed! A great laughter fills him. The laughter of unexpected and unnatural gain against heavy odds.

A person makes fun of another person by showing how irrational and self-contradictory the other person's position is. This is satire, and it is the laughter of derision, the reaction to the stupidity and unreasonableness of the other's position.

Children playing in a vacation-like, carefree atmosphere are giggling and laughing. This gentle laughter seems to reflect their carefree existence -- no obligations, no assignments, no responsibilities.

Though Abraham and Sarah became stronger and stronger believers in God, they were still bound to have an underlying gut instinct that nature was a firm determinant, and that the laws of nature were reality in itself. When Abraham and Sarah -- two old wizened centenarians -- were told that they would have children, Sarah could not resist a giggle of disbelief. Her tzchok was a reaction to this irrationality.

God then told Abraham to "go out." The Midrash explains this to mean to "go out of your confines of the natural process." The shackles of nature are not absolute and God can lift man above them. Therefore, when Isaac was born, he was called Yitzchak for his existence was totally irrational -– the personification of impossibility come true. It was the laughter of happiness that was totally unexpected.

But for every good that rose up in history, there was a counterbalance of evil, and Isaac's counterbalance was Ishmael. He also had the power of tzchok, but in a sinister and destructive way. The Midrash says that the tzchok of Ishmael has implications of idolatry, bloodshed and sexual immorality. This means that whichever one of the sins that he used to try to entice Isaac, the means was similar: tzchok.

For instance: idolatry. A person can attack religion through reason and argument, or he can make jest of it, and mock it to oblivion. Bloodshed can be the product of an extreme hatred or fear, or it can come as a result of lightness of regard for the sanctity of human life. And sexual immorality is almost always the result of lightheadedness and frivolity.

It is written regarding the days of the Messiah: "Then will merriment fill our mouths." (Psalms 132).

We now have two tzchok's diametrically opposed in their direction. Isaac's tzchok is the laughter of one who realizes that the obstructions and tests of this world are but temporary and illusory, and knowing that God lifts us above them causes the tzchok of joy. As it is written regarding the days of the Messiah, "Then will merriment (tzchok) fill our mouths" (Psalms 132).

But Ishmael took this same character trait and used it negatively. By mocking the spiritual, using laughter to shrug off responsibility, and lightheadedness to ease the seriousness of life, he was destructive. He lived in the desert, a nomadic life, that is a life without a clear sense of boundaries and givens. There things are always shifting and there are no fixed givens.

The ultimate mockery was vis-a-vis Isaac. Later when Esau fought Jacob, he wanted to kill him and take away his inheritance, but Ishmael claimed that the inheritance was his to begin with, and therefore he had no need to take it away.

The violence and bloodshed are terrible and tensions are high. But psychologically what irks us more than anything else is the Arab adoption of our history as theirs. The Temple Mount? It's an ancient mosque with no connection to Jewish history. Hebron? Abraham is their father and Ishmael his favorite son.

When truth is abandoned on this scale, no lie is shameful. A bomb exploded in Israel? That's just a contraption, meant to provoke.

The Germans wanted to destroy us, but they did not take our history away from us.

This is the tzchok at its worst. The Germans wanted to destroy us, but they did not take our history away from us. The Christians claimed that Israel lost its status as favorite, and the Holy City became Rome. But the Moslems claim that they are the inheritors of Abraham, that they are the "Jews." Jerusalem is the Holy City and it is theirs.

Which of these two scenes is the more horrifying?

This is the horror of Ishmael's claim against Israel. The Arab world is not fighting us, they are simply assuming our identity!

I once sat next to an old Arab on a plane flight. He had long ago immigrated to the United States, and was telling me about Islam and the Arab culture. He was friendly, warm and emotional. Then he told me, "When the prophet saw your people, he exclaimed, 'Can these people be the Jews [of God]; we are the Jews!"

But why are we suffering from Ishmael now?

It used to be that we dealt seriously with our religion and our Torah obligations. We needed to prove the pros and cons of various Torah laws. Today we have simply learned to laugh off the various laws of the Torah. Very few are prepared to debate the veracity and validity of Torah; it is simply laughed off as irrelevant.

If we are cavalier in our attitude to God, then He will take us seriously either.

I was once sitting on a plane next to two non-religious Israelis. As usual, the topic returned to religion. One of them explained that he only believes in the Ten Commandments, because "who knows who wrote the rest." I started to explain the overlapping history of all the rabbinic works. He simply waved it off with his hand, saying: "Those rabbis will say anything." It was impossible to argue with him, because he deemed it not arguable, just muddled mythology.

The conversation meandered until it came to Zionism, where he became very excited. I then told him, "Well, how do we really know the land of Israel is ours?"

"What do you mean? The Bible is full with it, and our history is rife with it."

I replied, "Well, we don't even know who wrote the Bible, and the rabbis invented many things." I did this deadpan, and he flew into a rage, ready to choke me.

Couldn't this be one of God's messages to us? "If you will be cavalier in your attitude to Me, then no one will take you seriously either. If you deny the obvious, then the most outrageous lies will be foisted on you."

Maybe God is saying, "Take Me seriously, and you too will no longer be a joke!" 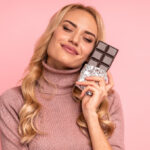 What's the Difference between Happiness and Pleasure?1 min read